#BaeSoBlessed: The perils of posting your love online 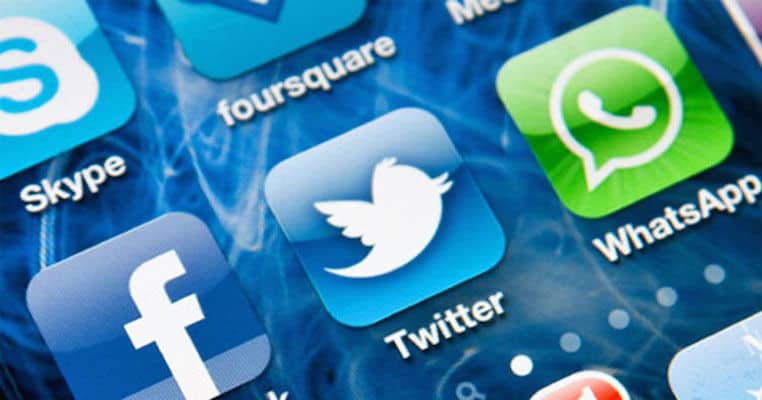 Facebook, Twitter and Snapchat are filled with posts like this. Instagram is an especially bad culprit, in my book. Social media is designed to make us all constantly feel FOMO and a sense of slight jealousy about the lives of  others, even as we try to instil those very same feelings in them.

Besides for money, one area that effectively pokes the green-eyed monster in others is sex and/or love. If you are getting cuddles in the depth of winter, someone needs to know.

Social media is allowing people to construct perfect love lives filled with brunch dates, lingerie, expensive gifts and a well-lit Usie (a selfie with more than one person). Couples YouTube is even a thing.

With so many ways to curate love and sex, how does social media affect our sense of relationships and how to engage with them?

For example, if someone laid out their entire relationship online, speaking about ‘My King’ and ‘My Queen’, and if the ‘The Royal Family’ should then disintegrate, does the kingdom not have a right to know? My answer to this question is yes. As a loyal subject, and after weeks/months/years of following the regal proceedings, I feel that a royal decree is necessary.

There is something about witnessing a relationship online that makes it feel as if we are all in it together. When someone constantly posts about lunch with bae, shows us the sneakers/new watch/weekend getaway the lover just got for them, or invites us into their bedroom because ‘Sunday cuddles are nice’, we are all dating here.

This is officially a three-way.

Much as this can affirm your relationship, it opens it up to ‘nosy neighbour syndrome’: people now have a stake in the relationship, coupled with a view, and will post it, unabashedly. This added pressure on your relationship can have people striving to achieve ‘couple goals’ that are show cased through these posts, wanting to be as perfect as the couples they see. The perfection online often causes people to question their own relationships.

Posting can damage your relationship

According to a Forbes article on research done by Havas Media:

= Almost one-third of those surveyed stated they often exaggerate their statuses and posts on social media, including about their relationships.

= 68% state they have used their social networks to check up on ex-partners.

= 75% state they believe that social media can ruin or at least harm relationships.

The need to present a perfect relationship and life on social media can cause harm to relationships on various levels. One obvious one is that it can create unrealistic expectations.

“Once we have ‘gone public’, we begin to compare our relationships with those of others who are ‘public’ too,“ says the article. Going beyond the sad ‘likes’ that you are giving on Facebook, people have already done the research proving that social media websites (Facebook in particular) actually erode a user’s self-esteem, as people compare themselves to others.

The pressure to have your love online in these days of ‘post it or it didn’t happen’ and making things ‘Facebook official’ means that not only are people flooding the timeline with fuzzy pictures of fun times but there can be adverse effects on your relationship.

Above and beyond this are the many arguments/think pieces (and haters) who state that couples who share their intimate moments online are actually less likely to be happy. I am somewhat inclined to agree. Although some couples are simply selfie snap-happy, there have been quite a few cases, in my observation, of couples posting online at an astronomical rate in order to cover up tensions at home. I have observed posts where one half of a couple has posted, ‘Cannot believe I am so blessed with (insert name here); you are my everything’, when I knew for a fact that the day before they were ready to set fire to their partner’s favourite clothes because he/she were ‘trash’.

There is also research that shows that the more you post, the more likely you are to have social media-related conflicts with your partner. The Journal of Cyberpsychology, Behavior and Social Networking found that these conflicts were not just play-fighting, given that they ‘correlated with infidelity, break-ups, and even divorce’. The lead researcher stated that ‘the more a person used social media platforms, the more likely they were to monitor their partner’s social media activity.’ This means that all the double taps you are spreading around on an ex’s photographs may be something your partner has picked up on.

The bottom line is this: Relationshipping is hard enough without 7 000 of your closest friends watching. So, before you post online, have a think. Is it something you really need to share or are you low-key poking a sleeping, green-eyed, bear?