Finding love in an online place: Queer digital dating on the African continent 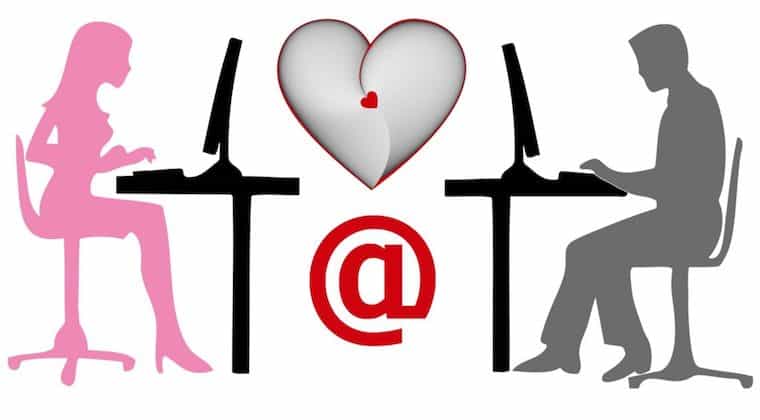 As a queer person on the continent, finding bae, being part of #CoupleGoals or even finding that Friday night frisky partner can be difficult. You cannot simply go out dancing and hope to grind up on a potential partner or look sexy at a bar and hope to be bought a drink because most social spaces are geared for heterosexual hook-ups. Even curated queer spaces are not always free from discrimination, as was seen in the case of a lesbian speed-dating event in Kenya that, in the mind of the head of the Kenyan Film and Publication Board, became a ‘lesbian orgy’ and was subsequently shut down.

So, if you cannot find love ‘the old-fashioned way’, where are you to go?

The digital realm is becoming a space in which queer people on the continent cannot only find community but also those much sought-after potential baes that keep the winter cold at bay. Alongside various social media platforms like Twitter, Facebook and Instagram, there are also dating apps. As is the case with heterosexual people, members of the LGBTQI+ community find themselves on Grinder, Tinder and Her, looking for love. In fact, there are quite a few out there – on various sites you can find lists of the ‘Dating Apps Lesbians, Queer, & Bi Women Will Actually Want To Use’ or ‘7 for the LGBTQI+ and POC community’. The problem is that despite this array of apps, few are available in the African context. Many of the up-and-coming dating apps are available only in the West and sometimes they are even specific to particular countries and locations.

Using apps where it is not safe

In many spaces where same-sex engagements are outlawed or dangerous, LGBTQI+ people are using the apps for hook-ups, meet-ups and everything in between. However, when you speak to queer people on the continent, you will find that they lament that the pickings are slim. This is especially true of Tinder, which seems to be overpopulated by heterosexual men. It is also no secret that in many countries dating apps are a breeding ground for extortion, arrest and even violence. In Egypt, police have been known to use the dating app to track and imprison gay people, with undercover policemen posing as potential dates and accepting nudes. In Ghana, there are instances of people being robbed and stripped and photos taken to be used as a form of blackmail.

Dating apps can be a blessing but are often more of a curse when they are not sensitive to specific contexts.

Enter the new app, LIIV, a platform where you can connect more safely and privately. It is a social networking app that specifically caters for the needs of love seekers in the developing world, and it is currently being launched in Kenya. The two queer men at the helm of its creation, Kirk J.W and Chad LeB, recognised that most of the apps that allowed queer people to get together were developed in the West and did not speak to the needs of those in developing countries. This app is ‘for us, by us’, says Kirk, who went on to outline how he struggled to meet people in a safe way in his home country of Trinidad and Tobago.

Read: Where is our Fuckperson detection app?

The social networking tool has several features that aim to protect its users, like screenshot blocking to videos and images that disappear after a few seconds, à la SnapChat. One safety feature of the app is ‘app cloaking’, which disguises the app as a calculator. With many a snooping family member or friend about, the app looks and functions like a calculator until a password is entered, allowing it to revert and be your gateway to all the sexy users on your screen. This is coupled with a security feature that allows you to ‘fake your location’ to within a certain distance to bring about that added level of safety when meeting someone.

Kirk J.W and Chad LeB emphasise that the main added value of this app is that it addresses the context in which many users function, namely one that is potentially unsafe. The added levels of protection give users peace of mind while they try to get a piece of someone else.

These front-end features are coupled with a back end that continuously wipes the information saved on the server. ‘The app has end-to-end encryption,’ says LeB. He goes on to explain that once the conversation is viewed by both parties, the information is wiped from the server.

The need for safety and security is just as important as a having great social experience on this app, given that offline violence and discrimination can sometimes spill over online. The digital world does, however, have the potential to be a safe haven and to make things easier come Friday night.