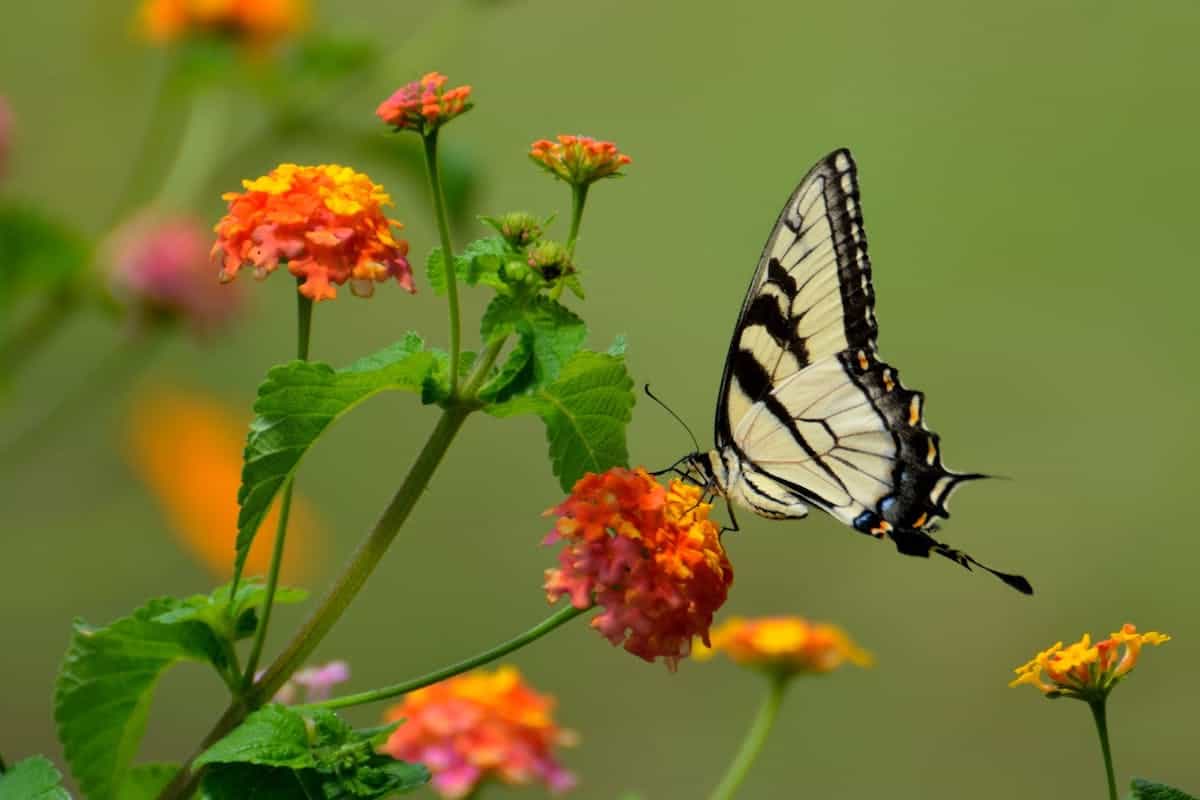 Forest ecosystems play a central role in sustaining the livelihoods of hundreds of millions of people globally, and particularly of indigenous and local communities with historic ties to forested and forest-adjacent areas. Governments, policy makers and climate justice initiatives should engage local communities, particularly women to establish contextual and sustainable benefit sharing mechanisms and transfer technical skills and knowledge for conservation and environmental protection.

The conservation of forests in Kenya has been a challenge to policy makers due to over reliance on forest resources for energy, pressure from illegal logging, land grabbing and several other human activities. However, the Arabuko Sokoke case is a breath of fresh air in preserving and improving the resilience of a precious ecosystem in Kenya. The local community in Kilifi county has been proactively engaging in various projects to conserve and protect the mammoth forest.

Women indeed disproportionately bear the brunt of climate injustice, but they are at the forefront of fighting for a clean, healthy, and sustainable planet. A crucial step towards tackling the challenges of climate change is empowering women to safeguard the environment. In order to implement the transformative shift needed to respond to climate change, inclusive, gender focussed and just solutions need to be strengthened. It is  worth noting that the key role that women play in conservation is getting more visible and the various projects and initiatives to tackle the climate crisis are bearing fruit as women continue to take on leadership roles in climate action across Africa.

The Bidii na Kazi women cooperative, a gender-responsive sustainable agriculture project is one of the exemplary initiatives, which has changed the lives of numerous women and their families living in the forest area of Kilifi in Kenya.

With support from a community fund, the women breed and sell several species of butterflies as part of the group’s numerous efforts to conserve the Arabuko-Sokoke forest, an alternative source of livelihood to wood logging that depletes forests.

The Arabuko Sokoke Forest is home to many endangered animals and plants. The forest is the largest remnant of coastal forest in east Africa and is home to many endangered species, including four mammals and six birds. It is considered one of the most important habitats for birds in Africa. In total, there are 270 species of bird, 261 butterflies, 79 reptiles and amphibians, 52 mammals and 600 plant species in this region.

The forest is also associated with the Kipepeo butterfly project, an initiative which has been instrumental in the conservation of forest diversity and the livelihoods of local communities. The forest is a designated Unesco Biosphere Reserve and believed to contain massive deposits of titanium. The environmental effects of mining activities and illegal logging which include deforestation, and the loss of biodiversity have dire consequences on biodiversity.

Founded in 1993 at Mida Creek, Kilifi County, Bidii na Kazi women’s group has been on the forefront of helping to conserve the Arabuko Sokoke Forest in collaboration with Kenya Forest Service and Kenya Wildlife Service. The forest remains vulnerable to pressure from miners, loggers and land grabbers. Bidii na Kazi group is part of the Arabuko Sokoke Forest Adjacent Dwellers association (ASFADA) which comprises more than 152,000 members from 52 villages.

The self-help group, which is made up of about 30 individuals rears several species of butterflies for sale as part of their effort to conserve the Arabuko Sokoke Forest. The project, which seamlessly links conservation and development helps local community members to earn a living from the forest by breeding butterfly and moth pupae for sell, a sustainable alternative source of income to wood logging.

“The project has motivated us to protect the forest because it’s a major source of livelihood for us. Our members now earn between Sh500  [US$ 5] and Sh1,000 [US$ 10] a week, this has changed during Corona as exports had stopped but things are going back to normal, we expect that things will get better,” says Harafa Salim Baya, Bidii na Kazi Chairperson.

To catch parent stock from the forest and trade in butterflies, they had to first get permission from the local forestry office. They were taught how to capture, feed, and preserve the insects by the forestry workers. Members sell the pupae at Gede Ruins for between Sh20 [US$ 0.20c] and Sh120  [US$ 1.20] depending on the species.

Farmers collect adult butterflies and store them in transparent net cages as part of the butterfly project. Different varieties of trees are housed within these cages, providing nourishment for the caterpillars that will eventually become butterflies.

It takes roughly 24 days to raise a butterfly from egg to adult, and it requires knowledge of the plants that each species of butterfly larvae feed on. Some of the species the group rears include Papilio Demodocus and Junonia. The caterpillars hatch from the eggs laid by the butterflies. Caterpillars feed on leaves of forest trees and develop into pupae. A pupa is a stage in which a creature rests. The caterpillar transforms into a butterfly within the cocoon.

Farmers gather the pupae and transport them to the Kipepeo office in Gede Ruins, where they get paid per pupa. The pupae are thereafter shipped to several destinations, where they are displayed in live butterfly exhibits. Since a butterfly can lay up to 120 eggs, exporting pupae has little effect on the number of butterfly species in the forest. Farmers frequently have an oversupply of butterflies and release them.

Impact of COVID-19 on the project

When COVID-19 struck in 2019, butterfly shows around the world were forced to close, and exports came to a halt. Nature Kenya (an environmental society) and several of its members provided funds to help the butterfly farmers by providing small loans and food seeds in a bid to diversify their sources of income. This helped them to get through the worst of the pandemic, and now butterfly exhibitions are reopening and funds are coming by more easily as a result.

The group is also involved in other projects that link conservation and development. The group has been working on planting mangrove trees along Mida Creek Marine Reserve shores, an activity it carries out in collaboration with the Kenya Forest Service. The members grew thousands of seedlings, which were sold. Efforts to conserve mangroves have been beefed up to maintain a sound ecosystem within the coastal forest.

To support the women’s conservation initiative, men and youths have also joined in, a noteworthy participatory approach. “We are paid to keep the forest safe. My husband was a logger but now he engages in butterfly farming and has bee hives where he gets honey to sell inside the forest. He is more protective of the forest now that he knows he benefits from it, last year he was part of those who replanted trees in Mida Creek,” says 30 year old Idza Karisa, a member of the group.

The women have reported several benefits from this project and say their household food security and income have increased. They also are able to fund their children’s needs including education and healthcare without the economic difficultly that they previously faced. Aisha, another member of the group has been able to educate her children and start a beads business with proceeds from the butterfly project. “I used to have a hard time paying school fees because I am a single parent. Now, even with five terms this year, all my children have stayed in school because when I am not selling butterflies I sell beads to tourists.” This is the tale of most women who are members of the group. Their economic status has positively shifted since entwining themselves with the forest conservation efforts.

Another notable win the group registered  includes its involvement in the suspension of proposed controversial explosive oil and gas surveys in the forest  by a Chinese entity. The Chinese company was contracted by the government and the group signed a petition initiated by Nature Kenya calling for the government to stop the work. The exploration work would have involved underground drilling and explosive seismic surveys, which posed a significant threat to the environment and wildlife, some of which has been declared highly endangered. The survey would have also increased accessibility for loggers and poachers as has been observed in other African countries that engaged in similar surveys.

In a statement announcing the suspension of the exploration work, Managing Director of CAMAC energy, Augustin Nkuba said at the time, “We have made this decision in spite of the fact that we have complied with all recommendations and government requirements and also believe that the acquisition would not have had an adverse effect on the ecosystem in the forest. However, with the concerns raised we will not acquire the two seismic lines within the forest as previously planned.”

The women group has since become one of the forest’s biggest protectors. “The trees here are my bread and butter. I would never allow someone to cut down trees or do projects which are dangerous because if these butterflies die, I lose my livelihood,” Amina Sanga, a member of the Kazi na Bidii project said.

The Bidii na Kazi women group is now using part of its profits to purchase household items for its members. They hope to furnish houses and facilitate home improvement work for all the group members by the end of the next year.

To further diversify their income streams the group is also looking to acquire a 100 passenger capacity dhow-house restaurant made from local marine wood. The restaurant will introduce the coastal cuisine to the world and enable the women to showcase their Giriama cultural heritage.

The project is a good case study to show that linking conservation and development  can help to improve community livelihoods and empowers women through trainings and active participation in climate and environmental action. Through sustainable utilisation of butterfly biodiversity in Arabuko Sokoke Forest for the benefit of surrounding local communities the  Kazi na Bidii project has yielded positive results. The women have won local support in conservation efforts and demonstrated how protecting forests can provide sustainable alternative sources of income.

Related Topics:Climate changeKenyaWomen empowerment
Up Next