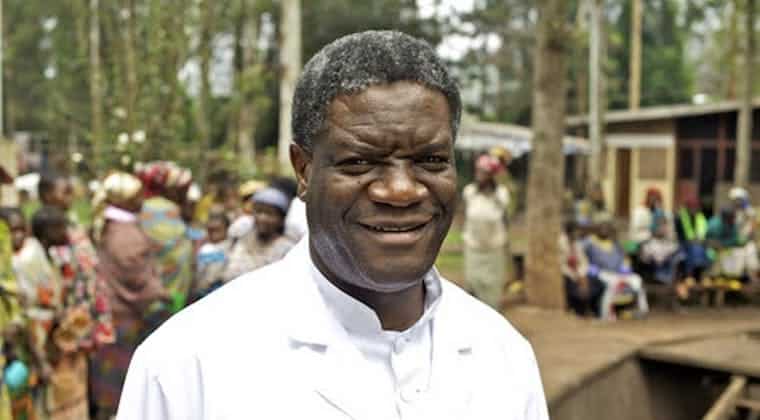 Regardless of who wins the Nobel Peace Prize this year, Denis Mukwege deserves the award for his important work in Congo.

Mukwege is a Congolese physician who heals broken bodies and restores dignity to survivors of sexualized violence at Panzi Hospital.

According to hospital records, he has personally treated over 20,000 women, girls, men and boys who have suffered the physical and psychological wounds of traumatic rape.

As a scholar-activist and the cofounder of Panzi Foundation USA, I travel regularly to the hospital in eastern Congo to conduct research, develop programs for rape survivors, and inform my advocacy work in the US.

Mukwege founded the Panzi Hospital in 1999 to stem the high maternal mortality rates driven by the war that raged near his home. His first patient, however, was a rape survivor who had suffered horrific internal injuries due to the perpetrator’s assault with a knife.

As the war continued, so did the number of women coming to him in desperate need of medical treatment for illness or wounds from sexualized violence.

Today, under Mukwege’s leadership, the hospital and its staff are known worldwide for their specialized care of survivors, including the surgical repair of fistula caused by traumatic rape or pregnancy.

The current staff totals 370 people, including 40 physicians, who provide world-class care for over 18,000 patients a year in an environment characterized by continued violence, poverty and a lack of basic services such as consistent water, electricity, sanitation and passable roads.

The need in eastern Congo is great. Over the last 20 years, nearly six million people have died and tens of thousands of women have been raped due to the ongoing armed conflicts.

These mass atrocities are a symptom of failed economic, social and political structures rooted in the legacy of colonization, gender disparities, the geopolitics of the region – and a scramble for “conflict minerals” made profitable by the first world’s consumption of electronic devices such as cellphones.

I first met Mukwege during a three-week research trip to his hospital during the summer of 2009. I was there to interview women about their experiences of gender-based violence, the resulting stigma and their hopes for the future. I also conducted a research methodology workshop for medical students completing their residencies at Panzi.

While there, I met 14-year-old Mateso – just one of the over 1,900 recipients of medical treatment at Panzi that year for injuries due to sexualized violence. She shared unspeakable horrors that were masked by her confident demeanor, ease and quick smile.

I asked Mateso why she thought it important to share her experience with me. She said, “I tell you my story because so many people don’t know. I want you to tell others.”

A year later, Mukwege and I joined forces, along with Peter Frantz, to cofound Panzi Foundation USA. The mission of our nonprofit organization is based on Mukwege’s vision and objective to raise awareness about the challenges in eastern Congo. We are engaged in strategic advocacy to end violence against women and support Panzi’s programs to heal women and restore lives.

A unique aspect of the hospital is Maison Dorcas, an after-care facility for survivors of gender-based violence.

Following discharge from Panzi, many women are unable to return to their homes. Some need follow-up care. Some have have been displaced from their communities because of the conflicts. Others have been cast out of their families due to the heavy social stigma associated with rape.

At Maison Dorcas, 200 women can extend their stay and receive counseling for the treatment of trauma, legal assistance for prosecution of perpetrators, literacy instruction and skill-based training. The programs are designed to enhance a woman’s ability to heal, provide for herself and her family, and take an active role in her community.

Panzi Foundation USA has also initiated a petition calling on Secretary of State John Kerry and other US officials to pressure the Congolese government to hold free and fair elections in 2016 that include women as candidates, advocates and voters.

Our work is informed by the belief that the restoration of women’s lives strengthens civil society and is one essential measure for stemming mass atrocities.

As one woman, Mwamaroyi, a survivor turned advocate, told me in an interview: “If I were given the floor, I would speak up and tell people that rape and violence have had terrible consequences. Please, it is time for the violence to stop.”

Persistent oversimplifications by media, aid agencies, development organizations, advocacy groups, academics and other well-meaning parties often distort the world’s perceptions of Congo. In order to break this cycle, the voices of survivors and the Congolese who work with them must be heard.

Mukwege is a tireless and outspoken advocate for women such as Mateso and Mwamaroyi – but not without personal cost. He receives death threats, and there have been serious attempts on his life.

Awarding him the Nobel Peace Prize will amplify an often overlooked indigenous voice, draw global attention to Congo, and help Mukwege confront the complex causes of suffering in DRC.

Related Topics:Democratic Republic of Congo
Up Next