The future of Africa rests with the youth 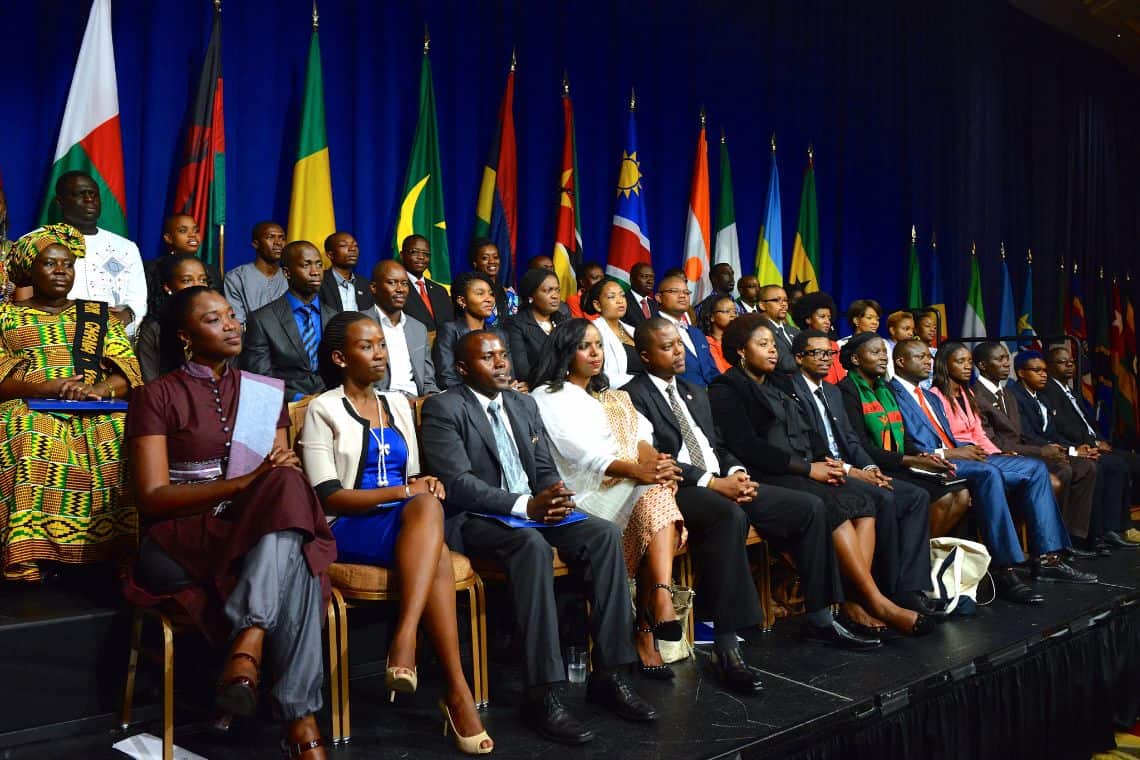 The “Africa rising” narrative is facing headwinds that call its authenticity into question. On most nights, 240 million people go to bed hungry while malnutrition kills more than 50% of Africa’s children, most of whom die before the age of five. Africa is a young continent with a rapidly growing population, yet the vast majority of young people are unemployed. Climate change will only add to these challenges, forcing millions to seek sanctuary in countries not their own.

These and other bleak challenges are compounded by the falling commodity prices, which are translating into a loss of more than $63 billion in annual revenue for the continent. Given that commodities exports have largely been responsible for fueling the “Africa rising” headlines, this is a bitter truth to swallow. Given these astronomical challenges, one may be tempted to think that the youth has little to contribute to solving them. Nothing could be further from the truth.

The promise of growth

The architecture of global development changed in January 2016, when Africa – like the rest of the world – woke up to new, promising opportunities amidst the challenges. In the last quarter of 2015, Africa joined the rest of the world in adopting Agenda 2030 for Sustainable Development and the COP21 Paris agreement. Both these agreements have the potential to set the continent on a growth path, guaranteeing food security, jobs, environmental resilience and economic inclusivity.

An old African proverb proclaims, “It is the young trees that make up the forest.” What this means in the present context is that Africa’s youth will determine its future. Indeed, Africa will not rise unless young people provide leadership and leverage their tech-savviness to mobilise for the realisation of better policies – policies that promote inclusive development.

Julius Matei teaches a community member how to use new technology at the Kyuso Maarifa center in Kyuso. Photo: IREX

In 2013 the UN reported that there were 650 million mobile users in Africa. Thanks to the Internet, the tech-savvy youth of today have greater access to opportunities than the generations before them. The Internet, mobile technology and social media have revolutionised how we network and make our voices heard. Given young people’s tech-savviness, this represents an opportunity to enrich policy engagements.

Along with regular citizens, political leaders have rapidly joined social media platforms, using them to engage the masses. In turn, this is an opportunity for the youth to engage political leaders objectively regarding policy positions. Internet-enabled phones and social media provide the youth with a golden opportunity to actively engage with political and policy leaders by lobbying for policies that promote good governance, enhance food security, job creation, climate resilience and more.

The importance of agriculture

An optimised agro value chain could potentially take on the critical challenges of poverty, climate change and unemployment, among other issues, and set Africa on track for inclusive development. Optimising Africa’s agriculture through ecosystem-based adaptation (EbA) approaches can enhance yields by up to 128% and increase the income of farmers at a lower environmental and financial cost. The agricultural sector can also create as many as 17 million jobs and catalyse an agro industry projected to be worth US$ 1trillion by 2030.

Achieving this optimisation will require crucial fundamental policies to be instituted and implemented. Young people should advocate for the prioritised implementation of such policies at national and regional level. These include:

* production policies that enhance the competitiveness and marketability of local produce and ensure that Africa produces what it consumes, importing only what cannot be produced locally

The youth should use their voices and all the tools at their disposal to advocate for the implementation of the above, calling on governments and the private sector to prioritise these policy areas and to seek out regional, intergovernmental and multilateral agencies to support African governments to actualise these policy directions.

Read: CoP21 and what is at stake for Africa: reconsidering approaches

This is Africa’s era

It takes a determined people, humbled by the challenges yet inspired by the possibilities and opportunities, to rise to the occasion and turn these opportunities into tangible realities for the collective benefit of all. Our message to the youth of Africa is that this, like never before, is Africa’s time – and there is no excuse for missing this moment. Now, more than ever, what is needed is for the African youth to rise and pull together as a people with a common vision, in the spirit of harambee. If they did so, young people would be making their rightful contribution to a 21st century that is a truly an African one.