A new film about Zimbabwe’s 2018 elections is worth watching, but flawed 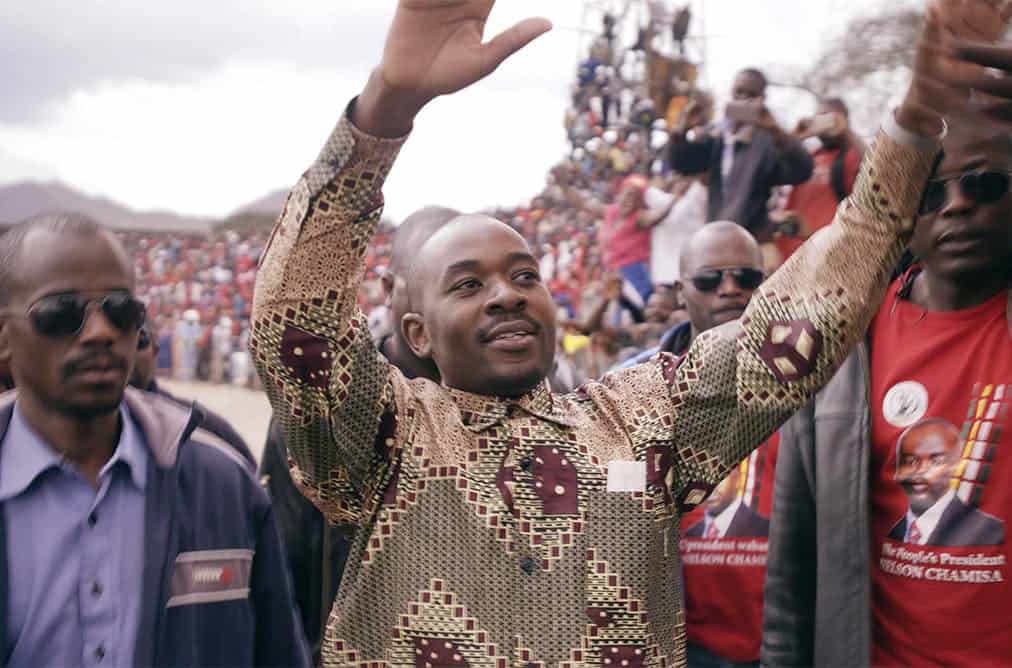 Winner of the prestigious Sundance Film Festival’s Special Jury Award for Verité Filmmaking, the film deploys an “in the moment” technique as it follows the lead-up to the 2018 general elections.

As the election looms closer, it becomes increasingly clear that … an election is no guarantee of a democratic outcome.

If you have lingering hopes that the Zanu-PF soldiers’ coup replacing the doddering nonagenerian would leave Mugabe’s legacy behind, settle down for an intense viewing.

Your hopes will crash, with the opposition troops that President follows. They will die, shot down as brutally as the six demonstrators – and bystanders – displaying their anger at the Zimbabwe Electoral Commission’s delayed election tallies.

But perhaps enough Zimbabwean politics-watchers in southern Africa can move the discussion beyond the liberal good vs evil platitudes repeated by the film’s reviewers to date. A local audience should offer critical and nuanced views.

A Fulbright graduate of visual anthropology and filmmaking at New York University, director Nielsson has several socially conscious films under her belt, often about the plight of children, in Afghanistan, Darfur and India. Her famed documentary Democrats (2014) covered Zimbabwe’s 2010-2013 constitution-making excursion.

We … try to be there when things happen, instead of telling it all backwards and coming up with some sort of analysis.

The film is sold as a political thriller. But as Eric Kohn – perhaps the sole, though mild, critical voice – writes: the long meetings with Chamisa and company debating how to beat the unbeatable are “less thrilling than exhaustive, a kind of informational activism in feature form”.

Maybe 45 wasted minutes covering meetings could have been used to fill in some glaring gaps that local audiences will notice.

One such moment might have followed the (unnamed) academic Phillan Zamchiya. (The film does not identify enough of its characters.) In a hotel room, Chamisa’s lawyerly team debates the next steps. It becomes starkly apparent that this election will go down the drain too.

The camera catches Zamchiya from behind. No polite critic, he argues that Zanu-PF are military. They are guerrillas, he says:

If people are not prepared to die, to go to prison … you are not going to take power away from this regime, believe me or not.

He might have qualified that Zanu-PF is especially so after the coup, when the pro-Mugabe ‘intelligentsia’ faction was dumped.

Once a student leader severely battered during the early struggles for Zimbabwe’s democracy – as is true for Chamisa, the film shows – Zamchiya knows of what he speaks.

The tortured polling agents filing affidavits about their beatings as they posted ballot reports speak eloquently of that plight. However, the film is silent about how ill-prepared they were for their crucial task. The deceased 1 August demonstrators, angry at the deliberately slow counting of the vote, speak for their last time. The timid commission of inquiry into their deaths muted them further.

President’s filming of those moments is classic. It’s clear why a good documentary can beat the stills. Watch very closely as the officer claps the back of the soldier who shot at the dispersing crowd.

Yet Zamchiya’s challenge, if pursued, could have raised more questions of the film’s unfolding events.

Like what other forces shaped this moment? During Rhodesia’s white rule the liberation armies’ military pressure forced the racist regime to the negotiating table. This would not have happened without the West because of the Cold War. But the West’s post-1989 enthusiasm for democracy-lite waned. By 2017 it seemed the once opposition-friendly Brits were backing the sluggish thug Emmerson Mnangagwa who took over the country.

Or the context of how the original opposition’s trade union roots disappeared due to devastating de-industrialisation after the fast track land reform started in the early 2000s – leading to the opposition party’s takeover by lawyers and neo-liberal fantasies.

Lawyers do argue well. Thabani Mpofu’s valiant, expertly filmed, attempts at the Constitutional Court of Zimbabwe to challenge the vote counting amounted to nothing in the end. It was pleasurable, though, to watch electoral commission bosses and judges trying not to squirm.

But those who adored Nielsson’s previous film Democrats and its hero, the lawyer Douglas Mwonzora, will know that he has become a leader of a splinter opposition faction allegedly working with Zanu-PF. They will wonder how long this move brewed.

The Movement for Democratic Change’s earlier splits, patched up in the alliance only as elections approached, are ignored too. So too Chamisa’s rapid and contested moves to the top of the party after former opposition leader Morgan Tsvangirai died.

Those 45 minutes could have offered much more meaning. Aside from avoiding Chamisa’s religious side President could have screened its footage of Chamisa’s press conference in the wake of Zanu-PF’s chaotic coup consolidator, as 2019 began.

Dead: at least 17 demonstrators and bystanders. Raped: the same number. Meanwhile, Zanu-PF ‘youth’ set the opposition headquarters alight. The charred walls said it all. They would answer the question of why Chamisa’s pursuit of free and fair elections will not go far in 2023, but also why there are no other choices.

President zooms in on the moment at the cost of the big picture. Zooming out could have helped.

President opens the Encounters South African International Documentary Festival in Johannesburg on 10 June and then plays in select South African cinemas from 11-21 June.

Related Topics:FilmHuman rights Zimbabwe
Up Next

Albinism in Tanzania: what can be done to break the stigma