From Nigeria to the world: Afrobeats is having a global moment
Advertisement 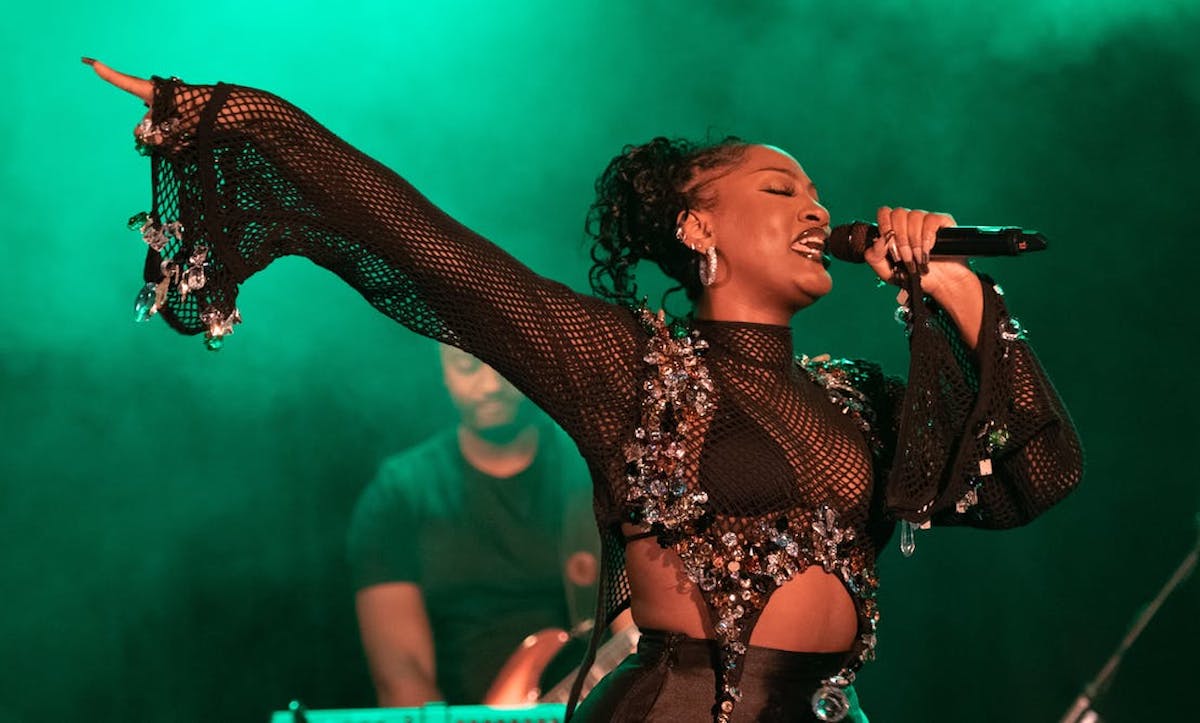 Another Grammy Awards season and there is a growing list of African nominees. For African music enthusiasts, it is heartwarming that recognition is being accorded to practitioners in the Afrobeats space.

Afrobeat and Afrobeats, although related, are quite distinct. Afrobeats is the genre that emerged when West African pop music became cool. Its origins coincide with the media liberalisation that accompanied the “final” wave of democratisation in Africa from 1999. More than this, it is a convenient term for Europe to refer to music coming out of Africa, distinct from Euro-American pop.

Afrobeat, on the other hand, is what Nigerian music icon Fela Anikulapo-Kuti called his invention, which blended jazz, funk, psychedelic rock and traditional West African chant and rhythms in the early 1970s. Afrobeat typically bears messages of liberation.

There is a relationship between Afrobeats and Afrobeat; indeed, an overlap between Fela’s music, lifestyle and message and today’s Afrobeats practice.

West African musicians (like King Sunny Ade, Femi Kuti, Seun Kuti and Rocky Dawuni) have been nominated for or won (Angelique Kidjo) Grammy Awards for several years. But it took an album richly intertwined with Fela’s essence for an Afrobeats artist to earn the same.

Burna Boy’s African Giant (2019) paved the way for Afrobeats at the 62nd Grammy Awards in 2020 through a nomination for Best World Music Album. Afrobeats eventually had its big moment a year later at the 2021 Grammy Awards where his Twice as Tall (2020) was named Best Global Music Album.

The nomination of Wizkid’s Made in Lagos (2021) for the same category this year makes it the third time in succession that Afrobeats is being recognised at the Grammys. Wizkid’s Essence, featuring Tems, is also in the reckoning for Best Global Music Performance.

Afrobeats is having a big transnational and transatlantic moment, and I’ve considered some of the factors driving it.

Pop musicians from other parts of the continent have been making music under the Afrobeats banner, but it is the Nigerians Wizkid, Davido and Burna Boy who have each sold out The O2 arena in London or the Accor Arena in Paris. Undoubtedly, Nigerian artists are the trailblazers of the Afrobeats movement.

Nigeria’s over 200 million-strong population comprises a middle class that ranks among the world’s most migrated. There are Nigerian populations in many parts of the world, owing to the country’s infrastructural challenges and high level of unemployment. Artists are not exempt from this exodus, although success can give them the means to return home.

Consequently, contemporary Nigerian culture – Afrobeats included – is a culture very much on the move. If the artists are not between cities, the consumers are. Members of the Nigerian diaspora are enthusiastic about the experience of a concert with their favourite Afrobeats stars.

A similar logic extends to the culture of downloads and streams. While streaming is unaffordable for many in Nigeria, the diaspora Nigerian is able to afford streaming. So, the poor state of Nigerian infrastructure actually promotes the evolution and propagation of Afrobeats.

Related to this is the culture of dance videos – challenges and general routines – orchestrated by Afrobeats artistes across social media platforms that have contributed greatly to the unprecedented global rise of Afrobeats.

The explosion of these dance videos on TikTok, for example, demonstrates that language is no barrier to the acceptance and popularity of the music. CKay’s Love Nwantiti (2019) became the most Shazamed song in the world thanks to the love it garnered on TikTok. (Shazam is an app that identifies songs.) At the height of its popularity, TikTok and Instagram users were making more than 10 million videos a week using the song.

More recently, Finesse (2022) by Pheelz and Buju also emerged among the most Shazamed songs in the world.

The collaborations by Afrobeats artistes with the biggest music stars in the world have made for further global exposure.

For The Lion King: The Gift (2019), US star Beyoncé did the unprecedented by enlisting the services of numerous Afrobeats stars, including Wizkid and Burna Boy. Her Brown Skin Girl featuring Wizkid won Best Music Video at the 2021 Grammys.

A Grammy nominee again this year, the multilingual Angelique Kidjo from Benin is a past winner on four occasions. She cannot be said to be an Afrobeats artist. Yet her recognition of the genre means that she has had to co-opt some of its brighter stars in her most recent work.

The category of Best African Act was introduced at the MTV Europe Music Awards in 2005 while the Best International Act: Africa premiered at the 2011 edition of the BET Awards. These were landmarks pointing to an African pop music unable to be confined within Africa anymore. They also represented an improved opportunity for high profile exposure. In 2012, meanwhile, D’banj’s Oliver Twist charted at No. 9 on the UK singles chart and at No. 2 on the UK R&B chart, making it the first Afrobeats song to so do.

The sustained success of Afrobeats songs in the UK and in continental Europe eventually led to the launch of the UK’s first Afrobeats music radio station, The Beat London 103.6 FM, in 2016. It presents Afrobeats as a major genre rather than a side offering.

To date, the most streamed song of all time is One Dance, an Afrobeats song by Drake, with a cameo from Wizkid which has surpassed 2 billion streams on Spotify. This is a reflection of the boost Afrobeats artists stand to get from working with American pop stars.

Wizkid’s Essence, featuring Tems, charted in the top ten of the Billboard 100 after a remix with Justin Bieber. In order to rank the top 50 Afrobeats songs in the US based on streaming, airplay and physical sales, Billboard is partnering with festival company Afro Nation, this year, to launch America’s first ever Afrobeats chart. This buttresses Afrobeats as the fastest growing genre in American pop culture.

In the words of Afrobeats star CKay, Afrobeats is the new pop. It’s the next sound that consumers and major labels are looking for. Afrobeats is a conglomeration of many influences from hip-hop, R&B, reggae, fuji, juju, apala, galala, konto, lamba, makossa, soukous, amapiano etc. The core of this music is the percussion, the aggressive drums, snares, shakers and the sometimes chaotic sound mixes.

Musicians typically desire to have a global reach. The importance of America as the world’s entertainment capital guarantees that for the average artist, acceptance in America is tantamount to global acceptance. The Grammy Awards represents the ultimate recognition in music. The categories of Best Global Music Album and Best Global Music Performance thus represent the best opportunities for many artists from outside the US to reinforce their global success.

The quest for global relevance of the Afrobeats movement is further signposted by the announcement that the next edition of The Headies – an awards show dedicated to celebrating excellence in Afrobeats – is scheduled to be held in Atlanta, Georgia, later this year. It is the first time in 15 editions that the annual awards show will be held outside Nigeria.

2022 Grammys: what Fela Kuti has to do with West Africa’s growing pop fame