Jennifer Cudjoe fights on and will not be silenced
Advertisement 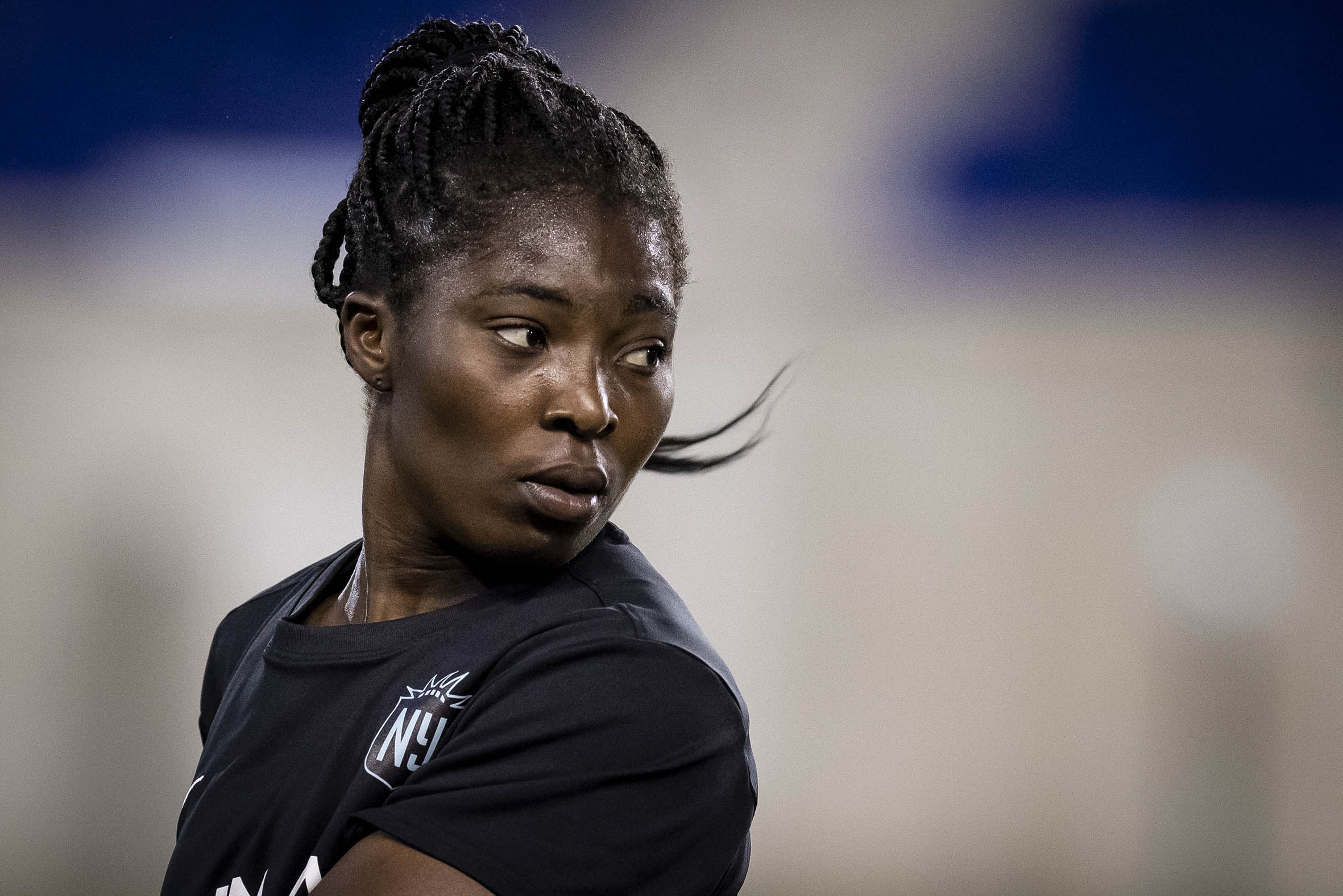 NJ/NY Gotham FC midfielder Jennifer Cudjoe, 28, is known not only for her stellar performances on the pitch, but also for her unrelenting campaign to effect change in the treatment of Black sportswomen back home in Ghana. Long ago, before fame and becoming a massive brand, all she longed for was to be called a professional footballer.

“I’m just lucky that I grew up in a community where soccer is a huge thing,” says Cudjoe, whose football journey started when she was 10 years old. Born in Ghana’s port city of Takoradi, she idolised her elder sister Elizabeth, and they later played together at Sekondi-Takoradi club Hasaacas Ladies, where they won three league titles.

She has seen the best and worst of women’s football: the former in the United States, first as a college player and since 2020 in the National Women’s Soccer League (NWSL), and the latter through the struggles in her native country, which she left in 2013.

Women’s football in Ghana has systematically regressed despite it being widely regarded as a football nation and one of the foremost African countries that took the women’s game seriously. And the decline has been at all levels. The Black Maidens finished third at the 2012 Under-17 Women’s Fifa World Cup in Azerbaijan, but they have since not gone further than the quarterfinals.

The Black Princesses have failed to go past the group stages of the Fifa U-20 Women’s World Cup despite qualifying for every tournament since 2010.

Even the Black Queens, who used to be only behind Nigeria on the continent, have now slipped behind Cameroon, the Democratic Republic of Congo and South Africa. They last qualified for the World Cup in 2007 and failed to qualify for the 2022 Africa Women Cup of Nations that kicks off on 2 July in Morocco.

Learning to speak out

The deterioration of Ghana’s national women teams, despite boasting enormous talent, is the result of a lack of investment and support, which is why Cudjoe believes silence is not an option if the women’s game is going to improve. She has observed how the Black Stars are usually pampered by the Ghana Football Association (GFA) and cannot understand why it is reluctant to extend a fraction of such support to the women.

“Soccer is one of the biggest sports in Ghana, so for them to pick and choose who to put so much time and interest in affects other disciplines,” Cudjoe laments. “I started my activism for sportswomen when I came to the US. Back in Ghana, I was always quiet because I didn’t know much, but education makes you understand things.

“Our culture doesn’t make us speak up. For so long we’ve been told it’s disrespectful to talk back to an older person. So when I moved here [to the US] and saw how things are working in the colleges, I realised it was different. The coaches and everyone have power, but they also listen to the players because we’re the ones stepping on the field to play. You need to respect us and give us the power to tell you the changes we want to see.”

There was a time when women footballers in Ghana accepted just anything that was handed to them, including playing for free while their male counterparts got paid. In recent years, though, more women athletes have begun to speak out.

In April, Olympic triple jumper Nadia Eke slammed President Nana Akufo-Addo for inviting the Black Stars to Jubilee House when they qualified for the 2022 Fifa World Cup, while completely ignoring the Black Princesses despite their own qualification for the Under-20 World Cup in Costa Rica.

And in June last year, Black Queens captain Elizabeth Addo also called out the GFA and the government over the poor preparation schedule of the team and the lack of high-profile friendlies before the Africa Cup of Nations qualifiers. For her troubles, Addo was dropped and has not played for the national team since.

Like Eke and Addo, Cudjoe has built a reputation as a rebel. In her determination to see change in the women’s game, she isn’t afraid to upset the status quo. She has taken on the GFA on issues affecting women athletes, from unskilled coaching and underpayment to the lack of investment and respect.

“People don’t really understand my issues with the GFA. People are usually like, ‘You’ve played in the national team before so you don’t have to speak ill,’” she says. “I’ll say things are gradually changing, but there’s still more to be done. We’re in 2022 and we all see what is happening in every other country.

“It’s not just about soccer – these players need to have a future and have a life. I feel like female footballers don’t get celebrated enough. Some players have quit, just like I quit playing for the national team, because there’s nothing there and I don’t see their future.

“We need to be respected. No country will take a team to a tournament to play for free. You can’t do that to the Black Stars without giving them compensation or per diem. The players won’t show up, so why do that to the women’s teams?”

Despite the strides made in the development of women’s football in Africa, many players lack financial stability. A few are privileged to be signed by clubs based in Europe and the US, but the majority of female footballers on the continent are paid meagre wages and some even play without contracts.

Globally, the debate over whether male and female footballers should receive equal pay has been raging on for years. England, the US, Australia, Norway and New Zealand have taken the lead in agreeing to pay the same appearance fees and bonuses to both men’s and women’s national teams.

“So equal pay is supposed to happen and I’m happy that the US and other countries are doing that. How do you give so much to the men and not women? Elsewhere, the women’s teams are treated right. The respect is 50-50.”

Cudjoe is unrelenting in her pursuit to use her voice to bring about change. “Being a professional player is more than just playing and making a name for myself. We’re bigger than that,” she says.

“For me, it’s just something that I told myself a long time ago I’m going to dedicate myself to and I’ll do it until I see change happening. I’m grateful that God pushed me to this path for me to learn so much from my mates from other countries. And that has made me who I am … able to have these uncomfortable conversations and express that things need to be better.

“This is my goal. I want to create change and I’m going to continue doing that whether I’m done playing football or not.”

This article was first published by New Frame.
Related Topics:DiasporaGhanaSport
Up Next