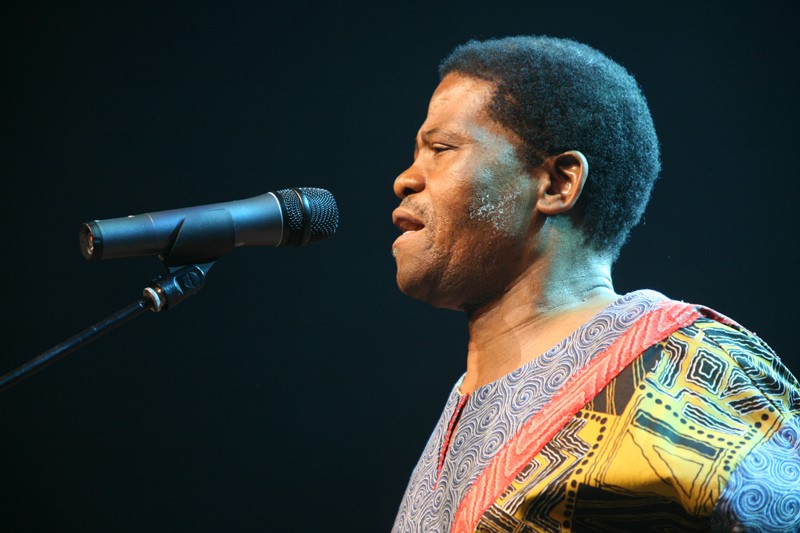 South Africa has lost an icon with the death of traditional Zulu music superstar Joseph Shabalala, the founder and director of choral group Ladysmith Black Mambazo, which won five Grammy Awards. Ladysmith Black Mambazo, won the Grammy Award in 1988 for Shaka Zulu; in 2004, for Raise Your Spirit Higher; in 2009, for Ilembe, in 2013, for Singing For Peace Around The World, and in 2018 for Shaka Zulu Revisited: 30th Anniversary Celebration.

Shabalala was born in the town of Ladysmith (eMnambithi district) in the KwaZulu-Natal region of South Africa on 28 August 1941.

The celebrated isicathamiya musician passed away at a Pretoria hospital. He was 78 at the time of his death.

The renowned singer retired from active musical service in 2014, passing on the mic to his sons to continue his remarkable legacy with Ladysmith Black Mambazo.

Shabalala helped to introduce the sound of traditional Zulu music to the world, and he featured on Paul Simon’s Gracelands album.

Formed by Shabalala in 1960, Ladysmith Black Mambazo became one of South Africa’s most prolific recording groups, with their releases receiving gold and platinum disc honours.

Under Shabalala’s visionary leadership, the group not only won five Grammy Awards but carved a rich legacy in the music industry in South Africa and abroad. Between 1988 and 2018, the group received 16 Grammy Award nominations, an Emmy nomination and Academy Award nomination for On Tiptoe: Gentle Steps to Freedom under the Best Short Documentary Film. Under Shabalala’s tutelage, the group  also won four South African Music Awards (SAMA), and several other honours.

The South African Government commented on Shabalala’s death in a tweet, saying: “We would like to extend our condolences on the passing of Joseph Shabalala who was the founder of the group Ladysmith Black Mambazo”.

Undoubtedly a musical luminary, Shabalala will indeed remain one of South Africa’s musical and cultural giants and through his music, he leaves an indelible mark and a great legacy, which will continue to inspire future generations.

Social media is mourning the death of an African musical icon and tributes continue to pour in.

My friend… a giant humble man , Joseph Shabalala, passed away this morning.
My sincere condolences to his family and friends #RIPJosephShabalala Rest In Peace Joseph 😰 pic.twitter.com/YkLggD6EPM