Mental freedom and the omission of African achievement from history
Advertisement 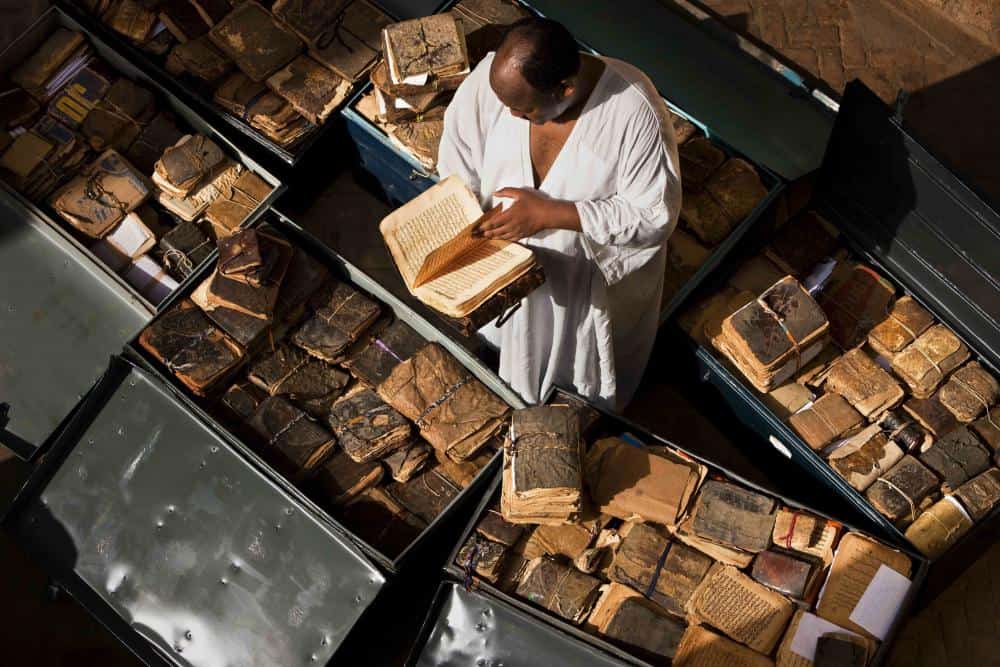 Columnist and author Dr. Chika Ezeanya’s excellent piece on reclaiming Africa’s history from the West explores the power of history in building a sense of national identity and pride, as well as the effects of colonialism and its racist ideology on the way African history is taught today.

As she states, “Much of what today is studied as African history is the protégé of the racist ideology that viewed the black man as a little above an ape in terms of human intelligence.”

Ezeanya writes about how positive achievements from Africans in fields such as medicine were regarded by Europeans as not worth attention – they did not conform with the stereotypical views held by the Europeans about Africans; one medical missionary, delivering a paper on “Primitive Surgery”, noted:”Unfortunately, I feel unable to explain why in 1879 there existed in Kahura in Uganda, a black surgeon performing the Caesarean section safely and, in some respects, better than many of his contemporary white colleagues” – and argues that this omission of African achievement from the history books is on of the reasons why many African graduates today suffer from an inferiority complex and hold in awe the White man who, after all, invented everything he had learned in school. Education in a system that was cultivated by racist ideas means that Africans are regularly taught to despise their roots and do not make any effort to learn from indigenous paths.

However, Ezeanya’s essay does not fully give reasons why African history is in its current deplorable state. She rightly lays the blame on all Africans, but fails to recognise African efforts to move away from colonial history curriculums, not to mention the strides African tertiary institutions have made using traditional African forms of medicine.

The essay also makes no mention of the works, progress made and challenges faced by African intellectuals in using history to encourage self worth and self knowledge from an African perceptive. And it doesn’t recall that African scholars were once able to move away from the colonial Europeans instructions and set up modes of learning that were beneficial to Africans themselves.

I have always been curious about why history has not been taught in Nigerian schools as much as I felt it ought to be. I’ve had an interest in history for as long as I can remember, regardless of the fact I was not taught history through primary school and junior secondary school. I spent two years studying history as an elective in senior secondary school – which, as anyone can attest, is not enough to learn African history – and there were, at most, ten other students in that class. When I went to the library to read about African history, all I could find were books about Roman and Greek historical achievements, and sometimes one or two on ancient Egypt. The history of other parts of Africa only merited scant paragraphs that were centred on the period immediately before and during colonialism. When I meet Africans who claim to adore history yet can only talk about colonial history, a part of me dies.

​The Pyramids of Egypt at Giza is one of the seven wonders of ancient civilisation Photo: atravelbook.com

It wasn’t always like this. African history once attracted a lot of interest from African students and academics. And African intellectuals once made efforts to use African history to further the process of mental decolonisation, and political and social development, for instance, by using evidence of the presence, culture and rituals of Africans throughout history right up to colonialism to explore the idea of African authenticity, and to help Africans rediscover/reclaim their pride in being African. (Side issue: in the early days of European colonialism, there was an increase in the number of people who were branded and killed as witches across Africa. People simply couldn’t understand why they were being colonised by foreign powers and thought it had to be because of evil forces within the community.)

In the early years of university education in Nigeria, for example, when Nigerian universities were still in alliance with English universities, history curriculums focused on European history and the history of Europeans in Africa. Nonetheless, by the late 1950s and early 1960s, African intellectuals were able to effectively overturn this and give African history a place in the African academic experience. History scholars such as Kenneth Onwuka Dike revolutionised the field in 1956 with the publication of his book Trade and Politics in the Niger Delta, 1830-1835. These academics successfully put Africans at the centre of their own history and paid heed to African history before European contact.

Unfortunately, due to changes in Nigeria’s political climate and economic circumstances, this intellectual utopia was not to last long. In 1986, the Nigerian government agreed to and adopted an IMF/World Bank programme of economic “reform” known as the Structural Adjustment Program (SAP). Now widely acknowledged as a major cause of severe economical decline across the sub-Saharan countries that implemented the reforms (see also Food Emergency: How the World Bank and IMF Have Made African Famine Inevitable), SAP led to a rise in unemployment and poverty levels, and a drop in living standards. Trying to survive amid this economic disaster, people began to question the relevance of history. Disciplines that were considered more lucrative such as Accounting, Business Administration and Law became du jour. As poverty levels continued to rise, Nigerian youths only became more interested in money-making possibilities.

At the same time, history scholars, similarly feeling the effects of economic decline with bad pay and a cutback in research and publishing, began to neglect academia for better paid jobs. With the introduction of American soft power via the Visa Lottery program, more Nigerians sought to claim American values at the expense of African philosophies. At the university level, history was no longer regarded as lucrative, and in secondary schools most students dropped history as soon as they could.

Where is the wisdom of our fathers now? Kwame Nkrumah (21 September 1909 – 27 April 1972) was the first President of Ghana, the first Prime Minister of Ghana, and an influential 20th-century advocate of Pan-Africanism

The teachings of African leaders and visionaries have become largely ignored as instruments through which we can understand the means to African development. Similarly, achievement made by African visionaries in modern history seem to have been forgotten. It is now common to read modern critiques of African society that hardly ever mention the teachings of African visionaries. The chain of continuity seems to have been broken, for if contemporary African intellectuals cannot cite the works of visionaries from the 1950s and 1960s, how are they to go about reclaiming African history from the West?

The lack of development and continuity in history as a field has led to an incomplete process of de-colonisation and political and psychological independence on the African continent. Foremost African scholars were not able to complete these processes due to unforeseeable changes. Now thanks to the current poor states of most African higher institutions, the main centres for the development of African history still remain primarily the domain of Europe and the United States. While colonial institutions have for the most part destroyed traditional modes through which history was transmitted. African children who go through the Western education systems are not taught the oral traditions of their people.

The quiet rise of heavy metal in South Africa

The real roots of Kwaito and South African house music