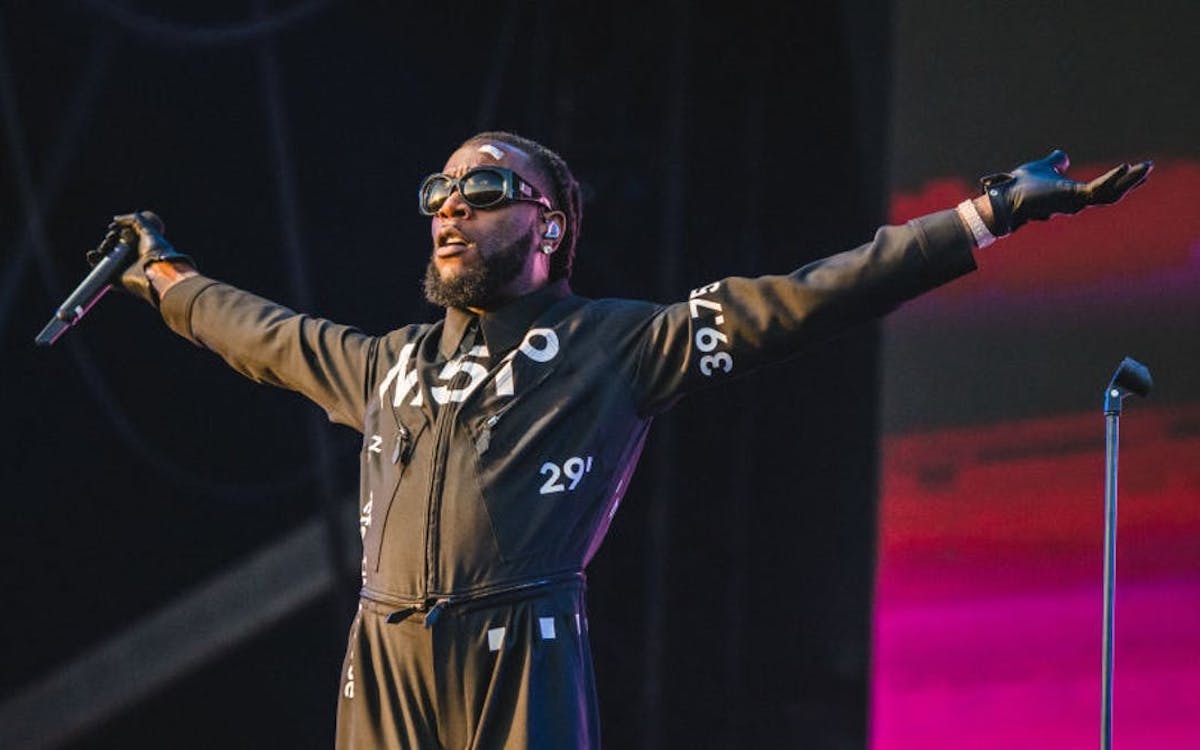 Damini Ebunoluwa Ogulu was born in 1991 in Port Harcourt, the largest city in Rivers State in Nigeria. He would become known as Burna Boy, a singer, songwriter and record producer who rose to stardom in 2012 after releasing Like to Party, the lead single from L.I.F.E., his debut studio album.

With a growing army of global fans, he won a Grammy Award for his album Twice As Tall and has performed live at Madison Square Garden in the US. He recently revealed his sixth studio album, Love, Damini.

With music commonly described as a mix of reggae, dancehall, R&B and hip hop, Burna belongs to the broadly defined music genre Afrobeats (contemporary music mostly of Nigerian origin). But in an interview in 2015, he pronounced that his music was Afrofusion (a sub-genre of Afrobeats, but increasingly also a new name for Afrobeats, thanks to him). He referred, in one interview, to “when I started the Afrofusion thing”. Promoting Love, Damini in the US, he spoke again about creating his own genre from Afrobeats. He said:

Burna Boy seems to be claiming to have created a new genre, Afrofusion, causing much debate. But even if he’s just saying that his music is a new genre of Afrobeats called Afrofusion, his claim is spurious at best. As a professor of marketing who researches West African music, I believe that Burna Boy’s claims are misleading, especially to the next generation of Afrobeats artists and their growing fan base.

Using the term Afrofusion may be clever marketing, but Afrofusion is a music style that has been in existence since before he was born.

In my view, the whole debate needs some historical context.

Afrobeats (sometimes also called Afro-pop or Afrofusion) is an umbrella term used to describe popular music from West Africa and the diaspora that initially developed in Nigeria, Ghana and the UK in the 2000s and 2010s. It grew from Afrobeat without the “s”, a movement started by musician and activist (and Burna Boy’s idol) Fela Anikulapo Kuti.

It is no longer news that Afrobeats is taking over the world – written about in Rolling Stone and Time magazines. As the academic Samson Uchenna Eze writes: “Afrobeats is a broad, generic term for African contemporary popular music with rhythmic and harmonic influences of West Africa’s highlife and Afrobeat traditions and Euro-American funk and hip hop.”

Afrofusion, as the name implies, is simply fusing other genres with Afrobeat. The heavy presence of Afrobeat is coupled with anything from pop to reggae, dancehall to jazz, with endless possibilities. The style was happening long before Burna Boy debuted. As one music writer puts it:

Burna Boy created the term ‘Afrofusion’, he did not start the practice of fusing several genres with Afrobeat, it is an old age practice in the Nigerian music industry … Often, Afrofusion songs sound very distant from each other; this is one of the beauties of Afrofusion, the songs have the ‘Afrobeat’ factor in common.

To me Afrofusion is akin to the film industries Nollywood and Bollywood, which go beyond film and music to adjacent spaces that include fashion, food and popular culture.

In my forthcoming book chapter on arts marketing and the Nigerian music industry, I reiterated the roots of Afrobeats. According to the legendary artist and author Sonny Oti, highlife music, a pioneer in this space, has also always been categorised into sub-genres including jazz-highlife, ballad-highlife, Ozzidi-highlife and hiplife, among others.

All of what is today known as Afrobeats has always been a fusion of influences. Furthermore, Afrobeats was rooted in highlife long before anyone heard about Burna Boy. Just to cite one recent example of this mix of influences, try listening to Nigerian artist CKay’s track Watawi featuring Davido, Focalistic and Abidoza. All of this is Afrofusion – an eclectic mix of sounds.

What’s in a name?

Burna Boy sings Afrobeats, just like everyone else – WizKid, Tiwa Savage, Davido, Omah Lay and CKay, to name just a few. Besides, Burna Boy’s best-selling single, Question, was produced by the renowned hip hop producer Don Jazzy – an Afrobeats pioneer. All these artists fuse other genres to Afrobeat.

Speaking of creating Afrofusion as a “new genre” is misleading at best – and someone needs to set the record straight by nipping Burna Boy’s narrative (real or media-fuelled) in the bud. Everyone is doing their own fusion within the Afrobeats space.

While the world, and especially Nigerians at home and in the diaspora, celebrate the exploits of Burna Boy, his claim that he created a new music genre is a disservice to his fans, his peers, and those artists who came before him.