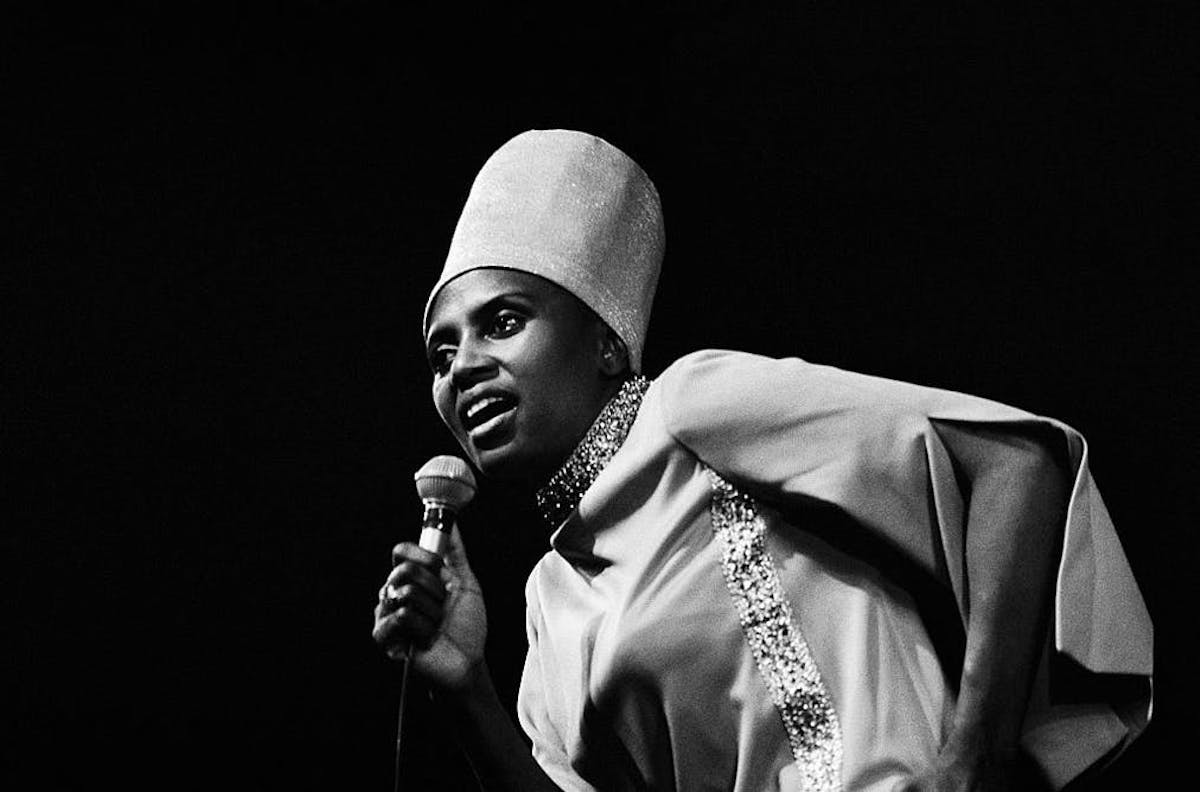 South Africa’s world famous singer and activist Miriam Makeba (1932-2008) would have turned 90 on 4 March 2022. Born Zenzile Miriam Makeba in Johannesburg’s Prospect township, she had a life of remarkable global impact. She contributed to black people’s struggle for liberation and defended the integrity of African identity and artistry while living in a land absent of her ancestry.

Despite being banned from her home country for her outspokenness and resistance to apartheid, Makeba went on to build an illustrious international career, performing on some of the world’s most prestigious stages. She would be celebrated – and persecuted – in the US and invited to perform at the independence celebrations of numerous African countries before eventually returning to South Africa later in life.

In commemorating what would have been Makeba’s 90th birthday, it is fitting to pay tribute to her legacy of activism not only as a black African woman often living in exile in a western society but also as an artist who used her craft to teach and conscientise the world about Africa.

Her musical beginnings in the 1940s were at Kilnerton College, a Methodist elementary school where she sang in the school choir. The school’s alumni include South Africa’s former chief justice Dikgang Moseneke, Professor Khabi Mngoma, a hugely influential figure in music education, as well as struggle icon Lilian Ngoyi.

Makeba’s break into the professional circuit was with the singing group the Cuban Brothers. She later joined the well-established Manhattan Brothers. They sang vernacular verses over what was a predominantly American swing and ragtime sound.

She was a founding member of the famous all-woman singing group the Skylarks. In 1952, she was cast in Alf Herbert’s African Jazz and Variety production showcasing black talent. It was presented mainly to white audiences except on Thursdays when black audiences were allowed. This is where film producer Lionel Rogosin spotted Makeba and persuaded her to feature in his controversial documentary film, Come Back Africa.

This film depicted the harsh conditions under which black South Africans were forced to live by the apartheid government. Makeba’s short appearance attracted attention, including an invitation to attend the film’s premiere in Italy. Naturally, she agreed, never imagining that because of her role in the movie she would be banned by the apartheid state from returning home, not even to bury her own mother. This marked the beginning of her exile.

Promoting the film in London, Makeba met African American folk singer and activist Harry Belafonte. He would play a significant role in her career in the US, forming half of the duet on their Grammy-winning album An Evening with Belafonte & Makeba.

Her artistry extended beyond the stage, beyond her impeccable vocals and her sophisticated interpretations of international and South African repertoire. Her very presence in the United States stood as a form of activism against the apartheid government who had attempted to silence her and erase her from the consciousness of her people.

Makeba’s life in the US coincided with the parallel experiences of black people in America and South Africa suffering immense injustice, marginalisation, racism and inequality. Like the struggle against apartheid in South Africa, the Civil Rights Movement in the US was a vehicle through which black Americans protested. Academic Barber-Sizemore describes Makeba’s voice as being “a surface onto which Americans projected their own narratives about Africa and American race relations”.

Her artistry, always informed by the circumstances in South Africa, served as a razor-sharp awareness tool. In journalist Gwen Ansell’s book Soweto Blues, the late Hugh Masekela concurs that

There’s nobody in Africa who made the world more aware of what was happening in South Africa than Miriam Makeba. This was because of the way in which she described the songs…unwittingly she educated African American artists.

Makeba would describe life in apartheid South Africa when introducing her songs and would use every opportunity to address inequality. As analysed by academic Louise Bethlehem, Makeba’s work resisted the apartheid state’s threat to dismantle the very place of African art and culture in the world.

African Americans saw in Makeba not only what they were but also the possibilities of what they could become, expressed through song, dance, dress, language and ideology. Makeba found commonality with artists such as Nina Simone and Abbey Lincoln, who historian Ruth Feldstein referred to as “an emergent collective of black women performers who combined their music with civil rights activism”.

What I appreciate most about Makeba is the way in which she not only embraced but leaned into her sexuality and sensuality. The way she moved her body on stage was often provocative, drawing the audience into her world. She understood acutely the power of her black body and its curvature.

Her aesthetic of natural hair and minimal make up (if any at all) communicated eloquently her strong sense of self, rooted in her African identity free from the expectations of western notions of beauty and acceptability.

In remembering Makeba, we must guard against confining her activism to the anti-apartheid speeches she delivered at the United Nations in 1963 and 1976. Her activism was far more nuanced than that. It was interwoven in her music, her delivery of melodies, lyrics and artistic sentiment. Her artistry was a lantern that burnt vigorously through one of the darkest eras in history.

Kenyan author Ngũgĩ wa Thiong’o, believes that Africans singing in their native language is an international act of decolonisation and a marker of Pan African identity. Academic Aaron Carter-Enyi acknowledged Makeba’s influence on other African singers to sing in their mother tongues. Like Benin’s Angelique Kidjo who sings in Yoruba, Mali’s Oumou Sangare who sings in Mandika and Nigeria’s Onyeka Onwenu who sings in Igbo.

Makeba’s influence transcends generations to reveal itself in contemporary cultural practices. We are because she was. Makeba’s legacy is too often suffocated by the complexity surrounding her intellectual property as well as her relationships with the men in her life.

Makeba was not just the wife of musician Masekela or Black Panther leader Stokely Carmichael. She was not Belafonte’s “discovery from South Africa”. She arrived in America a consummate professional fit for purpose.

The role of these male figures in Makeba’s life may have been meaningful but it is also grossly overstated. Makeba’s legacy is strong enough to stand on its own two feet. Her name needs no co-anchor. She fought more with her “artivism” than many a man did with their armed weaponry.

It’s time to move beyond her widely-adopted nickname “Mama Africa”. Makeba was a stalwart and an icon of African liberation and identity. Her legacy carved the way for future generations to live a life of authenticity, fearlessness and bravery.

Zambian gallery a rainmaker for the nation’s talent