What is an African name? 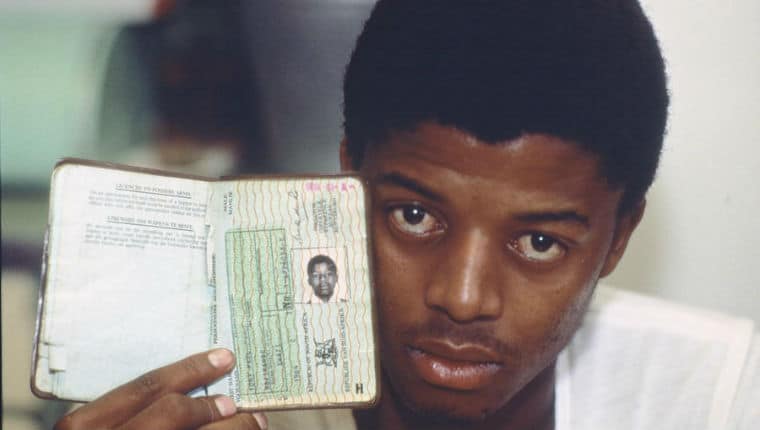 I was born on a Friday, one November in the late 1980s. And so I was nick-named Friday. But when I started school, the name that was written on my exercise book wasn’t Friday. Friday wasn’t my real name, apparently. I had two other names, including Bwesigye, which I would later learn was a surname.

In the path of growing up, I met people who had family names. Bwesigye isn’t my father’s or mother’s name so it could not be my family name, and neither was the other name I was given shared with either of my parents. It soon sank in that I had no family name; I just had a surname. My other name, the given name, or the first name – and what Ugandans curiously call the Christian name, or the English name – happened to be such a popular name for our generation that I found a namesake in almost every class or group I became a part of. If a name is supposed to be one’s unique identity marker, this particular name wasn’t. I slowly started resenting it. Some of the namesakes were great people that I admired and I was proud to share a name with them, but some were also people no one would love to share a name with.

I eventually decided to take on my mother’s name, dropping the every Tom, Dick and Harry name and including in my name the fact that I am the son of my mother. I did not think of the Africanness of my new name when I asked her if I could adopt her name. Africanness or Pan Africanism, or Afrocentricity, whatever theory it is about naming wasn’t anywhere close to my mind. Even Warsan Shire’s words were not on my mind.

But once I made public this decision to change my name, and adopt my mother’s name, in the newspapers, in the Uganda Gazette, on my Facebook, once I acquired a new passport in my new name, I found myself tagged in conversations about names and the meaning of an African name. I also found myself being acclaimed for the ‘great step’ of dropping a colonial name. With hindsight, I think I should have foreseen this. The personal has never stopped being political. One’s personal choice to change a name is thus a political choice. Unfortunately, the real feminist politics behind my name change were not the point of discussion. African identity was and I did not know how to explain.

We know that for Chinua Achebe the choice to lose his Albert, for Okot P’Bitek his Ezekiel, and for Ngugi wa Thiong’o his James, important anti-colonial statements were made. In liberated lands, formerly enslaved people choosing new names is also a great moment of personal and political freedom. But when we talk about African names in contemporary terms, what do we mean? What makes a name African? What makes my adoption of the fact of being mother’s son into my name African?

Does Friday, the name given to me because I was born on that day of the week, qualify to be an African name? Naming children after events is not something that came to Africa through colonialism. In Ghana, the name Kofi, I am told, is given to children born on Fridays, and there are particular names for children born on each day of the week. How is that concept different from my having been given the name of Friday? Is it just because Kofi is an Akan word and Friday isn’t? Is the Africanness just a matter of language (form) or of the concept (substance)? Or both?

The Bakiga people and others normally use nouns as names. Bwesigye, for example, means Trust. Had I been named Trust instead of Bwesigye, would Trust qualify to be an African name? There are many people whose names are nouns. I can’t list all the people I know named Faith, Hope, Peace, Mercy etc. Some names also double as adjectives. Happy, Precious etc. These nouns and adjectives can be translated into Rukiga. Kwikiriza (Faith), Masiko (Hope), Peace (Busingye), Mercy (Mbabazi), Mashemererwa (Happy) and Kyomuhendo (Precious). Do the Rukiga versions of the names qualify to be African names more than the English versions of the same names? Or are these non-African names altogether?

With the spread of Christianity, some names that Africans hold are derived directly from the Bible. Names like John, Jacob, Joel, David and others. In the process of translating the Bible into various African languages, the names were also translated. Thus John in Rukiga is Yohana; Jacob, Yakobo; Joel, Yoweri; and David, Daudi. Do the Rukiga translations of the names thus qualify to be African names whereas the English versions do not?

The proselytism of most of the early Christian missionaries also brought with it a concept of Christian names as opposed to Pagan names. Thus, people who already had names were, on baptism, given new ‘Christian’ names. For a while the definition of a Christian name meant a Biblical name or a saint’s name, but much later this evolved to actually mean given/first/other name as opposed to family/last/surname. Names that do not appear in the Bible and may also not be of any saint, such as Robert, Roland, Rose, etc. could be taken at baptism. Eventually, names with a Godly/Christian meaning, even if in an African language, came to be accepted as Christian names, even if they do not have to be first/given/other names, by the baptizing priests. Thus names like Byaruhanga, literally meaning the things of the creator, can be considered Christian.

The effect of Christianity on naming can be said to have been Africanized, whether through translation (form) or substance (concept). In my opinion therefore, an African name is one that follows a contemporary African naming method. Africanness is not one thing that is tied to and sealed in history. The pre-colonial, pre-Christian methods of naming have evolved and taken on influences from the colonial, mission-building historical periods, creating contemporaneous realities that are as African as anything else. Contemporary African naming methods obviously have their uniqueness, compared to European naming systems, but there are not necessarily one fossil-style articles. My Friday childhood nickname is as African a name as Masiko, Precious, Yohana, and Byaruhanga.

Ghadames, Libya’s ‘pearl of the desert’

PHOTOS: This Is Africa and #cocreateSA authors’ Meet & Read