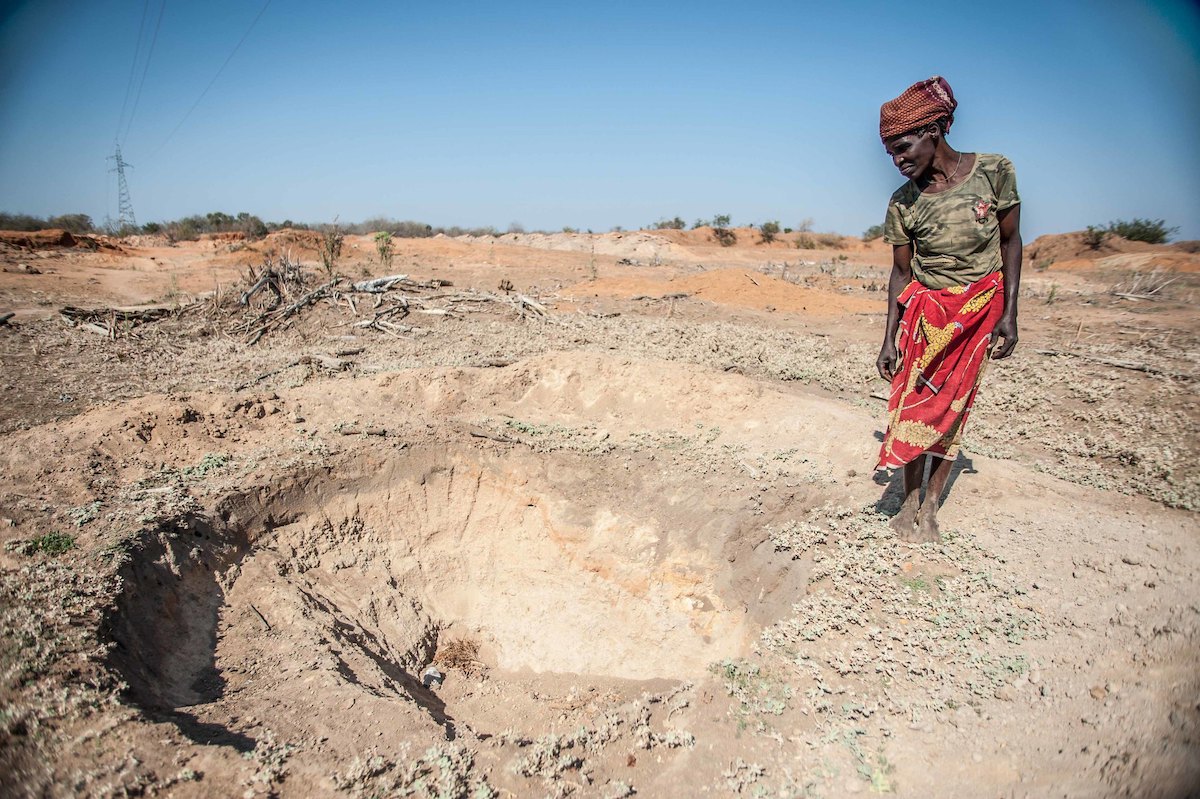 Water is a finite resource on our planet. We can only rely on what we have, which translates to about 2.5 percent of drinkable fresh water. Of that amount, only 0.4 percent currently exists in lakes, rivers, and moisture in the atmosphere. The strain of this limited supply grows by the day and as this continues, the detrimental impact will continue to be felt in places least equipped to find alternative solutions—in particular, the African continent.

The global population is estimated to reach around 9.6 billion people by 2050. This is triple the number of humans on the planet just a few decades ago, having to exist with the same amount of water, not taking into account the nonhuman animals and plants that also rely on water to survive.

More than a third of the planet’s population living without access to clean, safe water live in sub-Saharan Africa. And nearly two-thirds—some four billion people—live in water-scarce areas. With this number set to steadily rise, the United Nations predicts that around 700 million people across the world might be “displaced by intense water scarcity” by 2030.

Each year, the world is seeing extreme water-related events including heatwaves and droughts. In 2021 on the African continent alone, Madagascar, Kenya, and Somalia experienced severe water shortages. And with scarcity, conflict tends to follow.

A number of African conflicts are being fueled by competition for dwindling natural resources. At a state level, Egypt, Ethiopia, and Sudan have been engaged in a continuing dispute over fresh water in the Grand Ethiopian Renaissance Dam. Similar issues are playing out across every level of society.

Cameroon, for instance, experienced a violent dispute over water between fishermen and herders in a town near the border of Chad in December 2021. The disagreement over rights to water found in a shrinking Lake Chad led to the death of 22 people and a further 100,000 people displaced from their homes as the two groups fought.

“Once conflicts escalate, they are hard to resolve and can have a negative impact on water security, creating vicious cycles of conflict,” said Susanne Schmeier, senior lecturer in water law and diplomacy at IHE Delft.

This negative feedback loop fueled by conflict is further compounded by the effect on water quality, agriculture, and forced migration. “With very rare exceptions, no one dies of literal thirst,” said Peter Gleick, head of the Oakland-based Pacific Institute. “But more and more people are dying from contaminated water or conflicts over access to water.”

This insight speaks to the complex interplay between water shortage and conflict. According to research from the Pacific Institute, the impact of water on agriculture plays an even greater role in contributing to conflict—a view backed up by the fact that agriculture accounts for 70 percent of fresh water use in Africa.

Another conflict-causing factor is the social impact of water shortages. With up to a quarter of the world’s population facing serious water scarcity at least one month of the year, people are being forced to migrate. In 2017, at least 20 million people from Africa and the Middle East left their homes due to food shortages and conflict caused by serious drought.

Food Insecurity Due to Impact on Wildlife and Agriculture

Food insecurity caused by water shortages is being compounded by the loss of wildlife. With a drop in their rainy seasons, Kenya’s sheep, camels, and cattle have been in decline. This has led to a threat of 2.5 million people potentially going without food due to drought, according to the United Nations.

The impact of drought is taking a severe toll on agriculture, particularly in counties where this forms the mainstay of their economy. In South Africa, for instance, agriculture is key to the functioning of the country when it comes to job creation, food security, rural development, and foreign exchange.

Water shortages in the country impact both commercial and subsistence farmers. But it is the subsistence farmers who are hardest hit by the droughts, according to a 2021 paper published by a group of international scientists in the journal Science of the Total Environment.

While commercial farmers are able to offset a lack of rain through alternative water supplies, as well as storage and irrigation technologies, subsistence farmers who are reliant on rain, the scientists write, “are particularly susceptible to drought as they highly depend on climate-sensitive resources.” They also point out that the impact is worsened by the fact that this form of farming is tied to farmers’ own food security.

There is no way to avoid the impacts of water scarcity and drought. The best thing to do is manage and mitigate risk where possible. A tool proposed by the group Water, Peace and Security is an early warning monitor capable of tracking information on rainfall, crop yields, and political, economic, and social factors. According to the group, this tool would “predict water-related conflicts up to a year in advance, which allows for mediation and government intervention.”

Another common de-risking approach to conflict is water-sharing agreements. Since the end of World War II, 200 of these agreements have been signed. Despite this, the UN has consistently failed to introduce a Water Convention that would see over 43 countries sharing transboundary rivers and lakes.

A good example where a water-sharing agreement helped avoid conflict can be found in Southern Africa. In 2000, with tensions rising over shared resources, an agreement was reached between Lesotho, South Africa, Botswana, and Namibia that helped avoid further issues.

Reducing water loss remains the most recommended method countries should adopt to avoid future catastrophes. Agriculture and mining, in particular, are two industries that could do more to limit their water wastage. Another policy, suggested by Iceland, is to increase the price of water in relation to its supply, as a way to help curb water wastage.

Desalination is also a popular method used to free up more water, using seawater to increase supply. Saudi Arabia, for instance, uses desalination to supply the country with at least 50 percent of its water supply. Water recycling, known as “gray” water is another low-cost alternative used by farmers to offset the impact of drought.

As water scarcity continues to become more commonplace, so too will these mitigation and adaptation strategies. The question is, will they be enough?

Equatorial Guinea: how not to rig, or observe an election

Namibia pulls down German colonial statue after protests – who was Curt von François?