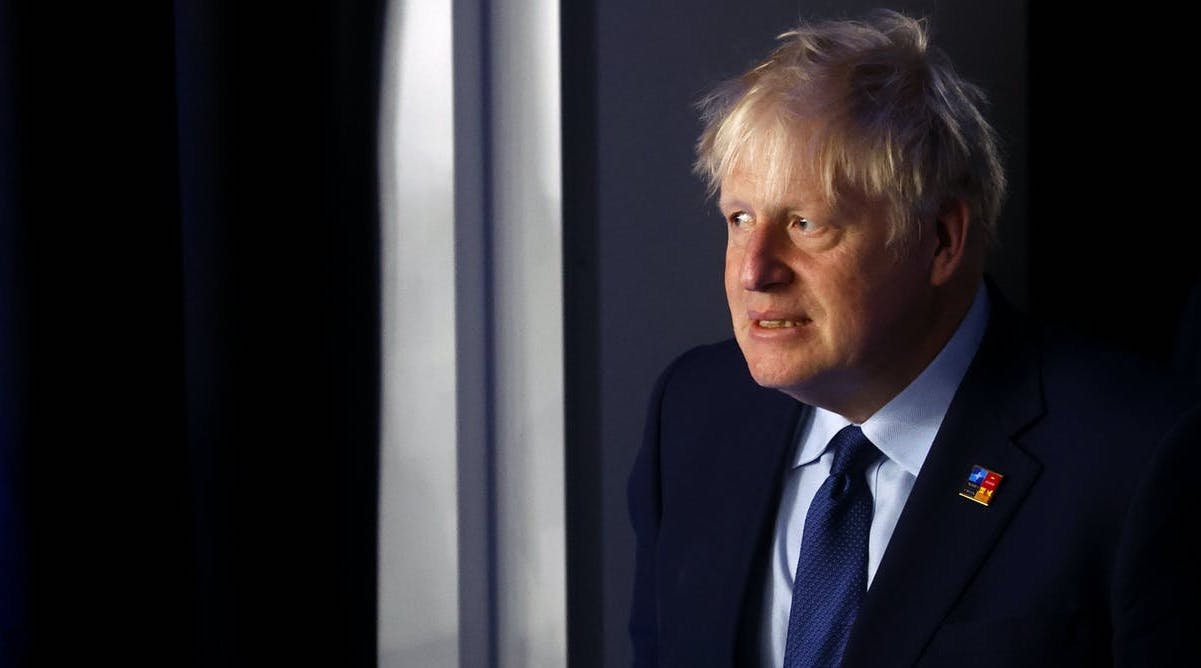 As Boris Johnson barricades himself in Number 10, apparently unwilling or unable to listen to the advice of close party colleagues who are calling on him to resign, how can we understand this bizarre melodrama?

As I watched Johnson’s appearance in front of the House of Commons Liaison Committee on the afternoon before his showdown with key members of his cabinet, I couldn’t help but wonder if there was a deeper malady at play. It was as if an existential disconnect had settled across the comfortingly boring committee room.

The disconnect meant that no matter what question came from the committee of MPs, it received a squirming response. The more specific and aggressive the questioning became, the more bizarre the answers from Johnson. Many were entirely nonsensical. The conversation drifted, unsurprisingly, to the mental health of politicians but even this connection floated unnoticed past the eyes of the prime minister as he randomly declared that “alcohol served in the Palace of Westminster” was the heart of the problem.

The assembled body of senior parliamentarians looked completely baffled by this response but nothing could dull the prime minister’s belief that he was having a “terrific week” and that he would be “prime minister tomorrow”.

Even the news that a cabal of carnivorous cabinet members were at that moment gathering to finalise their moves to oust him raised nothing but a sardonic smile.

Symptoms include grandiose aspirations, bold self-confidence, inattention to detail, arrogant impetuosity, narcissistic tendencies, ill-conceived decisions, a refusal to listen to or take advice and a particular form of incompetence … a propensity to foolishness, rashness and folly.

The only problem with this diagnosis is that it is thought to be an “acquired disorder” linked to the pressures of holding high political office whereas Johnson’s blond ambition has always been fuelled by hubristic tendencies. This is the child who wanted to be “world king”. Those who doubt this psychological trait would do well to read Tom Bower’s biography of Johnson – there’s a reason it is subtitled The Gambler.

When Johnson announced that he was not about to undergo a “psychological transformation” following the recent double by-election defeat he was, in effect, defining his own downfall. He will not change and the party can no longer continue with him as its leader. Only now it seems his hubris has reached its zenith. The prime minister somehow believes he can rule without a government.

The exceptional times of the past few years demanded an exceptional politician who was willing to break the rules and ride roughshod over convention to get things done. Normal, post-pandemic times demand a very different leader. Bluster, bluff and buffoonery – levelled-up with puppyish optimism – are not enough for a country facing multiple crises and the need to define a new position in the world.

If the Conservative Party is good at anything it’s removing a leader who is past their sell-by date. Remember Margaret Thatcher’s tears?

It’s almost impossible to imagine that the tipping point has not now been reached. The “Boris bounce” seems a distant memory as the realities of a changing political climate strike home.

But there’s the sting in the tail for those who think that the thud of Johnson’s implosion might offer the Labour Party a shot at government. Any political strategist worth his or her salt could have told the Labour Party that Boris Johnson had become a political liability for the Conservatives. His trust problem had made him a toxic brand. In this regard he’d actually become an asset for the Labour Party. But the timing of his ousting now looks set to give the Conservatives plenty of time to rebuild and reconnect ahead of the next general election, to be held either next year or the year after.

For Johnson it appears that the next chapter of his story is about to unfold. My sense is that the UK’s first real celebrity politician will – after finishing his long-awaited biography of Shakespeare – reemerge as a no-less hubristic political celebrity.

Matthew Flinders, Founding Director of the Sir Bernard Crick Centre for the Public Understanding of Politics, University of Sheffield

Advertisement
Related Topics:GovernancePolitics
Up Next

Kenya’s fringe presidential candidates: what they offer in elections