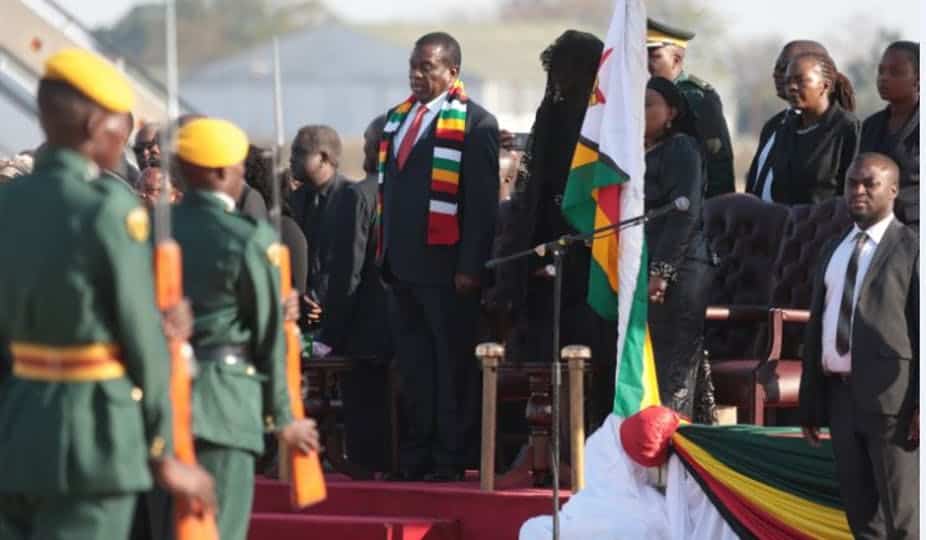 The death of Robert Gabriel Mugabe (95) saw another of the first-generation leaders of newly independent southern African states leave the world stage.

Southern Africa was the last region on the continent to obtain majority rule. The independence of Zimbabwe (1980), Namibia (1990) and democracy in South Africa (1994) ended white settler minority regimes. They were replaced in power by liberation movements. The Zimbabwe African National Union (Zanu, later Zanu-PF), the South West African People’s Organisation (Swapo) and the African National Congress (ANC) have been in government since then.

Mugabe’s death invites a look at the succession – or lack of – in these three countries.

Despite the cultivation of heroic narratives and patriotic history, the first-generation freedom fighters who took over the state offices are not immortal. Mugabe’s male-dominated leadership structures based on liberation struggle credentials remain entrenched.

In all three countries a second struggle generation is gradually entering the higher echelons of party and state. But the “born free” – people who were born after liberation – as well as women have hardly made significant inroads into the meritocratic, male-dominated core structures of power.

The question is how much longer the “old men syndrome” will remain alive and kicking in the three countries, despite growing frustration among the politically powerless.

Celebrated by many as an icon of the anti-colonial struggle, Mugabe was nevertheless an autocratic ruler who overstayed his time in office. The military finally replaced him with his longtime confidante Emmerson Mnangagwa in a soft coup in November 2017.

Mnangagwa’s sidelining was initiated by Mugabe’s younger wife Grace (born in 1965, she was 40 years his junior) to hijack the succession of her husband. She led a group of Zanu-PF members, dubbed the G40 (for Generation 40). The name referred to a constitutional clause that everyone above the age of 40 qualified as a presidential candidate. But, the military and security apparatus and its leadership was still firmly rooted in the struggle generation and opted for “Team Lacoste” named after “the Crocodile”, which is Mnangagwa’s nickname.

This ended the political careers of the G40. So far, the “elders” remain in charge and in firm control.

Morgan Tsvangirai (born 1952) founded the Movement for Democratic Change-Tsvangirai in 1999. The opposition party has been denied electoral victory several times since 2002.

After Tsvangirai’s death earlier this year the much younger Nelson Chamisa (born in 1978) won the internal party power struggle. He challenged Mnangagwa in the elections in July last year.

Thanks mainly to rural area results, Zanu-PF recorded a landslide victory in the parliamentary elections. Mnangagwa also secured a (disputed) and much more narrow first term in office as elected head of state.

This is partly due to a continued stricter social control in rural areas. Political interaction and activities in villages can be much more easily monitored than in urban areas. But it also suggests that traditional values – such as respect for elders – remain alive. This gives the generation in power a comparative advantage over younger competitors.

Namibia has had three state presidents since independence in 1990. Sam Nujoma, co-founder of Swapo in 1960, was its president until 2007 and the country’s first head of state for three terms until 2005. In May he celebrated his 90th birthday in seemingly good health. Though he remains influential, he has been less visible lately.

After a clash with Nujoma, Geingob left Namibia to head the Global Coalition for Africa in Washington. Returning to Namibia’s parliament, he made a comeback under Pohamba. Reappointed as Prime Minister in 2012, he became state president in 2015 and party leader in 2017.

Geingob is tipped to be reelected as head of state for another five-year term in the next presidential and parliamentary elections in November. His current Vice President Nangolo Mbumba is the same age. In the Swapo electoral college on 7 September he secured another top ranking on the party’s candidate list for the National Assembly and will remain in the inner circle of “Team Hage”.

Five years ago the delegates, in a surprise move, ousted some of the old party cadres. But the elders remained dominant in cabinet. This time the expected further generational shift did not happen.

Party president Geingob could also fill ten secure seats on the electoral list and brought some of those seniors back, who did not make the cut. As the head of state he can appoint another eight non-voting members to parliament. This will allow him to retain several more of the trusted old cadres.

Despite this, Namibia’s second struggle generation (those who went into exile in the mid-1970s) is gradually taking over.

Nelson Mandela,(1918-2013) served only one term as state president. His successors Thabo Mbeki and Jacob Zuma (both born 1942) were recalled by the ANC and did not survive the full two terms in office.

Zuma was succeeded by Cyril Ramaphosa. Born in 1952, he is ten years younger than his predecessor.

Inter-generational tensions have begun to show in South Africa. In the latest national elections young South Africans, or “born frees”, showed their disdain for the ANC’s old guard and agenda by staying away from the polls as a form of protest.

This younger generation has shown its frustration with the limits to liberation. Many dismiss formal politics. Their preference is to engage in social movements or other parties.

One such choice is to support Julius Malema (born 1981) and his Economic Freedom Fighters (EFF) which was founded in 2013 and appeals to a smaller pan-African segment of the younger generation. But the party’s election results remained behind its expectations and kept it in a distant third place, garnering only 10,80% in the latest polls.

For obvious reasons, the first-generation freedom fighters, who took over the state offices after liberation, continue to place a high value on seniority in age.

Younger generations of leaders and women make only limited inroads into the structures of power, and the “born free” are not represented.

Rather, the second struggle generation is moving upward to take over, maintaining a system which leaves little room for renewal beyond the confines of individual credentials within the ranks of the former liberation movements.

The continued cultivation of a heroic narrative and patriotic history includes the internalised conception that freedom fighters never retire. Theirs is a lifelong struggle. “A luta continua” remains alive as long as they are.

But this is a backward looking perspective, nurtured by a romanticised past. It blocks new ideas and visions by younger generations contributing to governance, which would create ownership and make them feel represented. It prevents rather than creating a common future.

Andela lays off 400 developers in Uganda, Nigeria, and Kenya