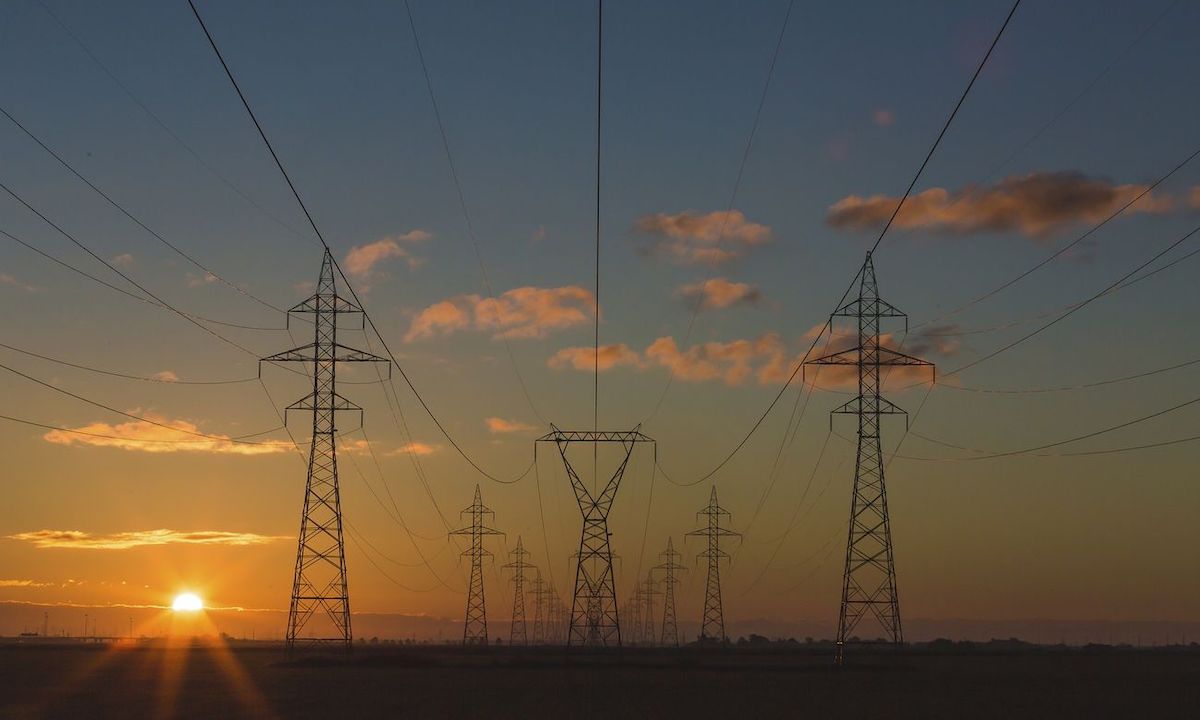 On the morning of June 27, 2022, National Union of Mineworkers (NUM) shop steward David Fankomo joined his fellow members at the picket line outside Eskom’s Emalahleni office in the heart of South Africa’s coal belt. Workers at Eskom, the nation’s state-owned electricity utility, have been embattled in four rounds of wage negotiations with the executives since April 2022. South Africa is rich in energy but is in the midst of cascading energy shortages. Fankomo’s union is at the heart of this crisis: the workers bring the coal out of the ground but live with barely enough of its energy.

On June 28, Eskom announced that it was going to implement “Stage 6 load shedding” due to “unlawful industrial action.” “Load shedding” is defined as a rationing measure to reduce the demand for electrical energy by imposing rotational power outages when the supply from power plants is severely constrained. South Africa’s load shedding schedule ranges from stage 1 to 8. Stage 8 represents a full-scale collapse of the grid. Stage 6 has left parts of the country with no power, in the middle of winter, for up to eight hours a day. Load shedding has become part of the everyday vocabulary and one of the defining symptoms of post-Apartheid state decay and political dysfunction.

Gearing up for a collapse

Eskom’s crisis offers insight into the failures and trajectory of the ruling African National Congress’ National Democratic Revolution. The 1996 implementation of GEAR (Growth, Employment and Redistribution), a macroeconomic framework adopted by former President Thabo Mbeki, laid the groundwork for the expansion of public-private partnerships as a model for service delivery. This policy spurred reforms that initiated a mass rollout of prepaid electricity meters as a more aggressive means to collect residential electricity payments. These changes were forced even with steadily rising electricity costs, which compounded to introduce new barriers to access for working-class users. In response, resistance came from labor and civil society, both of whom demanded an end to privatization.

Since GEAR, there has been a chronic lack of investment in new public generation capacity, leaving Eskom reliant on aging and poorly maintained coal-fired power stations.

The National Union of Metalworkers of South Africa (NUMSA)’s spokesperson Phakamile Hlubi-Majola told me that her union holds “Eskom accountable for the rampant waste of taxpayer money spent on bloat coal costs, diesel and Independent Power Producers, while attempting to cut workers’ benefits.” Hlubi-Majola has insisted that workers at Eskom have yet to receive a meaningful wage increase in four years, but in the same period, primary energy costs have sharply risen. As the negotiations reached a deadlock at the end of June 2022, a number of workers embarked on protest action, independent of a union sanction, to communicate their anger and dissatisfaction.

No lights at home

South Africa’s government reports that more than one in three workers are now unemployed. This comes at a time of skyrocketing fuel and energy prices. “Electricity is going off at times when workers are coming home,” says Kashiefa Achmat, chairperson of the Housing Assembly, a local civil society organization leading a campaign for “decent housing for all.” She adds, “Even the food we have bought goes off very quickly. Where we live, when the cuts are at night, it’s very dark and dangerous to walk around, especially for women. Gangsters are waiting for these opportunities; even cables are being stolen. Our phone networks also become slow when load shedding happens.”

The use of wood and paraffin in urban households is common due to high costs of electricity or a lack of electrical connection altogether. This is particularly prevalent in townships due to a lack of secure land tenure of recently expanded informal settlements.

Since the onset of the COVID-19 pandemic and the April 2020 lockdowns, South Africa has been defined by hundreds of land occupations and service delivery strikes. Working-class communities have taken to the streets in continued efforts to force the government to deliver on its basic mandate, only to be faced with police repression and opportunistic use of special pandemic-related regulations to evade engagement.

Under the existing financing model for local government, municipalities are forced to generate profits off the provision of basic services to fund their operations, invest in new infrastructure and pay off existing debt. As of 2021, outstanding municipal debt owed to Eskom stood at over R35 billion, with at least 20 municipalities defaulting on payments. This trend is largely a byproduct of the flawed system of municipal financing and not the result of individualized instances of bad behavior from users.

Eskom’s own debt levels have skyrocketed to about R400 billion. In a study produced in support of the trade union movement, Eskom Transformed, the roots of the debt were sourced from three key areas. Predatory loans granted by the World Bank and IMF for the mega-coal projects Medupi and Kusile both incurred irregular expenditure and overruns. Increases in the cost of primary energy came largely due to shifts to purchase expensive energy from private generators. The debt levels also came from dramatic increases due to the cost of coal from local suppliers.

Against the backdrop of this crisis, South Africa’s energy transition plans have caught international headlines in the wake of the 2021 UN climate summit in Glasgow. The UK, France, Germany, and the United States have proposed a Just Energy Transition Partnership agreement with South Africa valued at $8.5 billion, consisting of a still-to-be-negotiated blend of grants and loans. The financing plan, supported by the World Bank and the IMF, is aimed at accelerating the closure of South Africa’s coal fleet and developing enabling infrastructure for rapid deployment of renewable energy systems. The plan has been closely tied to another round of aggressive reforms aiming to restructure the national energy system enabling increased use of private power plants. These projects are already dominated by multinational energy utilities, together with shareholdings by private equity holdings, both largely located in Europe.

Komati power station, a 1960s-era coal plant based in Mpumalanga, is the first generator due for decommissioning under the proposed plans. The station has been earmarked to be repowered to make use of solar photovoltaic arrays, gas turbines and battery storage. NUM’s Fankomo, based on this very site, has issued concerns to the media over a lack of worker consultation and uncertainty about the future ownership of the plant despite the imminent closure date of September 2022.

Two paths lie ahead. One is that liberal technocrats will provide a market-driven solution, whose efforts have failed for the past quarter-century. The other is that the unions can channel the building discontent to force a new social compact. The unions have called for the building toward a mass campaign for a general strike demanding an end to privatization alongside a broad list of historical demands to bring the economy under shared ownership and control.

Brian Kamanzi is an engineer based in Cape Town, South Africa. He is the author of “The Crisis in South Africa’s Energy Sector” (Tricontinental: Institute for Social Research, 2021).

This article was produced by Globetrotter.

Related Topics:DevelopmentSouth Africa
Up Next

Kenya Election Watch: Did you catch the Deputy Presidential debate?

Moving the Maasai: Tanzania is repeating Kenya’s colonial past