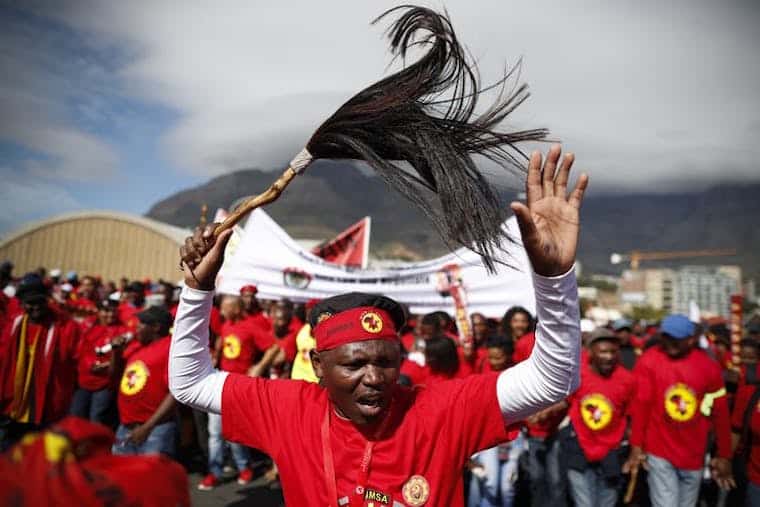 Twenty-four years into South Africa’s ‘miracle’ democracy, it is clear that the historic 1994 election and the constitutional settlements of 1993 and 1996 were mere starting points. These revered historical moments set guiding principles and benchmarks, but they were neither the solution nor the final destination. South Africa’s democracy is an ongoing struggle.

As the country celebrates Freedom Day 2018, continuous contests for freedom and justice unfold around governance and leadership, economic justice as well as reconciliation and inclusion. The struggles are intense, often tumultuous, even disconcerting. Yet they are also anchored in the frameworks and promises of the 1994 beginning.

It makes South African politics the place for those with robust hearts, stamina and an appetite for ongoing change.

South Africans generally, and scholars in particular, have had few illusions that the struggle was destined to be ongoing. At moments in the negotiation process, many lamented the compromises of the constitutional negotiations. The subsequent low-intensity transformation was also criticised. Talk was of a suspended and deferred revolution.

A mere six years ago, even the governing African National Congress (ANC) was embroiled in a debate about what it called a ‘second transition’ or ‘second phase of the transition’. And, recent events such as the death of Winnie Madikizela Mandela (hailed as radical icon that had been betrayed by the ANC), and the anti-minimum-wage strike by the South African Federation of Trade Unions (Saftu) showed the extent of the restlessness around the demands for more meaningful socio-economic change – and further transitions.

These events link into President Cyril Ramaphosa’s era with its promise of a new transition, away from a captured and compromised political order.

But the major flaws of the original settlement stand out when one considers in some detail the areas of ongoing contest. These include governance, economic justice as well as reconciliation and inclusion.

What 1994 promised, but didn’t deliver

South Africa is the most unequal country in the world. The Constitutional Court has, mostly for practical purposes, given up trying to enforce the socio-economic, second generation rights that came with the Constitution and were endorsed through the wondrous 1994 election.

The architects of the Constitution erred in assuming there would be systematic and definitive improvement in socio-economic transformation following the end of apartheid and the dawn of democracy. It has since become accepted that socio-economic delivery will be commensurate with what government can afford. The state’s ability to deliver is severely hampered by state capture and corruption.

Freedom in 1994 brought the promise of good leadership and accountable, responsible government. Yet, neither elections nor the constitutional negotiations could guarantee that politicians would not abuse the constitution and government office for their own gain. There were no instruments to prevent the rapid spread and entrenchment of this plague.

Nor have elections provided the panacea they were expected to deliver. South Africans love their elections, and they lap up party political propaganda and promises, election after election.

But regular elections haven’t yet ensured that South Africa becomes a multiparty democracy in which the possibility of losing power would ensure responsible governance.

South Africans have had to fight for their rights

One of the most endearing, or exasperating, things about South Africa is that citizens want to keep on believing in the 1994 dream, come hell or high water, come disdain and corruption, by the leaders that had been put into place, mostly by the ANC. The result is that change often depends on those exact, compromised internal party-movement processes that are beyond the ambit of constitutional provisions.

When South Africans voted in 1994, few had imagined that the fight 20 years on would be to drag the state away from captors acting in cahoots with the first citizen and his followers and place it back into the hands of the citizens.

Clearly, the constitutional order was designed on the assumption of a multi-party rotational system, and not a dominant party order.

At the moment of freedom in 1994, South Africans could not have imagined that they would have to take to the streets to get action (and sometimes legislation) on crucial policy issues. Cases where the constitutionally established processes have just not been enough include land transformation, housing and post-secondary education.

People have also been forced to protest simply to get provincial and municipal governments to do their work. And, mass mobilisation by civil society and political parties was needed to help the ANC get rid of its own president, and his proxies. Citizen activism has taken the constitutional benchmarks and moved South Africa beyond the established order.

Little was it imagined that the reconciliation that was forged around the 1994 election and the Truth and Reconciliation Commission would become so fragile towards the 25 years of freedom, such that court convictions for racism would serve as the reminder that all is not well in the land of the rainbow. Little was it imagined that the death of Winnie Madikizela Mandela, a mere few weeks before the 24th celebration of freedom, would as painfully as it didreopen the racial wounds of the apartheid system.

This sketch is but a few brush strokes that depict the story of South African freedom and liberty as it approaches its ‘silver’ anniversary next year. The flaws and shortcomings of the original promise are tangible.

But freedom in the South African mould is also an exhilarating and promising process. No settlement or solution will be taken for granted if it is not fit for purpose. The freedom of 1994 is evolving beyond the promises of the 1996 Constitution. It’s time for constitutional architects, and the politicians in government, to catch up.

Susan Booysen, Professor in the Wits School of Governance, University of the Witwatersrand

Why only revolutionary change will deliver real freedom