Trump and Biden clash in chaotic debate – experts react on the court, race and election integrity 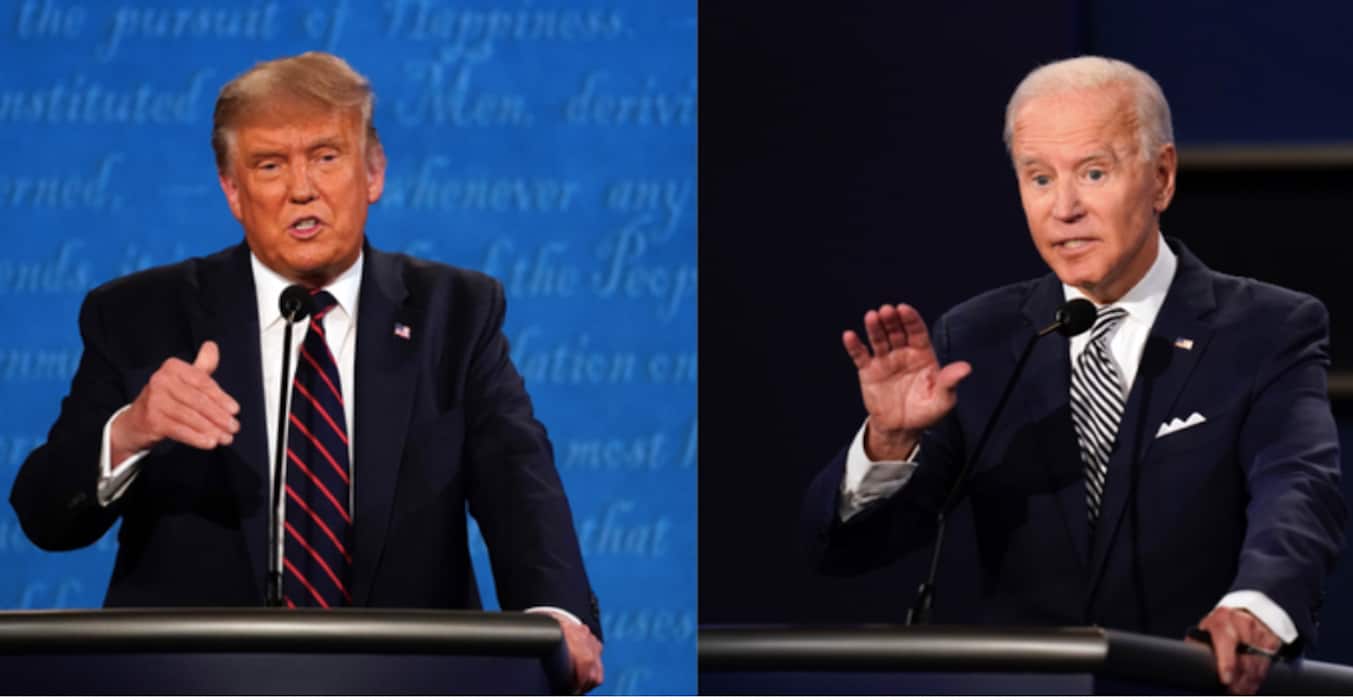 President Donald Trump and former Vice President Joe Biden took part in a presidential debate Sept. 29 that exemplified the lack of civility in American politics. The president frequently interrupted and spoke over his challenger, Biden told Trump to “shut up,” and few issues were discussed in enough depth to provide much information to undecided voters. We asked three scholars to discuss themes brought up by moderator Chris Wallace of Fox News, who struggled throughout the debate to keep control.

Wallace opened with a question on the minds of many voters: Who should fill the vacancy left by Supreme Court Justice Ruth Bader Ginsburg’s death?

Democrats viewed Ginsburg as the last line of defense for abortion rights, voting rights, the Affordable Care Act and other traditionally liberal policies. Trump has nominated conservative jurist and scholar Amy Coney Barrett to fill Ginsburg’s seat on the bench.

Biden all but conceded the appointment as a lost cause, pivoting to one of the few areas where a Biden win could conceivably limit the conservative influence of the Roberts Court — by stalling potential litigation over the Affordable Care Act. The Trump administration has publicly and actively supported litigation to overturn the ACA. Judge Barrett, Biden reminded viewers, believes the ACA is unconstitutional. Even with Ginsburg on the bench, the ACA enjoyed only fragile court support. Biden intimated that continued litigation in an even more conservative Supreme Court could limit health care coverage for millions of Americans.

Biden mentioned Roe v. Wade — and Barrett’s likely opposition — only as an afterthought. In response, Trump stated cryptically, “There’s nothing happening there. And you don’t know her view on Roe v. Wade.”

On the whole, the debate did little to resolve questions about the future of the court — other than to shore up Supreme Court nominations as political bombs with volatile consequences.

“Why should voters trust you … to deal with the race issue facing this country?”

Wallace asked a straightforward question about the troubling state of race relations in America, but the two candidates answered it in very different ways. Biden highlighted the “systemic injustice in this country, in education, in work, and in law enforcement” that required an approach grounded in equity, equality, decency and the Constitution.

Trump pivoted quickly to “law and order” and brought up the Biden co-sponsored 1994 Crime Bill – legislation that has long been criticized for contributing to the disproportionate mass incarceration of Black Americans. But recent Trump advertisements have tried to suggest that violence will increase under a Biden presidency – paradoxically showing images of unrest under the current Trump administration. Trump seemingly wanted to attack this “tough on crime” Biden of the 1990s while simultaneously portraying his rival as being in league with what the president would like voters to believe is an unruly and violent left.

The reality is different. Despite over 90% of Black Lives Matter protests being nonviolent, much of the media’s focus has been on the less than 10% of demonstrations that have turned violent. This debate did nothing to dispel that false narrative.

In fact, some of the violence of recent months has been committed by right-wing extremists. But when asked directly to condemn white supremacy, Trump hesitated and seemed to be searching for words. Instead, he sent a shoutout to the Proud Boys – a group deemed to be a hate organization by the Southern Poverty Law Center. Trump said, “Proud Boys, stand back and stand by. But I’ll tell you what, somebody’s got to do something about antifa and the left.”

“He’s the racist,” said Biden during their exchanges.

Meanwhile, on policing policy, Biden proposed a 21st-century redo to bring various stakeholders to the table.

But eerily for Republicans and Democrats – and not at all in keeping with the debate itself – Trump and Biden seem to espouse similar views about the defunding police movement.

“I am totally opposed to defunding the police. They need more assistance,” said Biden during the debate. Earlier Trump had stated, “There won’t be dismantling of our police, and there’s not going to be any disbanding of our police.”

The integrity of the election

When asked about the integrity of mail-in ballots, Biden and Trump offered different answers. Biden projected faith in the mail-in system. Unsurprisingly, Trump continued to assault the integrity of an election using mail-in ballots. This echoes his mantra in 2016, when he argued that the popular vote count was incorrect and fraudulent – a notion that was widely debunked.

However, such studies on voting by mail tend to examine scenarios where state and local governments were well prepared for ballot distribution. The increased demand for mail-in voting brought on by COVID-19 is creating at least some confusion among voters. It is plausible that not all states are ready to handle the flood of mail-in votes. This could complicate the voting process and prolong vote counts in some states.

Such delays could be incredibly significant. The last time a key state struggled to tally votes was 2000. Then, the Supreme Court intervened to halt a recount in Florida, handing the victory to Republican George W. Bush over Democrat Al Gore in a close presidential race.

If disputes over mail-in ballots linger beyond Election Day, the Supreme Court may again intervene. If President Trump’s Supreme Court nominee Amy Coney Barrett is quickly confirmed, conservatives will enjoy a 6-3 majority on the Court. Three of these justices will have been appointed by Trump.

Trump has laid the groundwork for disputing the results of any close election. If neither candidate wins decisively, the nation should brace itself for a lengthy, and divisive, struggle.

Such a struggle could be dangerous to American democracy because it may undermine fundamental faith in the electoral process. While rule of law generally prevails when close elections are disputed, it does appear that the United States could be headed toward uncharted territory.

What question were you hoping to hear tonight that was left out in the midst of this chaotic debate?

Cohen:
I would have liked to ask: “Do you think that there are consequences for the decreasing civility in American politics, as demonstrated in this debate?”

Gash:
I would like to have seen a question about the role of the court in preserving checks and balances. This is, what I think, Wallace was trying to get at in his question about court-packing. But the question fell flat.

Ray:
Black people are disproportionately more likely to experience police use of force, even when they are unarmed and not attacking. How do we reduce racial disparities in use of force – as with George Floyd and Breonna Taylor – and improve relations between Black communities and law enforcement?