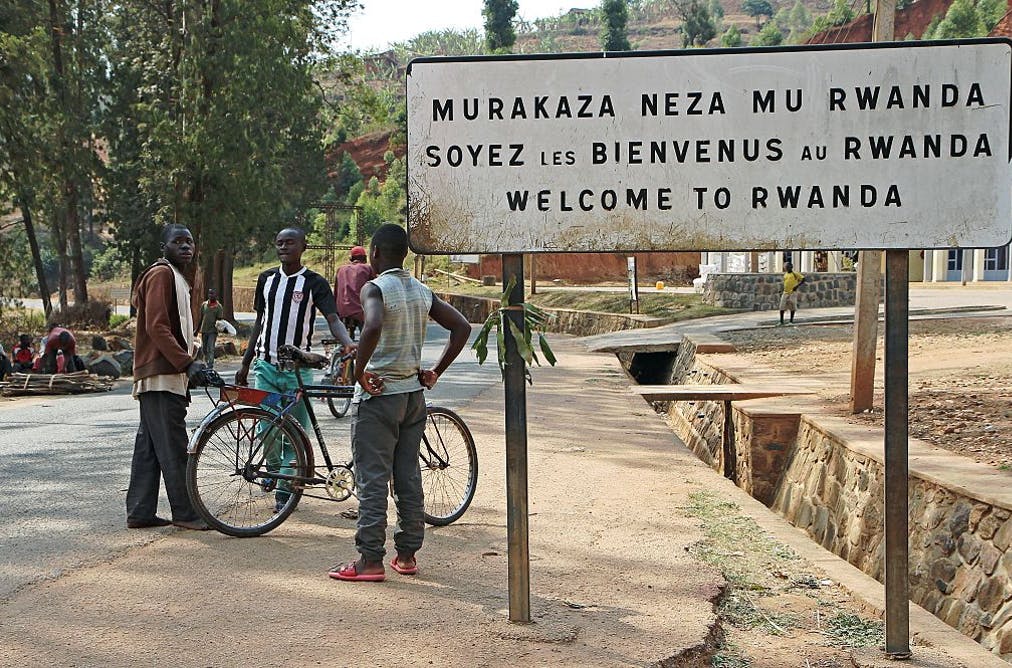 Today, Rwanda is a melting pot of official languages. Although more than 99% of Rwandans speak Kinyarwanda – a Bantu language and the country’s mother-tongue – Rwanda has three other official languages: French, English and Swahili.

How did the Central African nation end up with four official languages? Looking at the country’s language policies and history can help us to decode the linguistic trends. As a researcher in these fields, I’ve found that though transitions have overlapped, and that various languages are now used interchangeably, Rwanda’s melting pot of languages has also brought various benefits.

Between 1899 and 1918, Ruanda-Urundi – today’s Rwanda and Burundi – was colonised by the German empire and was ruled indirectly. This relied on local leaders and so the German language never really took root.

In 1923, following the first world war, Belgium administered Ruanda-Urundi as the seventh province of Belgian Congo. This was done under a League of Nations mandate. French was adopted by the central administration as the official language. Flemish, Belgium’s most widely spoken language, was mostly used by missionaries and administrators at the local level. After independence, the 1962 constitution consolidated French and Kinyarwanda as official languages.

Rwanda seemed well-entrenched within the Francophone sphere until the end of the 20th century. But from 1990 to 1994, France offered increasing economic and military assistance to the Hutu president Juvenal Habyarimana. And after Habyarimana’s plane was shot down on 6 April 1994, around 800,000 Tutsi were killed in retaliation. France was accused of complicity – either defined as unresponsiveness or direct involvement – in the genocide for failing to protect civilians and using Opération Turquoise to prop up the Hutu regime.

Closely associated with the colonial era and a genocide, the French language was progressively sidelined as Paul Kagame rose to power. In just over a decade (1996-2009), Rwanda switched from French to English. At the time, English was then only used by a minority of Tanzanian and Ugandan immigrants, including the new government incumbents.

The adoption of English

Rwanda’s switch to English can either be viewed as a large-scale linguistic gamble or a carefully crafted transition. In 1996, the constitution enthroned English as an official language; in 2007, Rwanda joined the East African Community; in 2008, English became the medium of instruction at all school levels; and in 2009, Rwanda became a member of the Commonwealth.

Tilting towards the English-speaking sphere significantly increased Rwanda’s attractiveness in terms of foreign direct investment and official development assistance, especially from the US and the UK.

But apart from mere economic parameters, does the imposition of new languages fit in with the lives of Rwandans?

Colonisation, genocide and changes in official languages have resulted in the hybridisation of languages. A mix of Kinyarwanda, French and English – dubbed kinyafranglais – has become a household “language”. Conversations slip from one language to another and sentences are peppered with words from all of them.

The mix of languages can also be seen beyond the household. In 2011, public curricula reverted to Kinyarwanda as the medium of instruction for the first three years at primary school. English was introduced from the fourth year and French was sidelined. Some private schools still bolster French and English as the language of instruction.

Government announcements are made in English on international issues, in Kinyarwanda when domestic audiences are targeted and in French for Francophone-specific items. Citizens in their 30s and above are more likely to master French while those who graduated from high school or university after the pivotal year of 2008 speak fluent English. And city-dwellers, being more exposed than rural people to foreigners and English media, tend to have a slightly better command of English.

This far from complete transition to an all-out English environment is likely to persist for two main reasons: the resilience of Kinyarwanda and Swahili; and Rwanda’s double allegiance to the Organisation Internationale de la Francophonie and the Commonwealth.

Looking to the future, things may continue to shift. Throughout the years, Kinyarwanda never ceased to act as the vernacular lingua franca. In parallel, recent eastward pressures are reinvigorating Swahili within and beyond its traditional military, Muslim and business circles.

Regulations from the African Union and East African Community encourage the use of Swahili in official documents. And last year Rwanda requested Tanzania to dispatch Swahili teachers with a view on upgrading it as a principal subject at school.

With infrastructure projects connecting the Swahili-speaking area ranging from Eastern DR Congo to Dar es Salaam in Tanzania and Mombasa in Kenya, Swahili’s status is rising in the hub that Rwanda has turned itself into.