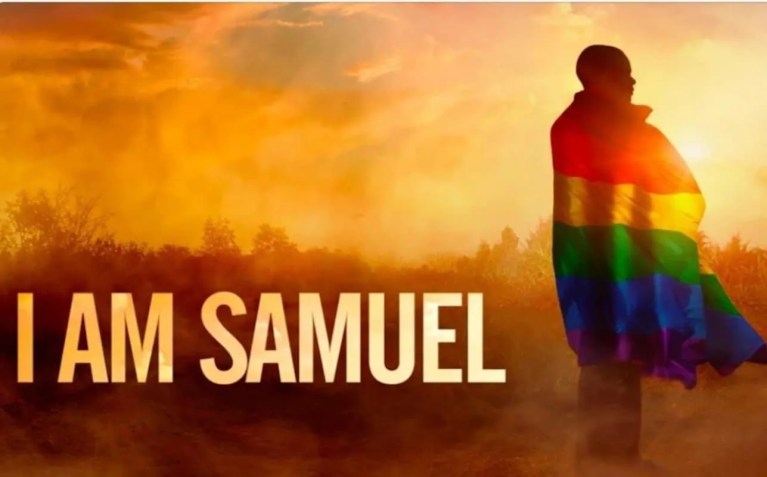 In a 264 paged book titled ‘Queer African Cinemas’, Lindsey B. Green-Simms argues that queer films not only record the fear, anxiety, and vulnerability that many queer Africans experience; they highlight how queer African cinematic practices contribute to imagining new hopes and possibilities.

In this selection of films, we focus on stories about stifled identity and expression, state-sanctioned discrimination, the power of the pulpit, familial and societal expectations, and what love looks like away from society’s gaze.

These stories came forth at a time of global upheaval but depict the constant upheaval experienced by queer bodies. “Queer cinema can orient us towards a world where some expressions are not seen as denigrating to ‘guardians of tradition’, but are uplifting instead for those who bear witness to its beauty.”

Documentary: The Legend of the Underground, Directed by Nneka Onuorah and Giselle Bailey (Nigeria 2021)​

The Legend of the Underground is a glimpse at the lives of young Nigerian men who because of their non-conformity, face state-enabled discrimination. But despite the hostility, they must decide between fighting for their freedom of expression in their homeland or fleeing to the United States. Through their bold creative expression on social media, the young men challenge the bigoted notions of gender and the state of civil rights in Nigeria.

The film was showcased at the Tribeca Film Festival before debuting on HBO and HBO Max.

Documentary: There is Power in the Collar, Directed by Lodi Matsetela and Vincent Moloi (Botswana 2021)

As Botswana awaits a possible landmark judgment from its high court, seeking to decriminalize same-sex relations, we meet key players who are at the epicentre of the ruling. One of them is Chantel, a young lesbian who is an interesting blend of theologian and queer rights activist. She is striving to become an ordained reverend in the religiously conservative and homophobic country.

Her story and those of the other players help to interrogate different facets of how homophobia is propagated and the potential of using this power to reverse the tide.

Documentary: I Am Samuel, Directed by Pete Murimi (Kenya 2020)

Life, love, and acceptance in a country that criminalises same-sex relationships mean that Samuel has to constantly negotiate his right to exist authentically. Chronicling his life over five years the film shows how he manages his familial life in a traditional up-country home where his parents want him to marry and settle down, and the slight freedom he gains from living in the capital city. We see him balance his parent’s expectations and his relationship with his lover Alex all against the backdrop of legalised discrimination.

It is a story of men, love, and resilience, on one hand, Samuel and Alex, who are deeply committed to each other, and on the other hand father and son who must adjust a lifetime of hopes and dreams.

You can watch the film on AfriDocs for free across Africa:

Walking with Shadows is the adaptation of Jude Dibia’s novel of the same name, which was the first Nigerian novel to focus on a gay protagonist. The plot is about a successful businessman who when outed by his co-worker has to come to terms with his sexuality and decide between keeping his family or accepting a life of possible loneliness and rejection. The protagonist in the story is purposefully representative of many Nigerian men who although living a typical life in line with societal expectations, are secretly struggling with who they truly are.

Ifé is a 35-minute short film, produced in partnership with Pamela Adie’s The Equality Hub, a Lagos-based organization focusing on the rights of female sexual minorities. It tells the story of ìfé and Adaora, two Nigerian women who fall in love over a three-day date. Ìfé is looking for someone to share her life with openly, but Adaora isn’t ready to make the leap. When a critical secret is revealed, the two women have to decide how much they are willing to give up to sustain their new love. Unlike other visual projects, Ifé doesn’t try to tackle larger societal biases or self-exploration and acceptance, it’s a romantic comedy that shows what intimacy looks like for queer women when everything else exists on the other side of a safe space.

This period piece is set in 1981 when South Africa’s white minority government was embroiled in a conflict on the southern Angolan border. A young white South African man must complete his brutal and racist two years of compulsory military service while desperately maintaining the secrecy of his homosexuality. This adaptation of André Carl van der Merwe’s semi-autobiographical novel is triggering and brutal, depicting military dehumanisation in a particularly violent counterinsurgency unit.

It is also a prequel to Hermanus’s 2011 film Skoonheid about a closeted Afrikaner man (formerly in the Defence Force) who becomes violent with another man.