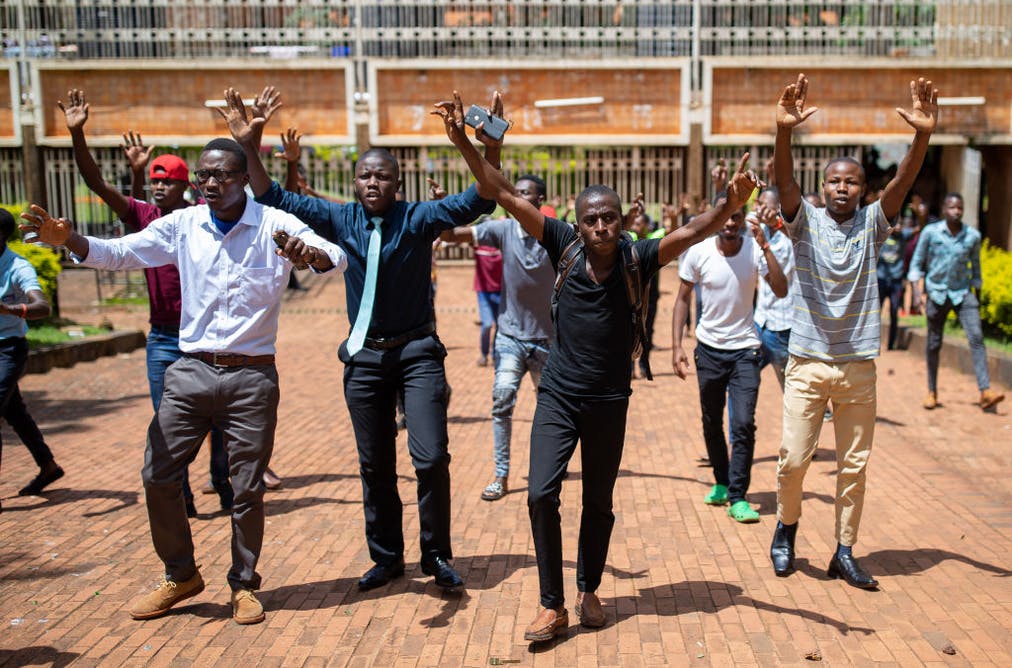 Makerere University, which marks its centenary this year, is well-known as the oldest university in East Africa and as a cradle of political elites. Its alumni include presidents and prime ministers – among them Joseph Kabila (Democratic Republic of Congo), Julius Nyerere and Benjamin Mkapa (Tanzania), Mwai Kibaki (Kenya), and Milton Obote and Ruhakana Rugunda (Uganda).

Writers such as Ngugi wa Thiong’o from Kenya and David Rubadiri from Tanzania, scholars and political activists such as Stella Nyanzi and Bobi Wine are also Makerere alumni.

Less well-known, however, is that some of its halls of residence have long nurtured different cultures and traditions. Culture is a central but elusive concept in the social sciences, and so are its effects.

A broad consensus at the university characterises certain halls as sociable and activist, and others as academically minded and respectful.

Lumumba Hall, opened in 1971 and named after the DRC’s first prime minister Patrice Lumumba, has a tradition of social and political activism. It is widely seen as a prosocial hall, one that engages in activities that benefit others.

Livingstone Hall, opened in 1959 and named after British missionary David Livingstone, is known as a “hall of gentlemen”. It has a reputation of little involvement in social and campus affairs that are contentious, such as tuition hikes.

Given these reputations, one may be surprised to learn that assignment of students to halls has been random since 1970. The combination of these two facts (cultural differences between halls and random assignment to halls) presents a randomised natural experiment. It allowed my co-author Betsy Paluck and I to explore the influence of culture on the values and behaviours of the young elites attending Makerere.

Culture has long been a central topic in the social sciences, but this natural experiment presented an opportunity to study cultural influence in a rigorous way.

We conducted our research with the help and expertise of a team mostly composed of recent Makerere alumni. The team interviewed over 3,000 Makerere students in 2015 who were then living in the halls as well as over 1,000 alumni who attended Makerere between 1970 and 2000.

In our article, we advance that hall cultural influence is stronger for interpersonal outcomes (such as trust and activism) than for individual outcomes (such as academic grades and personality traits). This is arguably because integration into a culture is an inherently social process. Thus, outcomes to do with relationships are the kind most influenced by social forces.

Second, cultural influence is likely to be higher for outcomes or life domains that are part of the hall’s “daily life”. For example, life in the hall involves issues of trust and identity daily. But academic issues that gravitate around the department and political activism are not a daily occurrence.

How stable are these findings over time, though? The advantage of interviewing alumni that graduated between 1970 and 2000 is that we can learn whether they change over time. We found that hall cultural influence seems to wane over time. Cultural influence was smaller among alumni, likely because they left Makerere a few decades ago. We also learned from alumni that, for a variety of reasons that we discuss in our article, the importance of halls and their cultures was stronger in the 20th century, when they were students, than today.

For example, Lumumba alumni were more activist on campus and have remained more activist after leaving campus than Livingstone alumni, consistent with the cultures of the respective halls. But that seems to no longer be the case among students who attended Makerere in the mid-2010s.

How does a first-year student become influenced by their hall’s culture? Interviews and survey evidence point consistently to hall leaders (third and fourth-year students) as the ones who pass on their hall’s culture to the next generation. (This does not mean all students gladly embrace the culture of their randomly assigned hall: a minority try to resist it.)

The broader question of cultural influence is ever-present across Africa and beyond. It extends to any university, to political organisations such as political parties, and to professional organisations, including labour unions and business associations.

The University of Ghana, for example, provides a comparable setting of young elite socialisation. “Legon Hall was my first choice,” explained former Ghanaian president John Mahama, “because I was told it was peaceful and quiet, a hall of gentlemen.” He was nonetheless assigned to Commonwealth Hall, where “a lot of the political ferment, activism, and rebellion that took place on campus was usually hatched.”

The parallels are striking except for one important fact. According to Mahama, administrators at the University of Ghana purposely assigned rowdy students to Legon and calm students to Commonwealth to reduce these cultural differences between halls.

On balance, what do we conclude from our findings at Makerere regarding cultural influence? We know that most life outcomes, such as educational achievement and income, are primarily explained by a combination of individual characteristics and of primary socialisation, notably family environment.

In spite of this, our study shows that secondary socialisation into a new culture can still affect young adults in domains as diverse as interpersonal relations (trust, generosity), individual identity, and social activism.