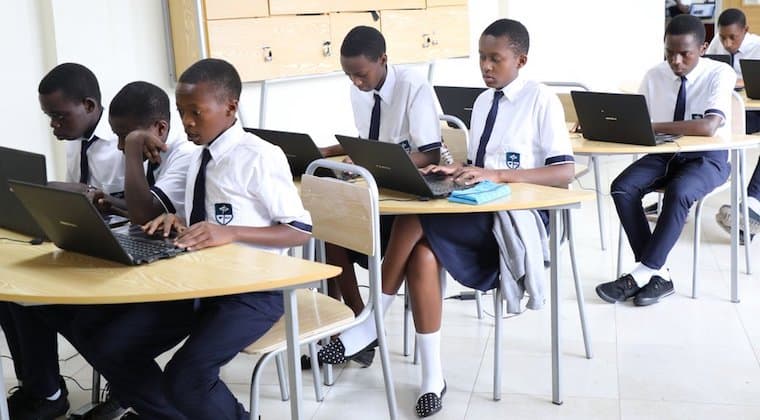 A statement from the Ministry of Education said, “This model school will graduate its students in a period of 3 years attended by students who are “Born To Code” determined to pursue a life-time coding career at an early age to emerge as global software engineers.” The coding academy targets young Rwandans who just finished secondary school and performed well in Physics, Mathematics and English.

The coding academy whose motto is: “born to code” targets students with an interest in coding  and seek to pursue coding as a long time career. The $4.6 billion structure that hosts the coding academy and the Nyabihu Technical and Vocational Education and Training School (VTET) was deliberately built away from the country’s capital, Kigali.

Speaking to the media, Minister of ICT and Innovation; Paula Ingabire said “We are starting off with sixty (students) but the intention is if we can roll out at least five coding academies; one in each province, then you are looking at least every year enrolling about three hundred students that can specialize in becoming software experts”.

The academy was built in line with the National Strategy for Transformation. Rwanda has embarked on building a knowledge based economy, through promoting science and technology.

Rwanda recently launched a satellite to provide internet access to rural areas around Lake Kivu. The Minister of Education, Eugene Mutimura said, “We are excited about this programme because we believe that this coding school will promote excellence in our ICT sector and reduce government expenditure on reliance of foreign companies to provide us with tech solutions.”

The Rwandan government will sponsor the students for a six months training abroad at top IT institutions during the three year course. Coding camps in Rwanda aren’t in scarcity either. For Rwanda, this is a huge investment in the future of their country. Andela, an African company that identifies and develops software developers will have its Pan-African hub based in Rwanda.