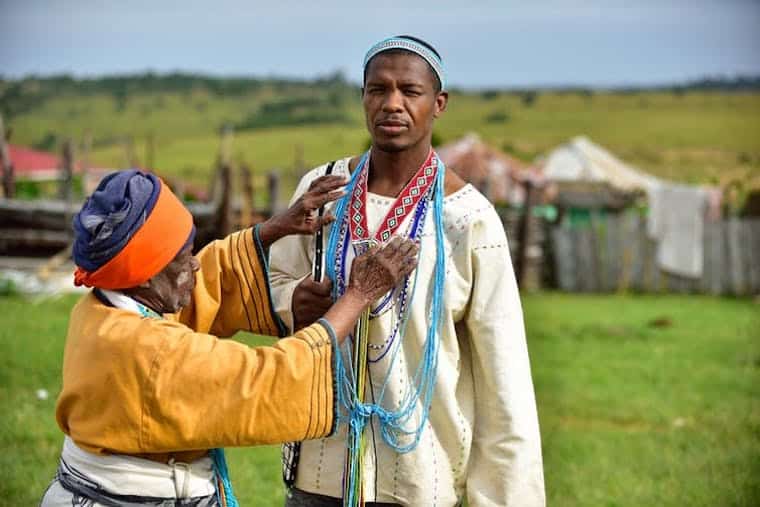 Each year scores of boys from the amaXhosa nation take part in ulwaluko in South Africa’s Eastern Cape province. This involves the boys living in secluded areas away from their homes. They undergo circumcision and take part in a number of rituals. All of this entails the boy’s journey to manhood.

Unfortunately the process can be problematic. More than 1000 initiates have died in the province between 1995 and 2017. Complications from botched circumcision procedures – including penile amputations – are common. There are also frequent reports of dehydration and physical violence in initiation schools.

These negative stories tend to make headlines. But for the most part, ulwaluko is shrouded in secrecy. And amaXhosa women tend to be among those who are the most excluded from this secretive set of rituals.

The participation of women in ulwaluko is considered taboo among amaXhosa. The Congress of Traditional Leaders of South Africa has in the past rejected any suggestion of women’s involvement.

When the Department of Cooperative Governance and Traditional Affairs tried in 2016 to legislate for some involvement by women in ulwaluko, it was labelled “a serious mistake” by men opposed to the idea. The department retracted the controversial clause.

Traditionally there’s a significant split in gender roles during ulwaluko. Women cook and prepare for the related ceremonies while men are responsible for the customary practices and the decisions required in the process.

I wanted to understand women’s feelings and perceptions about ulwaluko. I also wanted to establish whether their rights to gender equality, as outlined in the Constitution and other pieces of South African and international legislation, were being compromised in the name of protecting cultural norms.

I explored these issues in my PhD thesis. The study found that although women embrace and celebrate ulwaluko as a rite of passage, they also view it as a practice that perpetuates patriarchy.

The findings suggest there’s a need for relevant government structures and traditional leadership to give women a voice in discussions around ulwaluko. Women believe that certain things can be done differently to help make initiation safer. They also want to be part of the discussions and decision-making process around ulwaluko.

I conducted eight focus group discussions and 10 in-depth interviews in the Eastern Cape towns of Mdantsane, Flagstaff and Grahamstown with women aged between 31 and 82. Most had sent at least one son to initiation school.

Women told me their role in ulwaluko merely involved labour intensive tasks such as preparing food and traditional beer for the initiation ceremonies. They were barred from decision making processes.

One of the interviewees, Mavuyi*, expressed frustration with this exclusion:

We are not even allowed to speak about it! This is why some things fail, because sometimes this woman has good advice but is scared she will be asked why she is getting involved in this business.

Another participant, Lulu*, complained that “nobody tells you anything, because you are a woman”.

A few women told me, however, that there was nothing untoward about the exclusion of women from the initiation process. They argued that the tradition should be respected and accepted as men’s territory in the same way that child birth was historically considered women’s terrain by amaXhosa. It is worth noting that there have been some shifts here, in that modern amaXhosa men observe their children’s birth in hospital and give their wives support.

However, my research and others’ suggests that on the whole ulwaluko can be viewed as a harmful cultural practice because it puts women in harm’s way and causes them great distress. For instance, women who are seen in close proximity to an initiation school are accused of practising witchcraft – and even killed as a result.

Women are also vulnerable to a practice called ukukhupha ifutha or ukosula. This encourages newly-initiated men to have sex with any woman who is not their girlfriend; they believe this will cleanse them of any bad luck they may have acquired during the initiation. The result is frequently coercive or non-consensual sex.

Initiates’ mothers also suffer tremendous distress and worry, particularly in the Eastern Cape’s Mpondoland region. They are denied information about their sons’ health. In some instances, boys died during the initiation period and their mothers were not told. Women weren’t even told where their children were buried. This weighed heavily on them.

Despite these issues, women don’t want ulwaluko to be scrapped. They understand its significance as a cultural practice.

It is a deeply entrenched, age-old practice that has stood the test of time among amaXhosa. Initiates undergo this rite in the belief that it will transform even the most wayward boy into a dignified, self-respecting, and socially responsible man.

However, while respecting this history and culture, it’s also important to implement new ways of addressing the evident clash between ulwaluko and gender equality.

This is happening slowly in some areas. In parts of the Eastern Cape, mothers and female relatives who were traditionally denied information about initiates’ deaths are no longer kept in the dark. This allows them to grieve properly.

Ulwaluko, like all other traditional practices, must be allowed to exist. However, custodians of the culture should be willing to part with the harmful aspects identified in this study.

Awareness must be created around initiation legislation and existing tensions. Awareness campaigns can also be used to modify the norms and values of the custom that are outdated.

At the heart of this is the need to incorporate the voice of women in ulwaluko processes. Gender equality programmes should be established at community level. But these initiatives will work only if they are grounded in law and involve all stakeholders.

Lastly, initiation practices that have been successful in other Xhosa regions need to be documented and shared with communities that continue to experience persistent problems and fatalities during the initiation season.

*Not their real names.

Related Topics:PoliticsWomen empowerment
Up Next

World Refugee Day: Stories of refugees who succeeded against all odds

Why stereotypes of sexy women fans persist at the World Cup