Cartoon: Odinga says President Ruto is a "puppet of the West” 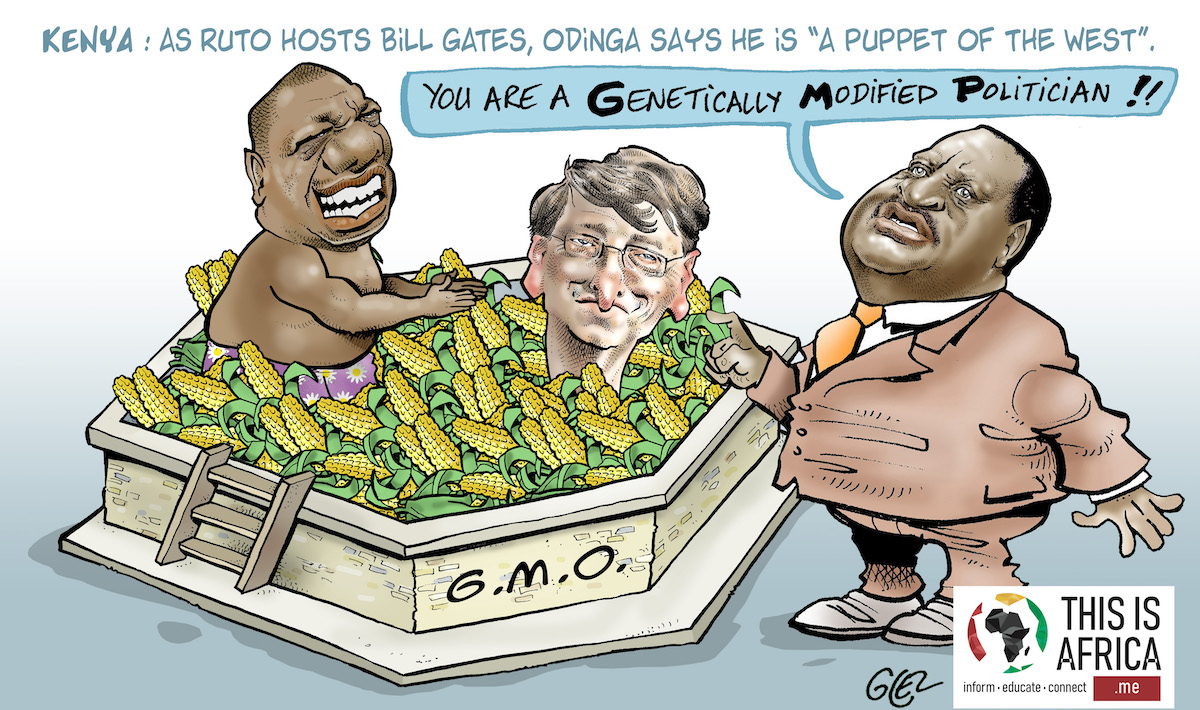 Kenyan politician, Raila Odinga has claimed that President William Ruto is a puppet of the West, working in the best interest of Kenyans but rather putting the interests of foreign powers above that of Kenyan people.

Raila’s remarks were made a day after Ruto’s government announced its intentions to import genetically modified maize to help deal with the growing food scarcity situation in the country.

“He [William Ruto] is being a puppet, working for foreign nations and their multinationals against our interest as a nation,” Raila said. “He is working to promote foreign biotechnology institutions abroad.”

Odinga also accused Ruto of making the decision to lift the ban on Genetically Modified Organisms (GMO) without public consultation and involvement, saying the action is as a betrayal to Kenyans.