Left to die: the fate of thousands of people living with HIV in Tigray
Advertisement 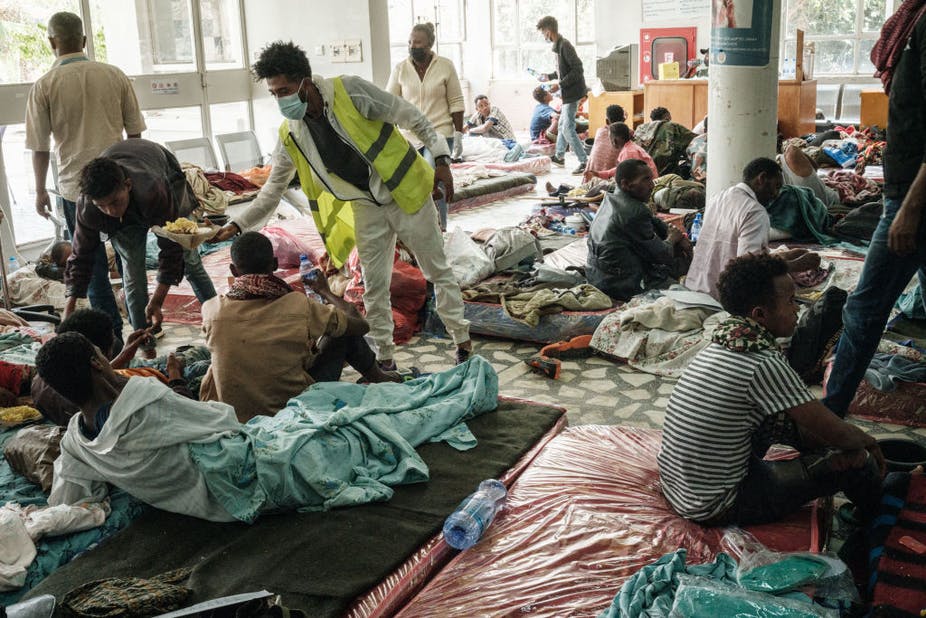 People with human immunodeficiency virus (HIV) on regular treatment are now experiencing similar life expectancy to people without the virus. This is thanks to the innovation of antiretroviral therapy which can prevent the progression to AIDS. This is the late stage of HIV infection that occurs when the body’s immune system is badly damaged because of the virus.

Evidence shows that the survival period for HIV patients who progress to AIDS is usually less than two years in untreated patients. If patients do not have access to ART, the prognosis is poor, with an overall mortality rate of more than 90%.

A key factor that limits access to antiretroviral therapy is conflict or war.

For this reason, we are deeply concerned about people living with HIV in Ethiopia’s Tigray region, an area that’s been the focus of our work. Currently, there’s a conflict between Ethiopia’s central government and the regional Tigrayan government.

We’ve carried out research for over 12 years on HIV in Tigray. This includes research on the consequences of not taking antiretroviral therapy over short periods of time.

Patients receiving care for noncommunicable and communicable chronic diseases will be among the ones suffering due to lack of medical care. These include patients in HIV care.

In Tigray, promotion of good health and disease prevention activities were provided through the health extension programme at health posts and through routine morning sessions at health centres and hospitals. But the region faced a full scale war from November 2020 to June 2021. This was followed by a de facto blockade for ten months. Signs that it might be lifted came with the Ethiopian government’s announcement an indefinite humanitarian truce.

As a result, the health extension programmme was completely non-functional for more than a year, and about 70% of hospitals and 87% of health centres were non-functional within the first six months of the war.

Health facilities have run out of condoms and pre-exposure medicines used to prevent people from getting HIV. The Tigray health care system has collapsed because of the war. Reproductive health services – including HIV care services – have also collapsed. These potentially increase the rate of new HIV infections. The stories of sexual violence and wider and systematic gang rape involving deliberate HIV transmission are among the most heinous acts.

HIV in the Ethiopian military is high, and the rate of HIV among women was already 1.2% (versus 0.6% in men) in Tigray. The Tigray regional health bureau showed that 7.3% of the women who have been raped have been diagnosed with various sexually transmitted infections and 5% have been infected with HIV.

The fact that over two million Tigrayans were internally displaced also potentially increases the rate of new HIV infections in the region.

There were more than 43,000 HIV patients and 2,363 pregnant mothers taking ART prophylaxis, with 867 HIV exposed infants in Tigray before the start of the war. These patients are at risk of AIDS related deaths because of the frequent interruption, and later, stoppage of antiretroviral therapy for more than ten months. This was due to the complete collapse of the HIV care system.

The war, and its aftermath, has had a devastating effect.

On January 2022, a group of health workers from Ayder Referral Hospital, the biggest specialised hospital in Tigray, reported running out of basic medicines. Clinics have also run out of stock.

Up to half of infants infected with HIV die within their first two years if they did not take ART. The survival status of women who were on ART prophylaxis is high likely to dwindle because of the high rate of malnutrition. The United Nations has released data showing that 79% of 15,000 screened pregnant and lactating women in Tigray were diagnosed with acute malnutrition.

This gap in the transition will result in further new HIV infections, delayed linkage to and interruptions of treatments, resistance to treatments, AIDS and deaths.

A preliminary report of damage assessment conducted by Tigray Regional Health Bureau between July to September 2021 showed that the rate of lost-to-follow up of people living with HIV and TB was 81% and 90%.

The existing inequity in poor HIV outcomes for rural dwellers and among women is an additional challenge to the unfolding tragedy as they make up the largest numbers of victims of war and conflicts.

Unless special attention is given to conflict and HIV the war will undermine the achievement of the 2030 goals to end AIDS, discrimination, and new infections.

The statements of global leaders for 2021 World AIDS Day contained messages of the ambitious goal of 2030. But they missed a core factor, namely the war or conflict that changes the likelihood of ending AIDS.

When the war is fought in one of the HIV prevalent areas, the goal of ending AIDS will simply be wishful thinking.

Access to HIV medicines is a basic human right and should not be denied, as experienced by the people with HIV in Tigray, especially in an era when the life expectancy of people with and without HIV is relatively similar.

We urge leaders of countries and influential HIV institutions such as the World Health organisation and UNAIDS to bring meaningful action and save those people living with HIV in Tigray who are left to die.

Dr Joanne Flavel from the Stretton Institute at The University of Adelaide, South Australia, contributed to the writing of this article.

Will SADC stand up to Mswati?