The long trip home: What it’s like to move back to Africa
Advertisement 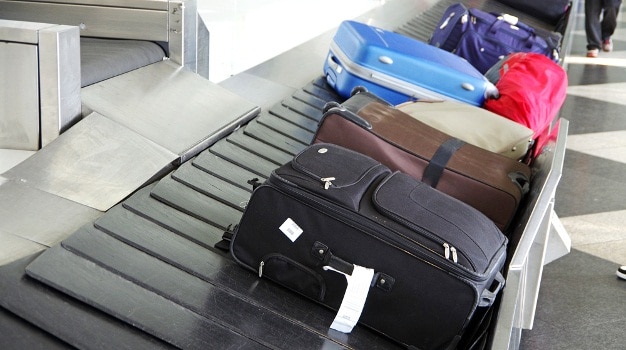 Moving back to Africa…as clichéd as it sounds, many Africans like myself are choosing to move back home after long periods of living ‘abroad’ (even while many still head in the other direction). Africa is hot right now, pun intended. Africa is selling, and not only in fashion and music. African economies are booming, as are the property markets; tourism is on the rise and investors are starting to pile in – development is in full force (See Forbes article about the Top 5 Investment Opportunities In Africa For 2012).

Twenty years ago, moving back to Africa would have been seen as some sort of Bear Grylls adventure, but that impression is giving way. With a growing number of countries improving their infrastructure, more and more Africans are taking trips back home, even if it’s sometimes only for holidays. They are seeing the beauty and opportunity their countries have to offer, which provides reassurance that moving back home needn’t be a huge risk or something unfathomable.

Africans living outside the continent are often labelled with a term I find is commonly misused and misunderstood – the “African diaspora”. Although the African Union defines the African diaspora as people of African origin living outside the continent, historically the African diaspora begins with the historic Atlantic and Arab Slave trades and ends with the hundreds of millions of people of African descent living in The US, Latin America, and the Caribbean. No matter how ‘in vogue’ Africa may be, it is less common for those with deep-rooted African ancestry to pack up and move than the more recent communities of Africans around the world who migrated to Europe.

It is easy to saturate complex stories that are so detailed and rich with history with terms like immigrants, minorities, Afro-this and that, but each person possesses a unique story. I narrowly got my British citizenship prior to the British Nationality Act in 1981, making me statistically Black-British, a term mainly used for British people with Afro-Caribbean background, which I’m not, making it a slightly annoying box I had to tick. In recent years there are more boxes to tick, and recently I was able to slot in my Ugandan heritage in an ‘other’ slot. Progress.

In Uganda we have the word Kyeyo; it’s a term for Ugandan economic immigrants who’ve gone abroad to make money. In my experience, the majority of those who do kyeyo are over-worked and underpaid, doing the jobs no one else wants to do. All stigmas aside, it’s really just a hustle – people trying to get some money together to send back home, sometimes even while studying. It’s rare to find someone trying to move away for life; even when they say they are, they usually come back. Some stay for months, others years. Some start families abroad; have their kids educated and then return. Some create two homes, one abroad and one “at home” and bounce between the two. And others simply get deported.

Every African has seen the ‘Ghana must go’ bag, the bag that makes at least one appearance on any flight to and from Africa; the bag that can effortlessly carry way more than one’s baggage allowance. Africans travel up and down with this bag, yes, we all know the stock-fish jokes, the bag filled with clothes (with the tags still on) as one prepares to stock a shop, the bag filled with Matooke. But worse than anything one can pack into these bags when moving back home is to fill them with ones ego. An ego that has lived in an “organised” society, an ego that compares everything to how it is in London or Germany or wherever it is you have been living. An ego that makes you feel superior to everyone at home because they don’t know what you know.

I came with that ego when I moved back to Uganda two years ago. My ego said I could change everything “bad” about Africa and run to the bank in the process. But you know you’re really back home when you finally realise that all those people you are going to teach the “right” way of doing things are not the students, you are. When you are really ready to live in Africa you take a step back, listen and learn from those who know a whole lot more than you do about the place you call home.

You see, those flawless systems I was used to working in abroad don’t all apply here. You have to learn the system without falling victim to its shortcomings. I still show up on time for meetings, not fifteen minutes early like I used to. Breaking good habits seems effortless when the norm is the opposite. There is a certain discipline most of us ‘resettlers’ need to instil in ourselves; it’s very easy to think coming home is that five-star luxury holiday you’ve waited your whole life for. If you’ve only been coming home for holidays, weddings and funerals, you soon learn that life is just like it is everywhere else. Don’t think that everyday is sun-kissed, relaxed and peaceful, the Bob Marley-soundtrack-syndrome. You’ll still have to pay bills, work hard for your money, have successes as well as failures, learn, teach and be taught.

If you happen to be away for long enough to have acquired an accent, it can definitely work in your favour. An African with a foreign accent is popular with everyone, so much so that some people are willing to risk embarrassment by “acquiring” a foreign accent without ever having left the country. And who can blame them. Radio and TV stations seem to prefer the accent, and they tend not to be too picky – even an accent that is a combination of Cockney slang with a pinch of Brooklyn can get by. We still haven’t overcome the mentality that everything that comes from outside our continent is better than anything home-grown, with the exception of China, but that’s a whole other story.

Then there are those for whom language proves a hindrance. They’ve been away so long that the white man visiting on safari can speak the local language better than they can. There are many Africans who grew up abroad, spoke nothing but English at home and never learnt their language, or it never quite ‘sprouted’ if they did learn it. It’s like growing an indoor plant, it may grow but it never quite flourishes like the one the sun hits. You’ll probably be laughed at, mocked and maybe even ignored when you try to speak your native tongue, but trust me, it improves with time and you’ll be bargaining in the market in no time.

It isn’t uncommon for someone with entry-level experience to return home expecting to land themselves a top-level position. Ego again. Enter the CV-embellishment game. We’ve all done it, but it’s a lot easier for resettlers because few companies are willing to make that international call to check out someone’s UK references. Ultimately, if one’s CV is heavily embellished, at some point they will get caught.

As I mentioned above, for some the move back is involuntary. With increasingly stringent immigration laws it’s harder for people to settle abroad than it used to be. That is probably the hardest move, one you didn’t choose and were unprepared for. For others, like me, the move is a calculated choice, a well thought-out decision. Yet I’ve had moments when I thought I’d made a mistake. But also moments when I wished I’d done it sooner. I don’t know what the future holds, I don’t necessarily feel that moving back is a no-turning-back movie moment, but Ido think it’s an invaluable experience. At the risk of sounding like a travel guide, I think it’s a great trip to make.

Related Topics:Black History
Up Next