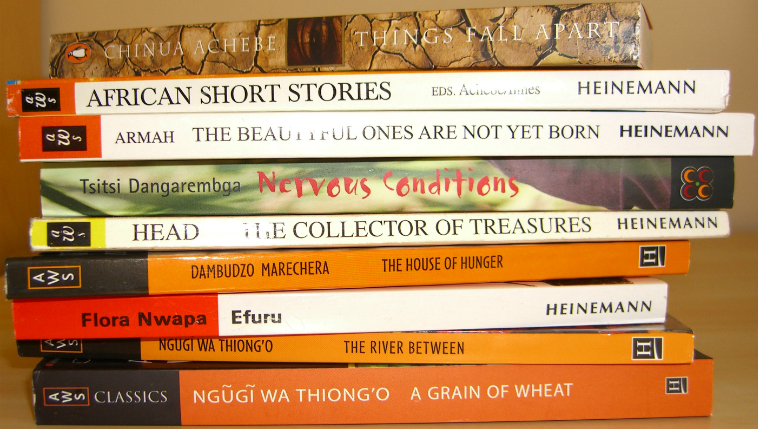 For many, Nwaubani’s article says so much truth. The most renown names in African Literature in Western media are those whose work has been published in the West. Some indeed became famous in Africa and have been applauded only after their works were published and praised in the West. One can risk to speculate that Chimamanda Ngozi Adichie is the typical African writer, praised and published in the West, and with a wider Western readership than an African one. Despite her eloquent criticism of the production of a single stereotypical story about Africa by the West, it is hard to imagine Chimamanda as a literary star without putting the West’s literary infrastructure in the picture.

But Nwaubani’s picture is not complete, without mentioning the various stakeholders based on the continent, and engaged in producing literature for the continental masses. Africa boasts a sizeable population, and with rising literacy rates and increased investment in creative production, there is hope that African writers may not have to look to the West for readership and credibility. The reigning Caine Prize winner (2014), Okwiri Oduor’s story was, for example, published by Short Story Day Africa in their Famine Feast and Potluck anthology after winning their 2013 competition.

As the first part of the series, these interviews are not entirely representative of the entire African publishing scene. There are publishers in other countries on the continent, and even in the countries where we are talking to some, there are more publishers we have not been able to talk to. The series thus offers only a peek into the scene to show indeed that African fiction publishing has a bright future. Some of the publishers I talk with concentrate on publishing women, some are run by writers themselves, some publish only a certain kind of fiction and others have found interesting ways to co-fund publishing with writers. Africa is indeed experimenting with fiction publishing in ways that the world may learn in future. I hope you will enjoy the interviews.

The Association of Ugandan Women Writers (FEMRITE) was founded by Hon. Mary Karooro Okurut, current Minister of Gender, Labour and Social Development and other female Ugandan writers in the 1990s as a platform to mentor and publish women writers in Uganda. Almost all the prominent contemporary Ugandan female writers are members of the association. Doreen Baingana, a winner of the Commonwealth Best Book prize, twice shortlisted for the Caine Prize, Miles Morland Scholar among other accolades is a past chairperson of the association. Other prominent members include Goretti Kyomuhendo, founder of the United Kingdom based African Writers Trust, and author of Waiting among other novel titles. Africa39 writers, Jackee Batanda (Commonwealth Short Story prize winner), Glaydah Namukasa (MacMillan Children Book prize winner) and Monica Arac de Nyeko (a former Caine Prize winner) are also members. Beverley Nambozo, founder of the Babishawe Niwe Poetry Award is also a member, just as Beatrice Lamwaka, also a Caine prize shortlisted writer. Since its founding, FEMRITE has published 34 titles, and continues to promote Ugandan and African women writing through various activities. We talk to Hilda Twongyeirwe, the current coordinator of the association about their experience.

The Jalada writers’ collective brings together 22 young African writers from five different African countries. It was formed in 2013 at a workshop in Kenya and has since published various anthologies of poetry and short stories, on very provocative themes as insanity and sex. The Jalada collective is re-imagining African fiction publishing in interesting ways. Mention any prominent name in contemporary Kenyan writing (in the twenties and thirties age-bracket) and you find them on Jalada’s membership list. Names as Clifton Gachagua, Okwiri Oduor, Jacque Ndinda, Linda Musita, Mehul Gohil among others. Nigeria’s Richard Ali, Uganda’s Nyana Kakoma, Zimbabwe’s Novuyo Rosa Tshuma and South Africa’s Tuelo Gabonewe are also on this impressive list of writers who are committed to improving the African fiction publishing scene. For the Made in Africa II series, I talk to the collective’s managing editor, Moses Kilolo.

From the first part of these series, you have met Yewande Omotoso, whose debut novel Bom Boy was shortlisted for the Etisalat Prize for African Literature and other prizes. So, Modjaji Books is the publisher responsible in part for producing the brilliant novel. Between the Modjaji books and Hands-On Books imprints, the company’s founder, Colleen Higgs tells us that they have about 70 titles on the shelves since 2007. The company’s website describes the company thus: “Modjaji Books is an independent publishing company based in Cape Town, South Africa. We publish the work of southern African women writers. Our books are true to the spirit of Modjaji the rain queen, a powerful female force for good, growth, new life and regeneration.”

You probably have heard of the Storymoja Festival. It is one of the highlights of the literary year on the continent. Almost all of the most important African and other writers have been guests at the festival. Did you know that beyond organising the festival, Storymoja publishes books? Yes. One of the founders, Muthoni Garland tells me that they started the company to prove a point: that it is possible to produce books for the matatu masses than depend on donor-funding. Six years on, the company has published over 120 titles and she says the possibilities of making profit are within reach. They have various series for various market segments. You want to know more about how they do their thing. Read the interview.

You remember that Abubakar Adam Ibrahim’s The Whispering Trees and Chika Unigwe’s NightDancer, two of the writers and books featured in the first part of these series are published by Parrésia. We talk to the company’s Chief Operating Officer, Mr. Richard Ali about the origins, achievements and prospects of their publishing business.

We talked about Short Story Day Africa in the introduction, didn’t we? I talked to the founder, Rachel Zadok about the initiative and she explains what informs their strategy for promoting African literature and what that strategy is.

If someone talks about African genre-publishing and writing and omits Ivor Hartmann, ask them to do their homework and return. Ivor’s StoryTime has always had an eye for genre-fiction, even when he does not necessarily sideline literary fiction. Learn about the growth of the company from the time they published the StoryTime online magazine to publishing sci-fi novellas.