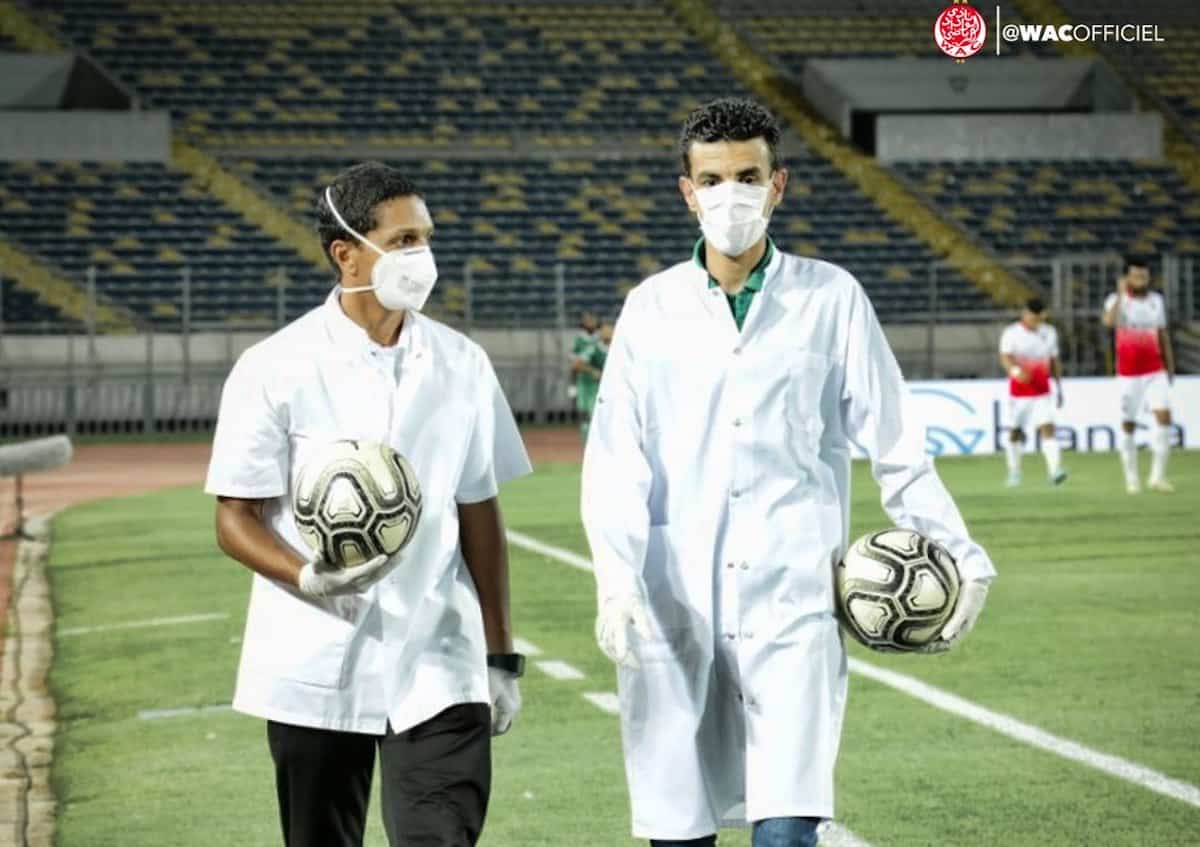 Moroccan domestic football resumed two months ago after a Covid-19 enforced halt, but not without signing a memorandum of understanding between the Moroccan Royal Football Federation (FRMF) and the kingdom’s Ministry of Health.

According to the agreement, several health measures were taken before action resumed at the end of July. The measures would see to it that players, technical staff, fans as well as members of the public in general adhered to health and safety protocols to minimise the risk of contracting the disease.

“The decreasing of Covid-19 related risks would be possible only if all concerned parties adhered to the measures taken,” read the agreement.

All stakeholders involved in a match-day situation are called upon to adhere to the measures: players, technical and administrative staff, referees, a section of fans, and the general public.

In addition, Covid-19 tests may be conducted during the games or in the build-up.

A physical routine that includes obligatory temperature tests surrounding matches is one initiative football in Morocco has taken to help in the fight against coronavirus.

All clubs in Moroccan football will also have to take part in regular detection through the RT-PCR test once every two weeks. The results will determine the participation of players for the remainder of the season.

Those found negative will participate further, while those positive will be rehabilitated by the FRMF and the countries’ national health authorities.

According to the FRMF, matches will be postponed “if a threshold of above six players are tested positive.” – Agencies