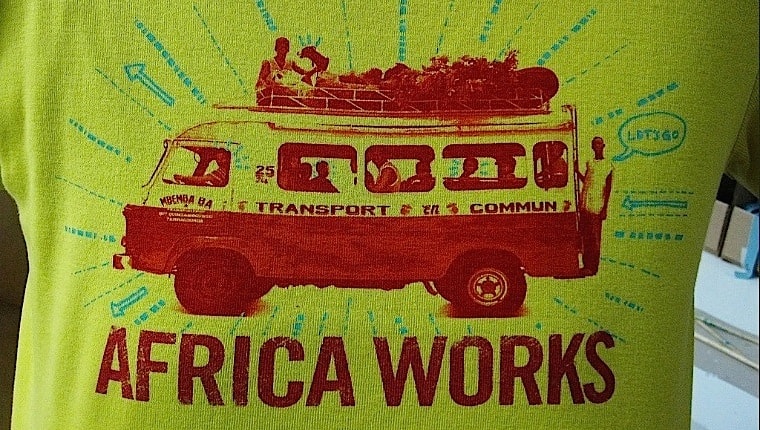 The Second Edition of ‘Africa Works: Creating New Partnerships in Leiden’, opened today in the historic Dutch city of Leiden, where more than 800 national & international participants are conferring for the coming two days in search of more business opportunities in Africa. The conference is organised by the two oldest Africa institutes of the Netherlands: The African Studies Centre of the University of Leiden and The Netherlands-African Business Council (NABC), which is located in The Hague. Both institutes are the offshoots of the oldest Africa Institute that was established in 1946. The conference will assess the opportunities and challenges in Africa for Dutch and African Companies.

The conference, with around 40 workshops over the two-day period, aims to provide more knowledge on the current situation in Africa for business and diplomacy; and create and strengthen new and existing business relationships between companies, institutions and organisations. The conference resonates with the Dutch Government’s policy towards ‘less development aid’ and more mutual market opportunities for Africa and (European) Dutch companies. Other Western countries have been following the same trend: how can the soft sector (development aid) and the hard sector (business) strengthen each other to develop Africa? Even the workshops are organised by a combination of a soft and hard sector organisations.

One of the workshops, ‘Invest in Africa’s Infrastructure’ is organised by the Dutch Ministry for Foreign Affairs. Other workshops include ‘How to increase trust and reduce risk’, organised by KPMG & PharmAccess, ‘Business model innovation for improved healthcare hosted by Philips and Amref Flying Doctors’, and the two organising institutes will also give their own workshops: ‘Cultural economy and identity’ by the African Studies Centre and ‘Water opportunities in Africa’ by an Algerian delegation and NABC.

Currently the NABC has almost 300 Dutch and African member companies in all private sectors, which include multinational corporations like Royal Dutch Shell, Philips, Heineken and The Rabobank. The organisation, with its wide network, provides knowledge and support in doing business in Africa.

Two of the keynote speakers at the conference are the Dutch Minister for Foreign Trade and Development, Mrs. Liliane Ploumen and the Liberian Minister of Gender & Development, Ms. Julia Duncan-Cassel. The conference will address the Ebola-crisis in mainly West Africa and the challenges and possible negative effects for doing business in the continent.

On the first day of the conference a petition will be handed to the Dutch Minister for ‘Foreign Trade & Development Cooperation” with an appeal to do more against the spread of Ebola and to help the nations already affected by this disease. The Dutch Government has already provided more than 30 million euros to help eradicate the outbreak of Ebola. Some of the money is channelled through Doctors without Borders (MSF), the Red Cross and UN-organisations like UNICEF.

The Liberian minister is extremely happy with the way she is received here in The Netherlands: “I have not experienced any ostracizing or stigmatisation. People were very welcoming. I did have a check in Liberia and in Casablanca but not in Europe. I have been to the Africa Summit of Obama in the White House; I have been to the UN General Assembly and various other areas. And I am now in The Netherlands with you. You know, Liberia is not Ebola. Ebola is not Africa. We should fight against Ebola and not against Africa. There is a lot of misinformation and ignorance; also with the media. Ebola is a sickness we still don’t know what the cause is. The west doesn’t know either. There is a lot of dirty politics going on. We know that a sick child from Guinea brought the sickness to Liberia but nobody knows the cause of this epidemic. I know of other countries in the region where the West has various interests, like in Nigeria, Senegal and Ghana where people are dying but the reason of these deaths in the aforementioned countries is given to cholera not to panic Western organisations and businesses. Don’t forget that Ghana is a basis for various UN-organisations.”

I asked her why we are only now seeing an epidemic if the reported carriers of the virus – fruit bats, monkeys, etc. – are things people have been eating for years. She threw her hands up in despair: “I wish more opinion makers ask these critical questions before recycling unfounded and fake reports. Nobody knows, but what can you expect when African counties lack strong research and other institutions? You are left at the mercy of others.”

Various people who want to greet and meet the minister interrupted the interview regularly. Minister Duncan-Cassel says that she has been never afraid of the Ebola epidemic: “my concern was more with the future of what we have achieved so far. We have build Liberia from the scratch after the devastating wars. We thought ‘peace at last’ and then all of a sudden this epidemic seems to cause havoc. It is really painful but with the help of our friends – you know your friends in difficult moments – we shall overcome.”

Regarding the Africa Works conference: “I am pleased with this conference because it brings various businesses and interest groups together. It is a pity that there are no representatives from the African Union and other African regional organisations. I have to admit that we Africans, especially African leaders seem to depend more on the West than on each other. Strong African countries should learn to support each other. Leaving on hand-outs must stop.”

The attention for and struggle against the deadly disease Ebola is commendable and it should be encouraged. Workers’ rights like the workshop ‘Decent work makes business grow’ organised by the second largest Dutch labour organisations, the CNV, is also very commendable. Yet, African migrants are barred from entering Europe in search of work and opportunities without endangering their lives.

The International Organisation for Migration (IOM) in its recent report “Fatal Journeys, Tracking Lives Lost during Migration” states that only this year more than 4,000 mainly African migrants drowned in the Mediterranean Sea trying to reach Europe and more than 40,000 since 2000. All this is of course the consequence of unequal international trade, poverty, unemployment and gross human rights violations in the countries of origin and the inhumane migration and asylum policies of the affluent West, who seem only interested in the material resources of Africa and its fertile soil.

African migrants, some wounded after climbing a fence, stand inside a temporary camp set up for immigrants who gained access to the Spanish enclave of Melilla on March 19. Photo: Santi Palacios / AP

There are some who say that the conference is also a response to the wishes of Africa and Africans for more trade opportunities than hand-outs. But critics say that the “more business and less aid” policy is more favourable for multinationals and other Western companies who have a strong support from their own powerful banks and governments. The small farmers and businesses in Africa will always lose the unequal struggle. They say that under the pretext of globalisation, neoliberalism is colonizing Africa.

Some find it regrettable that the conference ‘Africa Works” is not held in, for example Addis Ababa, Ethiopia or Accra, Ghana. It is easier for the rich to go to Africa than for African small business to fly all the way from Africa and pay an entrance fee of 395 Euros. I spoke to some small African businesses in The Netherlands who stayed away because of the expensive fee. Besides, African countries and businesses would have benefited from the incomes generated by such an international conference.

Still many, Africans as well as Europeans, find the initiative very commendable and have asked the organisers to strengthen and expand Africa Works.

There is no representative from the African Union or from the regional economic organisations of Africa like COMESA (Common Market of Eastern and Southern Africa) and ECOWAS (Economic Community of Western African States).

The road has two sides