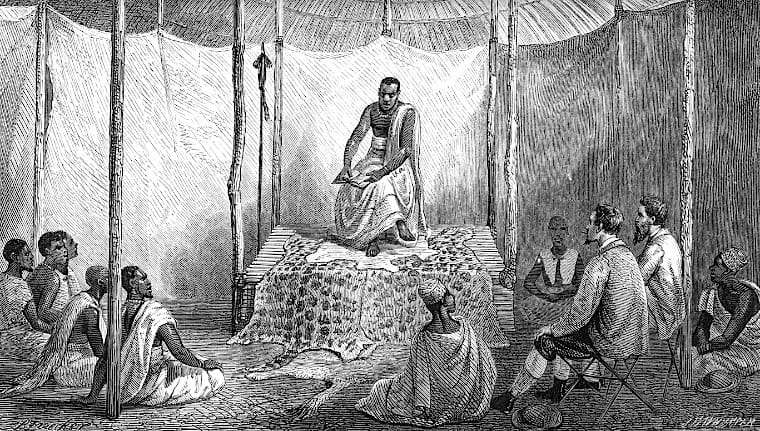 My mother started her elementary education in the early to mid 1960s, a few years after Uganda attained independence. She has been a headmistress of various rural primary schools for a number of years now, so I ask her about the content of the education she received in the 60s and what pupils today receive. She tells me that they had textbooks that taught them about basic life in England, Canada and India among other places where the British had spread their tentacles. Little was said about us, she says. The textbooks would not have a photo/illustration of an African child/person. They read of things they would not find in their reality. The homes they saw in the books were far from the ones they lived in. Intentionally and unintentionally the image of a proper home became that of the English home.

Jamaica Kincaid, writing of her own experience as a student in a colonial school in Antigua says in On Seeing England for the First Time:

“When I saw England for the first time, I was a child at school sitting at a desk. The England I was looking at was laid out on a map gently, beautifully, delicately, a very special jewel; it lay on a bed of sky blue – the background of the map – its yellow form mysterious, because though it looked like anything so familiar as a leg of mutton because it was England – with shadings of pink and green unlike any shadings of pink and green I had seen before, squiggly veins of red running in every direction. England was a special jewel all right, and only special people got to wear it. The people who got to wear England were English people. They wore it well and they wore it everywhere in jungles, in deserts, on plains, on top of the highest mountains, on all the oceans, on all the seas, in places where they were not welcome, in places they should not have been. When my teacher had pinned this map on the blackboard, she said, ‘This is England’ and she said it with authority, seriousness and adoration, and we all sat up. Is was as if she had said, ‘This is Jerusalem, the place you will go to when you die but only if you have been good.’ We understood then – we were meant to understand then – that England was to be our source of myth and the source from which we got our sense of reality, our sense of what was meaningful, our sense of what was meaningless – and about our own lives and much about the very idea of us headed that last list. At the time I was a child sitting at my desk seeing England for the first time, I was already familiar with the greatness of it.”

As part of the larger framework of Fredrick Lugard’s infamous indirect rule policy, the colonial education policy makers had thought of an African education that still enforced colonial stereotypes. Because they had sent explorers, missionaries, anthropologists among others to the continent to grow their knowledge of the continent and in turn use it to exploit and dominate native populations, this knowledge would now be passed onto the colonised to complete the cycle. To make the populations in the colonies believe that indeed colonisation was good for them. Even after independence, the colonised would share this twisted knowledge about them with themselves and consider it the true knowledge.

Edward Said has christened this notion Orientalism. He writes, in Culture and Imperialism:

“Neither imperialism nor colonialism is a simple act of accumulation and acquisition. Both are supported and perhaps even impelled by impressive ideological formations which include notions that certain territories and people require and beseech domination, as well as forms of knowledge affiliated with that domination.”

So, African pupils and students learnt that explorers Mungo Park (Scottish) and John Speke (English) discovered River Niger and the source of River Nile respectively despite the fact that the people who lived around these rivers already knew of their existence and had names for them. Something was not true, was not real knowledge until it came off English lips, eyes and ears. And what came off the colonial office was meant to justify colonialism. Thus, through education, Africans were fed an inferiority complex.

Mungo Park, a name familiar to many generations of students in Africa

On attaining independence, post-colonial thinkers and politicians embarked on the decolonisation of the education system, to serve the needs of Africans than the now-gone colonialists. Arguing for the abolition of the English department and establishment of the African Literature and Languages department at the university of Nairobi, Ngugi wa Thiong’o wrote:

“We want to establish the centrality of Africa in the department. This, we have argued, is justifiable on various grounds, the most important one being that education is a means of knowledge about ourselves. Therefore, after we have examined ourselves, we radiate outwards and discover peoples and worlds around us. With Africa at the centre of things, not existing as an appendix or a satellite of other countries and literatures, things must be seen from the African perspective.”

Uganda is not an exception. Several steps to decolonise the education curriculum have been undertaken to date. At present, learners in Primary One to Three learn about their immediate environment, through the oral strand. They learn about the family, the home, school, neighbourhood and sub-county. This is called the thematic curriculum, and they study in their local languages, with English studied as a subject.

It is at Primary Four that learners transit to studying in English. Under Social Studies, learners are taught about the district in which their school is located. They learn about its location, physical features, vegetation, people, leaders, and how to meet people’s needs in the district. In Primary Five, they look at Uganda, Primary Six, East Africa and in Primary Seven, Africa. There is no doubt that the curriculum is very contextual up to this level.

The textbooks in use are almost all locally produced. The textbook industry in the country is booming because materials produced from outside can’t be used to teach the new curriculum. Thus, where John Speke would have been praised as the one who discovered River Nile, the Primary Five textbook says that the river was called Kiira by the Basoga, who live around it, and John Speke was the first European to see it.

It is safe to conclude that there is a level of decolonisation of education that has been achieved at the primary level of education in Uganda, at least as far as Social Studies are concerned. Does my mother see herself in the curriculum that her staff members now work under? The answer is no doubt a yes. How the Secondary level curriculum builds on this self-awareness and contextualisation of school education is another question altogether.