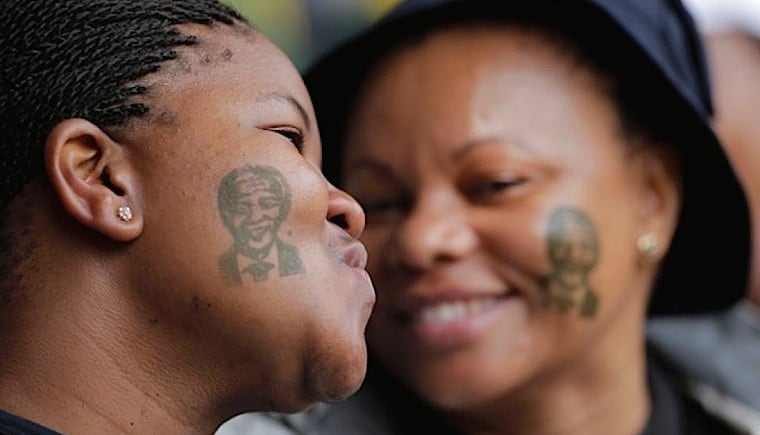 A quick glance at a few recent South African government-issued stats, and one could perhaps be excused at this point for opining that this article is out of touch; that it isn’t worth the metaphorical paper it’s printed on.

Roughly half of South Africa’s 400-strong National Assembly is made up of women. Women also comprise close to 50 per cent of those in office at local government level; the three most prominent members of the Democratic Alliance – who currently govern the Western Cape – are women. Perhaps none of this is surprising in a country where more girls graduate from high school than boys, and where surveys suggest that 50 per cent of the population feel women are as well-equipped to hold powerful positions as men.

Unfortunately though, any celebratory back-slapping remains at least a little premature. For in a Janus-faced South Africa still emerging from the cold shadow of an oppressive and segregationist apartheid regime, there is always another darker side to the story:

Roughly one in nine South African women have been raped at least once. One in four South African men admit to having committed rape (how many other men may have raped but don’t admit it?), and close to half of those have raped more than one person. Some human rights organisations say that as many as 40 per cent of South Africa’s women are likely to be raped in their lifetime, more than those who will complete secondary school. In 2010, more than 45,000 cases of domestic violence against women were reported in South Africa, just a little less than in the US, whose population is almost four times greater. It is estimated that between 40 – 70 per cent of women murdered in South Africa are killed by their “intimate partner”.

And behind these statistics are the horrific individual stories, including the ongoing trend of “corrective” rape cases (where it is believed that raping a lesbian will help “correct” her sexuality).

Then there was the brutal rape and murder of Anene Booysen in 2013. For me, one of the scariest things that emerged from this story was that many people in the community where Anene was from (men and women) seemed to struggle to differentiate between rape and “normal” (for want of a better word) sex; then there was also the hero status awarded to the man convicted of her murder within that same community.

Going back a little further, there was the video of a handicapped 17-year-old girl being gang-raped by seven men in a Johannesburg township that quickly went viral in 2012. Around the same time, a survey found that more than 25 per cent of young men in Johannesburg townships thought that gang rape was “recreational and fun”.

Mogoeng Thomas Reetsang Mogoeng, the current Chief Justice of South Africa, once said, in the case of a 30-year-old man who had attempted to rape a seven-year-old girl, “The complainant is seven years old and the injury she sustained is not serious.”

South Africans who care to be honest about the present reality know that many of their fellow countrymen and women still live a long way from the giddy heights of government offices and constitutional ideals of equality, and most of these men and women, for horrendous historical reasons yet to be adequately addressed, remain cut off from ‘mainstream’ society in townships with minimal services and limited education (black South Africans are still poorly served by our education system, and it is generally worse for those living in townships). Conservative and strongly patriarchal beliefs often continue to carry considerable weight in these environments, and domination of women, in whatever form it might be manifested, is one way for men to gain respect or to assert a sense of power and ownership in an otherwise often disempowered and deprived environment where drug and alcohol abuse are also common and further encourage cases of sexual and domestic violence.

But before we dismiss gender inequality as an issue confined to the (geographically at least) peripheral township dwellers, our very own central government requires further scrutiny. A couple of years back our polygamous President Jacob Zuma, who has himself faced rape charges, appointed Mogoeng Mogeoeng as the country’s chief justice, although it was widely publicised that Mogoeng had once said in court that rape was a “minor crime” and also ruled that a man who had dragged his girlfriend behind a moving car “deserved a second chance”.

Perhaps behind much of this is a culture of victim blaming. Many South Africans, even women, assume that if a woman has been attacked, beaten, or raped it is her own fault, that she either “asked for it” or didn’t do enough to prevent it. Some seem to feel that if women consider themselves fit to hold positions of substantial power, why should they not have to bear the burden of failing to keep the nation’s men in check? Boys will be boys after all.

This might go some way to explaining the often ambivalent attitudes shown by the police force and the justice system to cases of gender violence or sexual assault, and thus the disparagingly low percentage of convictions (around 6 per cent of all cases reported). Along with the social stigma that confronts women who have been raped, particularly if the contraction of AIDS is thrown into the bargain, it is not hard to see why many do not feel they can speak out about their experiences.

Activists seem to agree that the South African leadership needs to encourage open dialogue on and nationwide examination of attitudes to women and gender inequality, mirroring the approach to racial inequality in the aftermath of apartheid. For while South Africa’s liberation struggle surged on to the sounds of cheering crowds, it seems that somewhere along the line the nation’s women, despite having played such an important role in that struggle, got left behind, their voices drowned out by all the noise. It is perhaps fitting then that whilst the rest of the world celebrates International Women’s Day every March, South Africa’s National Women’s Day is always some months behind.

Related Topics:Gender equality
Up Next