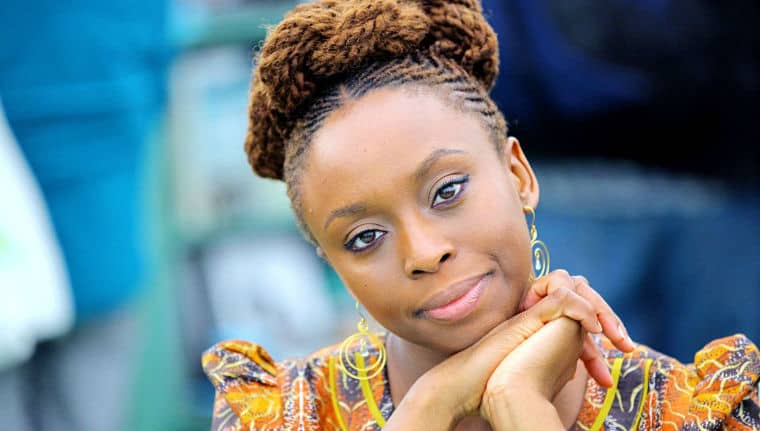 One of Africa’s most celebrated writers, Chimamanda Ngozi Adichie, is set to receive a honorary doctorate from the Johns Hopkins University in Maryland, United States next week.

Adichie, the author of critically acclaimed books, Americanah, Purple Hibiscus and  Half of a Yellow Sun, was named on the list of eight renowned global achievers who will receive honorary degrees this year.

The honorary degrees will be conferred at the university’s commencement ceremony on the 18th of May, 2016.

In recognition of her remarkable achievements, the award-winning novelist and social commentator will be awarded the degree alongside seven other recognised individuals, visionaries who have made a mark in various fields.

The recipients include renowned writer, filmmaker and director Spike Lee (who will be awarded with an honorary doctorate of humane letters), the founding director of the Bill and Melinda Gates Institute for Population and Reproductive Health, Laurie Zabin, Richard Axel, who was awarded the Nobel Prize in Physiology or Medicine in 2004, amongst others.

Lee will give commencement address at the ceremony.

According to President of the Johns Hopkins University, Ronald J. Daniels, this eminent group of achievers has had a positive impact on the world, and helped change the world. The honorary degrees celebrates these bold thinkers and courageous innovators, who are are an inspiration to the world.

In a relatively short career, Adichie has quickly grown to become one of the continent’s foremost writers. A fervent feminist and critic, the 38 year-old Nigerian author has received around 21 nominations for her work and has won about 15 awards to date.

Adichie earned a Master’s degree from Johns Hopkins’ Writing Seminars in 2003, and she will not have to wait much longer to be called Dr Chimamanda Ngozi Adichie.