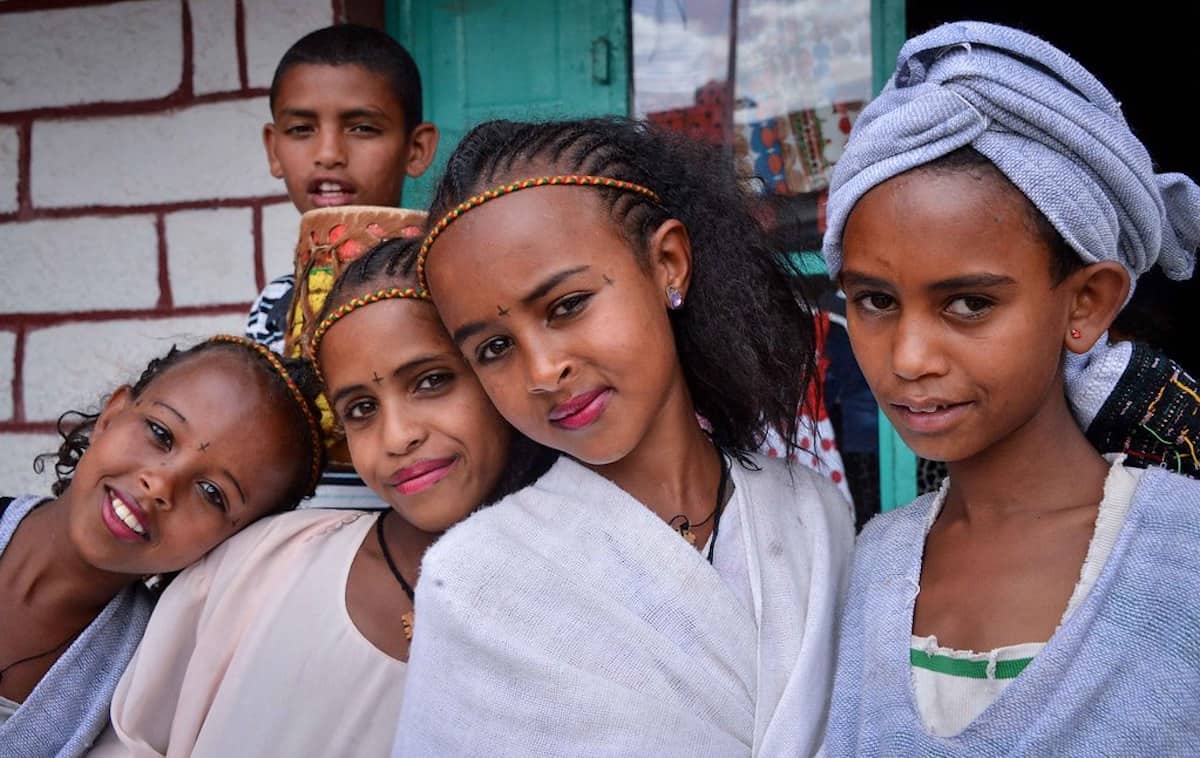 Ashenda is an annual cultural celebration associated with northern Ethiopia especially the Tigray and Amhara regional states. The girls and young women who the festival is for, adorn themselves in dresses called ‘tilfi’ which is a cotton dress ornamented on the front with amazing embroidery from the neck to toe. They also wear their hair in the braided styles that have been developed for ages and ornament themselves in jewellery and Ashenda grass.

The length of festival that usually takes place between August – September, varies from three days to one month depending on where in the region it is; shorter in urban areas, longer in rural areas.

According to a local publication, the women and girls gather in a central place where they divide themselves into smaller groups before going house to house to sing, dance and entertain the people of their community.

Customarily people give them gifts in form of money, food and drinks. This goes on the entire day and throughout the festival period. To close the celebrations the women and girls convene in a central area to drum, dance, sing and socialize

The main festival every year is held in Mekelle and it goes by other names that include: Shadey, Ashendye, Solel, Mariya etc.

This year, Ethiopian President Sahle-Work Zewde joined celebrants and spoke in the capital of Tigray regional state Mekelle about rallying efforts to ensure that the ceremony attains a cultural heritage status under the United Nations Education, Cultural and Scientific Organization, UNESCO classification.

She was quoted by State-run Fana Broadcasting Corporate saying: “… it is the responsibility of all to preserve these heritages from the impact of globalization.

“Just like Meskel, Fichee-Chambalaalla and Gada system, I believe that Ashenda will be registered as an intangible cultural heritage of humanity by UNESCO,” she added. She also stressed the need to increase and consolidate efforts at combating child marriage and male perpetrated violence.

Though the sentiment is not new and has been echoed by many in the past, the hope remains that the festival will one day become recognized in this way.