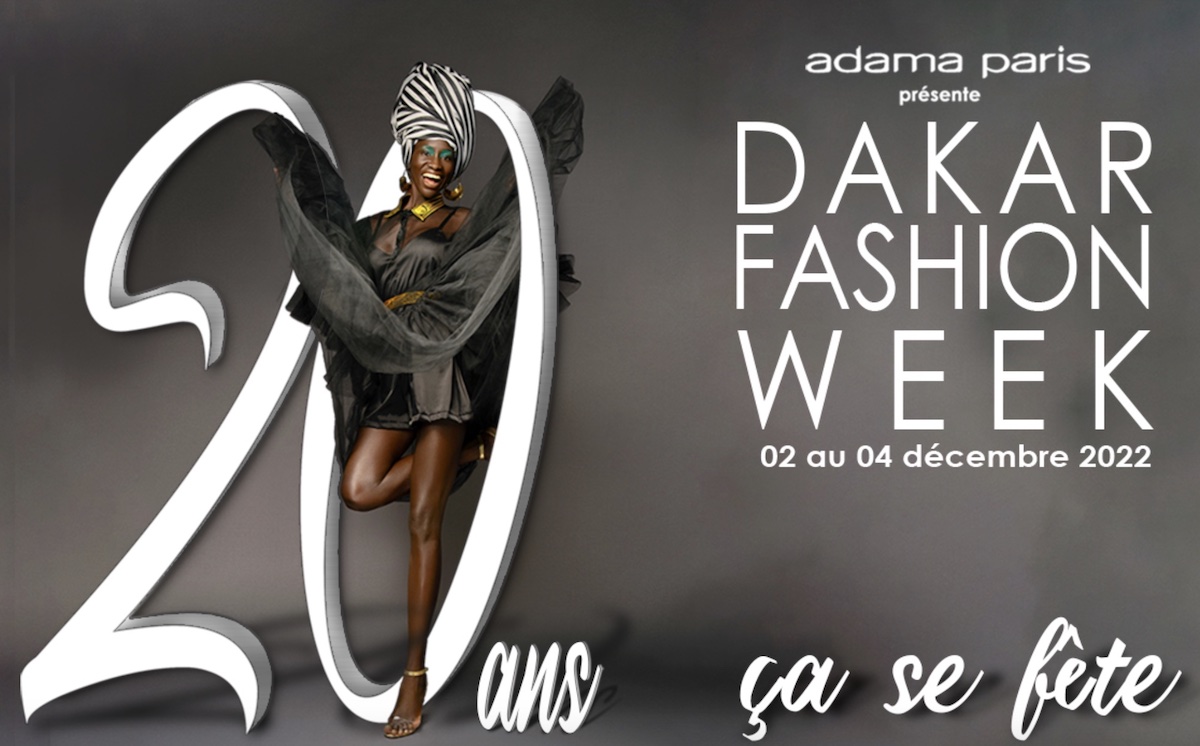 Dakar Fashion Week (DFW) is known for uninhibited fashion and highlighting designs at the crossroads of multiple cultures and eras. In the last two years, it has made a definitive statement about environmental responsibility, proclaiming that “sustainability is in style.” Many African designers unknowingly practice ‘slow fashion’ by opting for custom and handmade clothing instead of factory mass production.

According to a 2017 report by the Ellen Macarthur Foundation, the average number of times a garment is worn before it is discarded has decreased by 36% over the last 15 years. Furthermore, the toxic chemicals released from the dyeing and treatment of textiles are responsible for 20% of global industrial water pollution. These damaging trends necessitated a different outlook on how fashion should evolve.

Author, design activist, and Professor Kate Fletcher coined the term ‘slow fashion.’ She defines it as quality-based rather than time-based, and it is a thoughtful, intentional, and holistic reaction to excessive production, overcomplicated supply chains, and mindless consumption.

When the COVID-19 pandemic hit, DFW took measures to host the event outdoors in a field of ancient baobabs where model emerged from behind trunks to stride down the catwalk.

At the time Adama Ndiaye, founder of Dakar Fashion Week and the designer behind Adama Paris told the BBC, “A lot of the designers had already been doing ‘slow fashion’ but they didn’t know it.”

“It’s made here, and it’s not made in huge quantities. We were so ashamed of that for years but now we are proud of it. This is luxury.”

In 2021, with the pandemic stretching on, the DFW returned to the Baobab Forest to promote ‘inclusive fashion’.

In focusing on sustainability and inclusivity, DFW has taken an admirable stance on charged conversations in the fashion world. Fashion Weeks have been criticised for creating the continuous urge that drives overconsumption. But some, like the one in Senegal, are taking steps to change things. Copenhagen Fashion Week, for example, requires designers to meet a set of 17 sustainability requirements by 2023 to be eligible for the show. These include using 50% recycled or organic materials, pledging not to destroy unsold clothes, and employing ecological packaging.

For this special 20th anniversary, DFW advocated “made in Africa by Africans for the world!” The event’s website explained that it’s time to “proudly sell African know-how and craftsmanship in Africa and to the world. The Dakar Fashion Week embodies, above all, the spirit and audacity of abundant, creative, and dynamic youth.”

The event held from the 2nd to the 4th of December displayed 20 designers from all over the continent at a controversial venue. DFW chose to host this year’s activities at the island of Gorée, a major entrepot for slaves taken from West Africa.

The organisers said that they made the choice out of a desire to give a unique live experience. “After immersing you in the fervour of beautiful Dakar, we will immerse you in an artistic and tourist adventure like no other in the heart of the island of Gorée.”

“Gorée is a symbol of the memory of the slave trade in Africa but also a symbol of cultural and ethnic mixing.”

This minimisation would make one imagine that the island had a passable contribution to the slave trade but in actuality, it was a critical trading port. From 1677 to the suppression of the slave trade in 1814 by the treaty of Paris, 200 to 400 slaves passed through the island annually, usually through the famous “Door of No Return.”

One could relieve their trepidation that the island subsides on dark tourism by acknowledging that man must live regardless, but DFW could have done more to ensure they did not inadvertently participate in the historical sanitisation of the slave era in their descriptions and marketing.