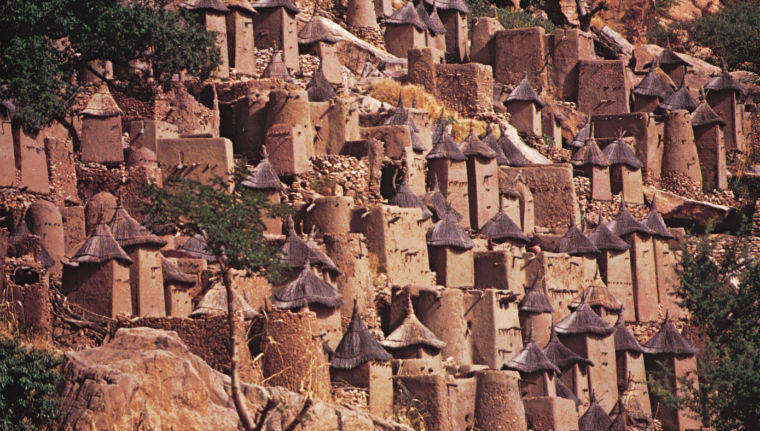 The Cliff of Bandiagara, also known as the Land of the Dagons, is inhabited by an ethnic group called Dagon. Before the Dagon group, people called the Tellem lived there. The Tellem people left a legacy on the sandstone cliff. They originally carved into the cliff in order to bury their dead where flash floods could not reach them.

Ghadames, Libya’s ‘pearl of the desert’