Photos for social change in Mozambique 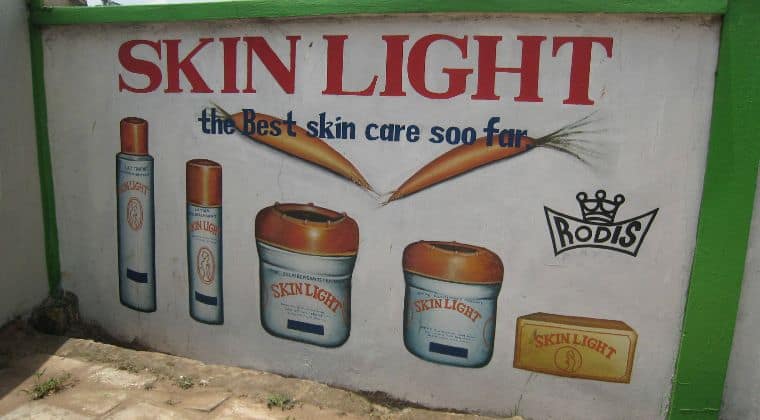 The growth in African photography follows decades of photographic misrepresentation, or reduction, by observers from outside the continent. In this fortnightly series, This is Africa will spotlight some of these photographers.

This week: Mario Macilau from Mozambique.

“I believe in the power of still images”, proclaims Mário Macilau (1984). The Mozambican photographer uses his images as a tool to change people’s minds about the world we live in, focusing on the living and working conditions of socially isolated groups.

“I’m mostly thinking about how my work can contribute to changing their situation. As a social documentary photographer I try to break the silence surrounding them and bring their identities, which have been hidden for too long, to the foreground. Hopefully this will cause some social impact.”

Background
Activism for progressive change has always been integrated into the work of the young photographer from the city of Maputo. Operating within a global movement fighting for social justice, peace and environmental issues, Macilau constantly confronts his audience with the power of realism.

Born in the newly independent Mozambique in the midst of the most critical phase of its civil war, his family struggled. “Plants do not choose the garden in which they flourish and blossom”, he writes in his biography. Having worked since he was just seven years old, he started taking pictures just ten years ago, reaching a professional level in 2007. “Now I specialize in long-term projects on living and environmental conditions, striving for a positive change across different cultures, locations and perspectives.”

Macilau’s images have been described as “alarming and provoking, arresting and engaging, public and private but, above all, utterly human”. He does not expect people to tell him how amazing the compositions of his work are, because he would rather have them read his work deeply.

Image power
“What I shoot is quite sensitive and I want it to create a line of discussion, to provoke. The power of the image together with my believe in my subjects motivate me to photograph their situations.” For Macilau it’s about sharing their testimonies, while directly reflecting on his own experiences.

“I believe that the path of life has made me who I am and I learned from that. It would be easy to say that, if born somewhere else, I would have different views, but if you don’t experience something, you don’t know. My life is not based on imagination, but on experience. I was born in Mozambique and I am still based here, a fact that is important in my personal and professional life.”

Even though he didn’t know how he could use photography as a source of income when he started out ten years ago, Macilau did believe in the medium as a stage to get his message out. Yet he admits to not knowing much about how critics perceive his images.

Sensationalism
“What they say is more virtual than real. There is a difference between misinterpreting an image and using a photograph to tell a different story than it was meant to do.” With that statement he aims at a century of photographic misrepresentation of the African continent.

According to Macilau, who won both the Visa Pour la Creation in France and the Protection Project Award in Washington last year, the world is filled with cameras these days.  And, regardless of the past, we should look at how photographs are getting used right now to portray the continent and Mozambique in particular.

“As professional photographers we should aim at painting a complete and coherent image, instead of letting amateurs tell a misleading story with sensational photographs.”

To do this he focuses on the different aspects of everyday life in his work. What brings a big difference when comparing photography to paintings or drawings is the fact that “the people are becoming part of your portfolio, including their real lives, identity and stories”.

Artists marginalised
This reality, says Macilau, must be seen by others in order to see the impact and changes they’ve gone through. “They may be different, their stories might change, just like their way of thinking. There is not a singular image of Mozambique I intend to show. It changes constantly and I use my photography as a tool to show people’s lives to the world.”

This is not an easy task though. As Macilau explains, artists in Mozambique are marginalised by people from the outside (like tourists and media) and the inside – collectors. He has to continue fighting and dreaming and even though he could choose to go abroad, he prefers to stay in Mozambique because it’s the best way for him to articulate the experiences of the people there.

“I grew up there, I lived the same life [as my subjects, ed.] and I know what in their hearts and minds. It’s easy to understand each other and build a relationship, but as a photographer I also like to explore new worlds, work outside my comfort zone and discover different places.”

Take risks
Good reasons, especially when you consider that the recent economic growth hasn’t done anything for the popularity of photography in his country. “There is simply no social development here. Without it, emerging artists have a gloomy future. But we simply cannot force it. It’s not about the quantity of the images, but the quality.”

What challenges the progress of photography in his country? “Young people in Mozambique are very afraid to take risks,” explains Macilau. “These days a lot of people come to me, saying: you travel a lot, I want to become a photographer and do the same. Young people have to first work on building a portfolio with strong images. They dream too much. South Africa, for example, does provide a lot of good spaces for young artists like Sabelo Mlangeni to develop themselves first.”

There are some good ‘new generation’ photographers in his country, such as Mauro Pinto and Filipe Branquinho. Macilau also points out Michael Tsegaye (Ethiopia) and Sammy Baloji (Congo) as examples of young talent.

The African continent needs this new talent in order to correctly represent itself in the future. ‘We’re no victims. No matter what we have been through, we’re still here with the intention to achieve something. I hear people complain all the time, instead of fighting for what they believe in. Too much theory and not enough practical effort to change the situation, just like a lot of young photographers. They have to understand the world is more than just the continent we’re living in. We’re not special because we’re Africans, but because we’re human beings like everybody else and live together on the same planet.‘ Macilau therefore focuses on the present, but never looses sight of the future: ‘If today it’s raining and you don’t remove your clothes when entering the house, what will you wear tomorrow?

Related Topics:African Photography
Up Next

Who taught you to hate your [dark] skin?