The quiet rise of heavy metal in Algeria 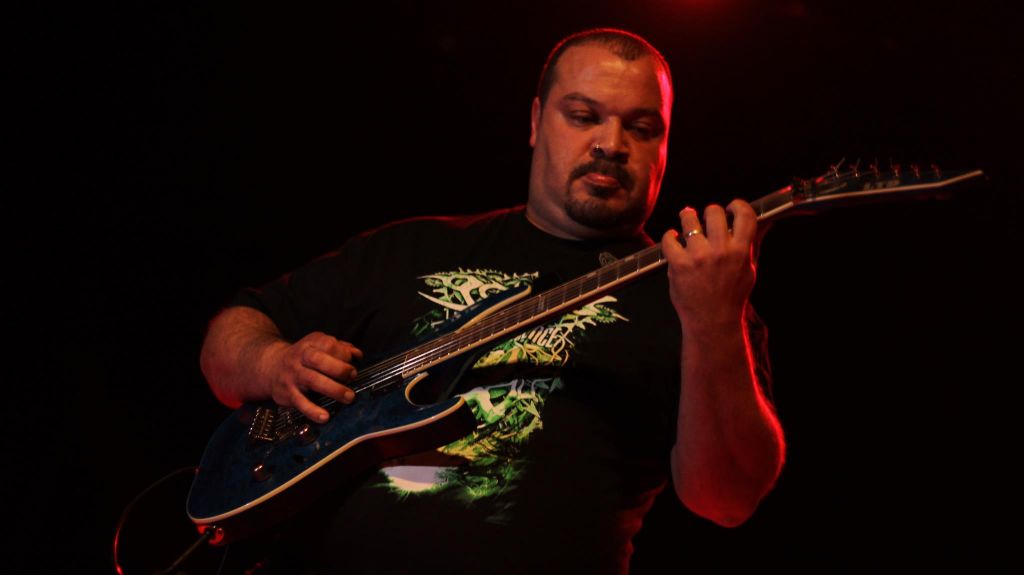 Unlike elsewhere on the continent where heavy metal and hard rock music are beginning to sprout, large parts of North Africa have enjoyed the styling of distorted guitars and pounding drums for decades. Morocco and Tunisia have even hosted major rock and metal festivals, as well as a steady stream of international acts. And even though Algeria has seen its share of political and social upheaval, and a well-publicised civil war over the years, this has not deterred many from picking up electric guitars and lending their voices to the heavy metal world.

For a long time now I’ve immersed myself in metal scenes in sub-Saharan Africa because of my work, but I wanted to take a look at what else is going on in the North, especially in Algeria, where bands are receiving more exposure, as a result of their proximity to Europe. Rock and metal’s peak in the 90s, it seems, came at a time when Algerians were searching for a distraction from the burdens that came with their lives during that tumultuous decade.

“In the early days, we were only few metal heads and it was really difficult to get music but now with Internet everything becomes (sic) easy,” says Redouane of the band Lelahell. The extreme metal trio is one of the more notable acts in the country today, having received significant global press coverage over the past two years, including performances in Europe.

Along with Lelahell, bands such as Barbaros, River Gate, and Traxxx are among a coterie of rock and metal acts doing their best to get the world’s attention. This is in contrast to much of the early ‘90s when Algeria’s musical landscape was noticeably quiet.

There are reasons for this though. There was trouble everywhere in Algeria in the 90s. Redouane describes it as the ‘Black Decade.’ It was around this time, debuting his first band, Neandethalia in 1994, that local fans’ ears heard the new sounds of doom metal and later extreme death metal from Litham, who also mixed traditional Algerian melodies into their sound. “The international opinion was ignorant about our situation, and they categorized us as terrorists,” he says, “Everything is quiet now… Algerian music is a perfect reflection of the cultural diversity that characterizes the country, music directories are distinguished by a profusion of several styles.”

“While the international community trained its attention on the country’s turmoil, many in the nation were transforming their angst into music. Seeing frustrated teenagers looking for something else, doing our best despite the difficulties to help kids release their wrath, was all the motivation needed for aspiring musicians,” explains drummer, Nazih, of the hard rock band River Gate. This music quickly became a vehicle of expression for many reasons. The ease with which it addresses political and social situations, as well as the wide reach of its fan base, regardless of religious, or economic backgrounds, allows for a wide participation; both for fans and musicians. For some, heavy metal’s open musical interpretation allows for an even wider inclusion of culture and languages.

The Silence of Bombs, the Energy of Hearts.

Ayrod, a vocalist for the extreme metal band, Barbaros, says that the rise of Internet cafés in the mid-90s signaled a turning point for him and the country. “I started to listen to metal in 1996 when the country start to provides Internet access to the public by very little cyber café. Also, I had friends at university, they have some heavy metal and hard rock magazines I read a lot about all kind of metal band at that time (sic).” Ayrod, like so many of his generation, was instantly drawn to this style of music. “We were young and we felt that we had the energies to explain our pain about this society, so the sound of metal; it was here for us, and we take it with all forces.” Likewise, Lellahell and Barbaros drummer Slaveblaster says metal helped him cope with the difficulties of life in Algeria. “During my discovery of heavy metal I was quickly diverted to the metal like Slipknot and Korn, which represent my adolescence, because of this sense of unease and constant suffering. It was exactly what I felt.”

While extreme metal has a small following, bands and fans of the music in Algeria have been patient because the music has taken time to cement its footprint. “To be honest the Algerian metal scene isn’t mature yet, and since now there are no bands that pushed (sic) down the barriers. Maybe Lelahell will do? Who knows?” says Redouane.

The unrelenting truth of his comments remind Algerians that, while this music has been circulating for some time, so much is still absent.

“Metal bands are mostly evolving in the underground. There are many reasons, one of which is the desire to keep one’s integrity and creative freedom, but also because the metal scene needs to develop more. There are no [record] labels, no distribution; concerts are almost nonexistent, not for the lack of trying, though. That’s why Metal bands try to reach beyond the borders, mainly towards Europe,” says Hichem Kikai of Algerian Metal Community. The push towards Europe has allowed one band, the France-based Acyl, to gain traction in Europe, having once toured with Swedish stalwarts, Dark Tranquility.

Despite the challenges, musicians and fans remain optimistic that the music will continue to resonate with more and more Algerians as time passes. Nazih says that fans need to spread the music by word of mouth, the way it was done in the old days. “When you’re turning the radio on, you’ll listen to what is currently the wave and, believe me, heavy metal is not the most followed (sic),” he says. But, “we have a big metal community in Algeria. There is a (group) working as hard as they can to organize shows and fests. It is very difficult as such organisations don’t have any support or sponsoring from public or private organisations.”

But with Algeria’s borders now more open, the world can start coming over. As Nazih says, this is a prime opportunity for Algerian promoters to “reroute” people of influence. Perhaps even smashing in a few of the negative perceptions about Algeria, both domestically and foreign, while they’re at it.