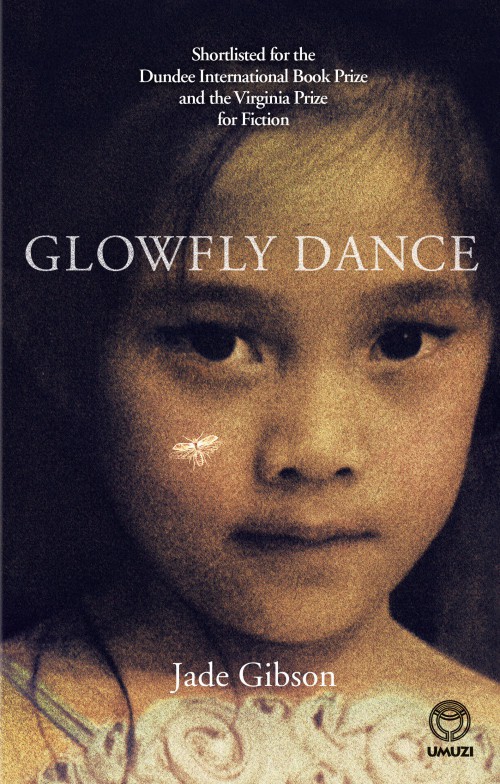 You sit with a personal story. It lurks beneath the surface. You wonder how many others are out there. How many have gone on to have relatively productive lives, staying quiet? As I write this, I have a friend abroad whose life may be at risk because of her husband, whom she is divorcing. It sounds ludicrous, like something from the movies, but this is real. And these scenarios are more than real for the three women a day who are killed by intimate male partners in South Africa. We all say it won’t happen to us. But it can, and it does.

When I was in the process of writing Glowfly Dance, I was plagued with doubt. Were the issues in Glowfly Dance still relevant? Surely by now society is open about domestic violence and abuse – people understand? But I was horrified when a female friend who lives in Cape Town said this about women in a local women’s refuge: “Those women just don’t want to work – they live off the state’s money instead of dealing with their lives.” And it hurt. It physically hurt. Because I know the stories of those women – and I know the stories of the children. I was one of those children. Moving from place to place, under false names, and always, always, scared.

These things happen. You can’t blame yourself when things go wrong. Not when a different person emerges from the person you thought you partnered up with, and you find yourself fighting for your life. Because some men kill those they claim to love. If they don’t kill, they seriously injure. But strangely, society still often blames the women. Kit Gruelle, the advocate in the acclaimed film Private Violence, states that women in an abusive relationship are ‘benign hostages’. If a woman stays, her husband might kill her. If she leaves, he will definitely hunt her down and kill her, and she knows this. A great number of people I have spoken to – from top professors to office workers – have often expressed incredulity as to why the women don’t leave. You stay, you may get killed. You go, you will get killed. 75% of women killed by their partners are killed while in the process of separating, or having recently separated, from their abusive partners. And my friend abroad may be in danger of becoming that statistic.

Domestic violence is a complex matter, and needs to be dealt with on multiple levels. It is a layered problem. And it is that complexity, I believe, that makes people feel helpless. But what if there was a book that explored these complexities, within a literary story? That told it as it is – from shelters to law courts, from psychologist to police failures, from different countries and from a child’s point of view? What if we could read such a book and discuss how and why things go wrong? That was the dream I put into Glowfly Dance.

So, having published Glowfly Dance, a story based on real events, and now speaking about the book publicly at book fairs and in the media, I am starting to see the reason for a book like this. When I wrote it, I was petrified what people would think. Here I was, with a childhood that others said was ‘extreme’. Tarnished. The expectation was that I would be ‘tarnished’ too. Yet extraordinary things happen to ordinary people all the time. Many go on to survive. You integrate it into your sense of being. But it drives what you do, how you see the world. And maybe I couldn’t save my own mother, but maybe I could change the world a little to help some other mothers, and the children who live with them. I can never bring my mother back into the world. But I can put Glowfly Dance out there – as a story, and as testimony to what women go through and to survival and resilience in children.

Glowfly Dance was written from a place of pain. It was something I had to do. Nobody believed in my book except me and some writing colleagues. When I sent it to an agent in London they said the memoir market was saturated. So I sent it out as fiction. It came into the world as fiction, with the names of all the people and places changed. I was afraid. But it was my life’s ambition. I felt that if I reached the end of my life and did not publish my book, I would have failed my life’s purpose. I chose to publish. And then I realised I had to own the story – when journalists realised the events were true.

In Glowfly Dance I want you to like the main character, Mai. I want you to see her for who she is: a girl of mixed identity, whose life is changed irrevocably when her new stepfather appears on the scene and who is a witness to the events of the next nine years. You see a mother whom the authorities and police fail to protect, and you see a man who will stop at nothing to get what he wants. And you see him fool psychologists, the police and the courts and abduct children, and you understand the impact of intimate partner femicide. You meet other women, too. One woman’s husband tracks her down and she can’t go to the police – because he is a policeman. Another woman is exiled abroad with a husband who beats her but she cannot go back. These are real stories. And yet Mai is able to keep hopeful, keep alive and have resilience, partly because of her wonder and curiosity for the broader world she lives in and the love she had in her life.

I want you to realise that for each of the three women killed a day by intimate male partners in South Africa alone, and the numerous others globally, there are probably children involved. What is the outcome for them? What are their rights? Will they, as Mai does, lose their whole family? Very little research has been done on the impact of intimate partner femicide on children. Mai is just one child. One story. If three women die daily, how many children are left behind? But I didn’t want to write a horror story of atrocities. I wanted to show how normal people can get caught up in extraordinary circumstances.

My friend abroad is still concerned for her life and that of her children. And again, this is only a tiny statistic in the scale of many. ‘I can’t believe this is the man I married,’ my friend says. I am hoping she finds her way to freedom. As a professional, she has more resources than other women in her predicament, yet she is struggling. Apparently 50% of women killed by their intimate partners did not believe their partners would do it. We need more information. We need to know. My friend continues to be in hiding as I write, and that is why I want more people to read Glowfly Dance, so that these situations can be prevented, and children like Mai do not have to write books to replace a mother they never got to grow up with.

Jade Gibson’s debut novel, Glowfly Dance, was longlisted for the Sunday Times Barry Ronge Fiction Prize and shortlisted for the Dundee International Book Prize and the Virginia Prize for Fiction.

Related Topics:African writing
Up Next

Welcome to my Table: A conversation with celebrated chef, Siba Mtongana

Placing art and discourse in a primary position and geography in a secondary position: An interview with Bonaventure Soh Bejeng Ndikung