Five reasons to end the conspicuous silence of music in classrooms 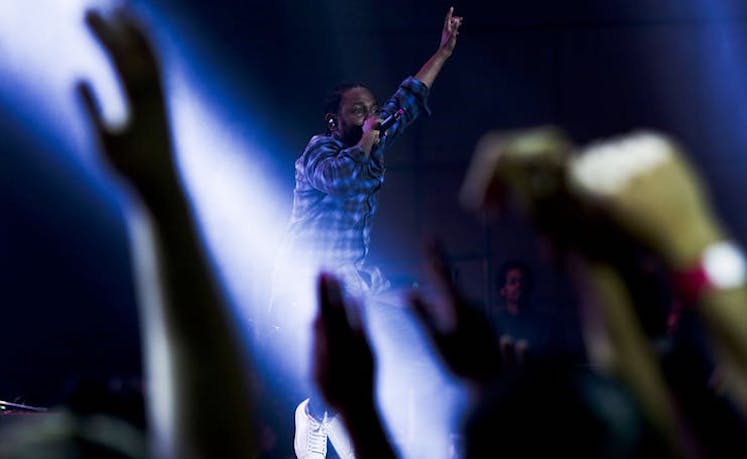 One of the main challenges that we educators face is getting our students to actively interact with course content, and perhaps explore its application to “real life”. One of the solutions to this age-old problem seems to be right under our ears.

A few years back I stumbled upon the article “Music and Cultural Analysis in the Classroom: Introducing Sociology through Heavy Metal” by Jarl Ahlkvist. He explores cultural analysis of music as a pedagogical tool for enhancing the learning experience of sociology students who are new to the discipline. Ahlkvist beautifully illustrates the value of using music as a bridge between theory and reality, and as a way to get students to actively interact with course content. Since this chance encounter I try – perhaps, not enough – to use music in more or less the same way in my course.

On hearing that hip-hop artist Kendrick Lamar was awarded the Pulitzer prize for his album “Damn” earlier this year I couldn’t wait to share the news with my class and my colleagues teaching English literature. I imagined that they would share my excitement and enthusiasm about what the award meant for the hip-hop community and Lamar’s fans.

But this wasn’t the case.

Many of my colleagues didn’t even know who the iconic artist was. Students didn’t understand the big deal as they hadn’t really listened to the album as social commentary. My exchanges highlighted what I believe is the general disregard that South Africa’s schools and universities have for music as a tool for teaching. They haven’t grasped that it’s of equal scholarly importance to the written word.

This palpable absence of music in the lecture halls of South Africa’s universities and schools is problematic for a range of reasons. At some point it must be addressed, either for the sake of progress or at least experimentation.

But, for now, let me share my initial thoughts. To stimulate discussion around music and its potential role within the context of higher education I have distilled these into five concrete ideas.

Literature is not superior to music

As a record collector it’s glaringly obvious to me that an album is capable of providing as much social commentary, intellectual depth and perspective as a novel could. In fact, an album might, in addition, provide a more robust text for analysis within the context of lecture.

If, for instance, one is teaching a class on colonialism in Zimbabwe, you could draw on the text of the novel “Nervous Conditions” by Tsitsi Dangarembga to explain colonial subjectivity. But you could also play Chimurenga music and analyse it beyond the constraints of the written word. Chimurenga is music from Zimbabwe’s liberation struggle against colonial rule.

Music is the literature of the streets

There’s another reason for the urgent need to include sonic literacy in curricula. It’s to do with access.

Generally speaking, people engage with music more than with books. For example, someone might not read a book on “Black Lives Matter” – the movement started in 2013 that grew in opposition to violence against black Americans – but they will engage with an album like Lamar’s “To pimp a butterfly” from 2015. It not only provided the soundtrack of the times, but also provided social commentary as impactful as any book published on the topic.

The music of Afrobeat pioneer Fela Kuti is a powerful telling of what was happening in Nigeria in the 1970s. It also reflects what ordinary people were experiencing and addresses the burning issues of the time.

The same can be said of artists like American icon Nina Simone, Jamaican reggae superstar Bob Marley and the “Lion of Zimbabwe”, Thomas Mapfumo.

These artists have managed to be the mouthpieces of particular generations and social movements. Their music has provided guidance in periods of turmoil. With this understanding in mind, how can we ignore these iconic voices when we engage with the context in which they are embedded?

Music is a vehicle toward the ‘decolonial’

As academics endeavour to decolonise learning spaces they need to consider why the written word takes priority over the spoken. Also, they should question why certain texts are treated with greater respect despite their obvious chronological and socio-cultural irrelevance.

And, why do academics generally treat text that’s accompanied by music as non-intellectual and inferior? I believe that music is an underutilised tool when it comes to steering curricula away from strictly Western and colonial models that have cemented the privilege of certain texts and modes in the knowledge economy.

Remain in the groove

It’s fairly safe to say that a substantial section of the novels and poems that have become permanent, canonical fixtures in curricula across the globe are outdated. This is particularly true since the advent of the internet and social media which have dramatically changed our reality, and how we (and our students) relate to it.

Within a fast moving, highly technologised and globalised era, music provides an analytical framework and sounding board for understanding a rapidly transforming society. To engage with society in real time we can’t always afford to wait for books to be published. We have to listen to the music, and dance while we’re at it.

On The Road (In East Africa)