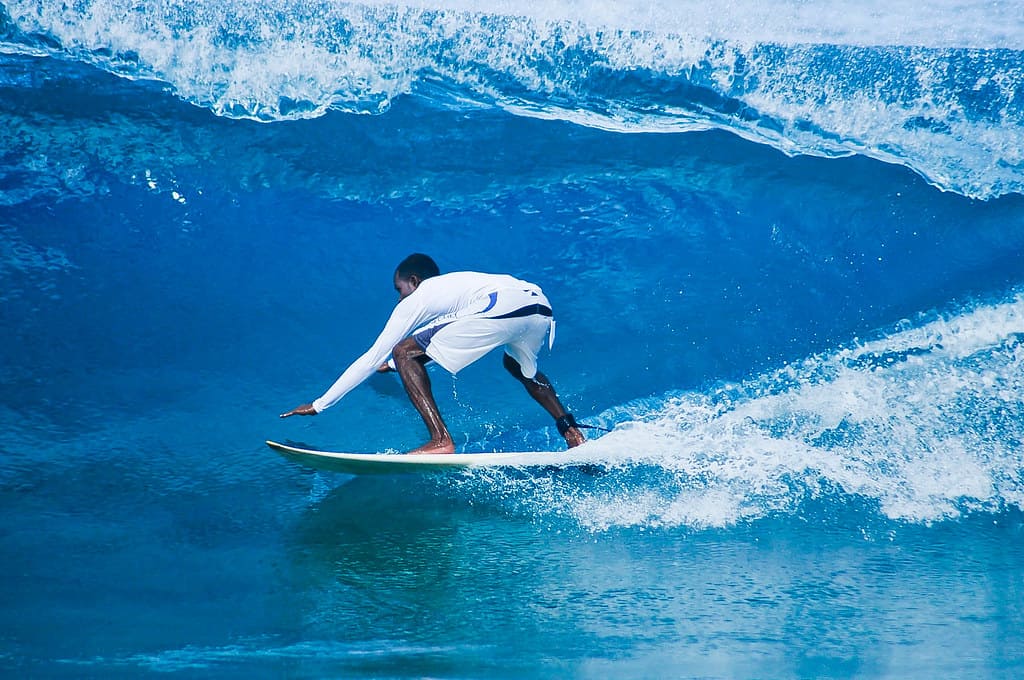 A research paper titled, “A Cultural History of Zulu Surfers in South Africa” sets out a genealogy of Zulu surfers in surfing magazines, surf industry advertising and films featuring surfing (surf films, documentaries and feature films) from 1965 to the present.

According to the paper two films have foregrounded Zulu surfers, the feature film Otelo Burning (2011) which is the story of 16-year-old Otelo Buthelezi, his brother Ntwe and documentary film Kushaya Igagasi (2013), translated as “Hitting the Waves”.

Black surfing was impacted heavily in 1953 when the Reservation of Separate Amenities Act No. 49 that was signed into law prohibited different races from using the same public amenities (such as beaches). Under this law, those not classified as “white” were allocated under-resourced and more dangerous beaches, very few of which would later be good surf spots.

The paper goes on to summarize the surfing history timeline by saying, “From the early 1990s, the voices of Zulu surfers in KwaZulu Natal can also be found in the surfing archive. A changing cultural politics has made possible an agency for Zulu surfers to accommodate, subvert or re-appropriate established surfing’s representations of “the surfer”.

In the past decade Africa has become the next frontier for surfing. Although South Africa is the continents best known surf destination there are 38 coastal countries and a surplus of offshore islands that are perfect for the adventurous surfer.

A South African surf company name Mami Wata or “Mother Ocean,” which is a mermaid-like spirit from West African folklore with long, flowing hair who followers believe can charm snakes, is striving to put African culture on the global surfing map.

The co-founder of the company, Andy Davis thinks that, “Here, surfing is about exploration… in places that are still so wild – jungles, deserts, and unspoiled vistas – where there could be crocs and hippos in the water”.

A notion that is echoed by travelers who have explored the continents best surf destinations. According to Trip Savvy the 2019 10 Best Surf places are:

According to observers, despite this burgeoning interest black surfers, are still not properly represented in various media and promotional events for the sport. This is however changing.