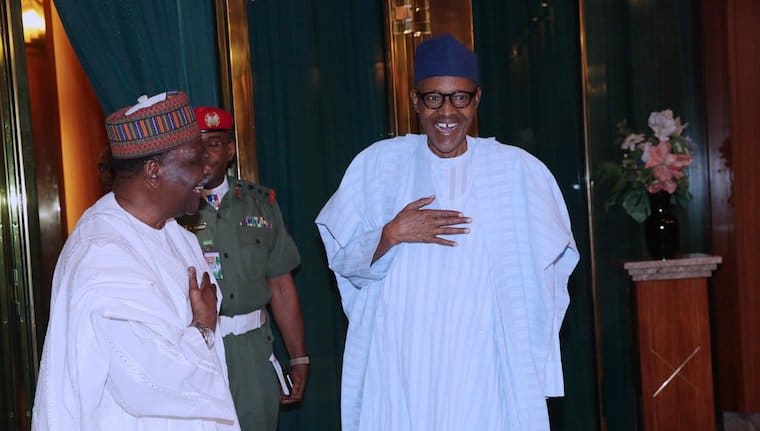 In the first quarter of the year, President Buhari signed an agreement with the Swiss Federal Council and International Development Association for the Return, Monitoring and Management of Illegally-Acquired Assets Confiscated by Switzerland. As a result of this Switzerland returned over $320 million of the money plundered by Nigerian Army officer and politician Sani Abacha during his reign from 1993 to 1998.

Buhari’s government announced that from July it will distribute the returned funds to around 300,000 households, each getting around $14 a month as part of the Nigeria National Social Safety Net Program (NAASP). The money will be paid in small installments under the supervision of the World Bank, which has promised to conduct regular audits. Should the first installments be misappropriated or improperly handled the subsequent payment will be halted according to Robert Balzaretti, one of the Swiss officials involved in the negotiations. He told BBC that is the first installment is not properly accounted for, subsequent payments will be halted. This is to prevent the funds from being stolen again.

Critics fear the handouts are misguided and the money could be better utilised elsewhere. Shehu Sani, the Senator representing Kaduna Central in the National Assembly expressed the difficulty that would arise in trying to distribute the money to that number of Nigerians. This is especially on account of the country’s position on the Transparency International’s Corruption Perception Index dropping from 136th place when Buhari was inaugurated to 148th out of the 180 countries surveyed.

Sharing $350 million recovered loot to 180 million Nigerians is https://t.co/atPXZzmkNk will end up with beneficiaries whose names will be given by Governors,Ministers,Lawmakers and the President’s men.Let it be tied to a project Nigerians can see with their ‘Korokoro eyes’.

The Socio-Economic Rights and Accountability Project (SERAP) has said the plan is “mis-targeted and would not bring any tangible benefits to the beneficiaries.”

SERAP in a statement by its deputy director Timothy Adewale said, “The authorities have a legal obligation under the UN Convention against Corruption to which Nigeria is a state party to make sure that the returned Abacha loot is properly and efficiently used, both from the viewpoint of using asset recovery as a tool of ensuring justice to victims of corruption and breaking the cycle of grand corruption. But the plan to share the loot among households is mere tokenism and would neither have significant impact on poverty alleviation nor satisfy the twin objectives of justice and development.”

“Rather than spending the loot to fund the National Social Safety Net Program (NAASP), President Buhari should, within the framework of the 1999 Constitution (as amended), create a central recovery account/trust funds, with oversight mechanisms to ensure repatriated funds are transparently and accountably spent to invest in tangible projects that would improve access of those living in poverty to essential public services such as water, education and health. Distributing N5,000 to household would neither improve the socio-economic conditions of beneficiaries nor achieve the enduring value of a more transparent and robust system to manage recovered loot.”

Read: Switzerland will return more than US$320 million of Abacha family money to Nigeria

Is restitution of all stolen assets possible?

Buhari has also taken the struggle for fund repatriation to the United States and the UK. In a second international recovery campaign Buhari discussed the restitution of about $500 million in stolen state assets with US President Donald Trump. However the process is more complicated than it appears.

“Our two governments have put the machinery in place for our respective attorneys-general to collaborate in ensuring the return to Nigeria of over $500 million looted funds stashed away in banks around the world, President Buhari announced after the meeting with the US leader.

First, the stolen assets must be found. “By definition, most of these cases are very complex,” Jean-Pierre Brun, who works for the Stolen Asset Recovery Initiative, a partnership between the World Bank Group and the UN Office on Drugs and Crime said. “First you have to identify the assets. Sometimes it takes months and years to know where they are located because, when people are committing embezzlement or taking bribes or making illicit wealth, they want to conceal it in foreign countries.”

“Second, once you have found them, you have to go through the legal proceedings in your own countries to prove criminal offenses and to obtain the confiscation of the funds,” Brun said. He added that the lengthy process could require several sessions of legal proceedings.

“And then, once you have obtained court decisions, you have to enforce your court decisions in the foreign countries,” Brun said. “So, this is where you end up in proceedings where you have eight or nine or 10 years of efforts.” Differences in legal systems, language barriers and lack of legal expertise can lead to additional problems.

Buhari’s success so far has however gained the attention of the international community. The heads of Africa’s anti-corruption authorities have met in Abuja to discuss better coordination in recovering illegal assets. The Federal Ministry of Economic Cooperation and Development (BMZ) has also launched a dialogue between African nations and EU countries on the repatriation of stolen assets.