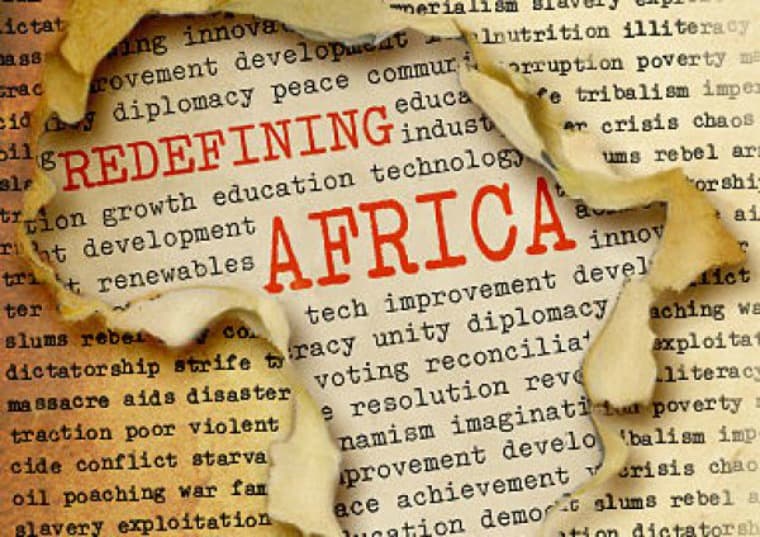 Africa’s growth trajectory for over a decade has been impressive as reported by the World Bank, the African Competitive Report and the African Economic Outlook. This impressive course is projected to sustain and even rise to 5.5% in 2015.

However, leaders in the continent worry, and rightly so, that without adequate road and railway networks, the translation of this growth into real socioeconomic development for Africans may not happen. Indeed countless socioeconomic activities depend on reliable transport connectivity.

The 2nd Africa Adaptation gap report projects among impacts to Africa’s cities, increased risk of flooding and sea level rise potentially displacing millions and damaging infrastructure and disrupting road, and rail transportation. This could spiral down to impacting trade infrastructure and routes, with potential losses to African economies that could range in the millions or billions of dollars. In such a scenario, affordable air transport could go a long way in ensuring intra-regional connectivity and mobility is not completely paralyzed.

Other than damage to infrastructure, climate change is also projected to affect agricultural productivity, with significant yield reductions of key staples in some areas being offset by increases in others. For instance, while yields in maize, a staple in most of Africa, are projected to decrease by 11% in Southern Africa, 13% in Central and the Sahel and 7% in West Africa between 2030 – 2050, East Africa may experience 15 – 18% yield increases over the same period. This would mean affordable air transportation could be vital in distributing maize from high yielding surplus areas to low yielding, high demand areas and boost food security and intra-Africa trade in the process.

A good transport network will deliver economic and social benefits by connecting firms to international and regional markets, and by enabling individuals to reach water, fuel, schools, clinics, jobs, and relatives. It will boost the transportation of goods and raw materials, facilitate transactions and negotiations, boost tourism and positively impact ordinary lives in diverse ways. For instance, it will ensure people get to hospitals quickly during emergencies. At national and regional level, without reliable and competitively priced transport connectivity, nations have little hope of trading their goods on the most advantageous terms. Transport makes markets work. Inadequate connectivity for Africa is impacting negatively on a number of fronts.

In trade, lack of adequate roads is translating to high transportation costs and trade barriers. As a testament, transport costs alone are 63% higher in Africa than in developed countries, hampering the continents competitiveness in the international and local markets. Transport costs represent between 30 – 50% of total export value in Africa, meaning profitability of exports is greatly hampered. Development experts believe poor roads and railways are having a negative impact on intra-African trade, which is currently at a lowly 11%, relative to similar developing regions, such as trade among Southeast Asia’s 10 countries, at 37%. Indeed the Africa Competitive report observes that Africa’s infrastructure deficit is limiting regional integration and intra-regional trade, currently lowest in Africa at 12% compared to 25% in South East Asia, 45% in North America and 65% in Western Europe. To quantify this loss in trade in monetary terms, the World Bank reports that while Africa currently produces staple food worth USD 50 billion annually, the region could add an extra USD 20 billion per year if it dismantles barriers to trade in agriculture, among them inadequate transport connectivity.

Infrastructural deficit- compounding a precarious crisis under the changing Climate

In the agriculture sector, which has been reported by the recently launched 2015 2nd Africa Adaptation gap report as among key sectors in Africa that will be adversely affected by climate change, with up to 40% yield reductions in major staples across the continent hence serious implications on food and nutritional security, inadequate infrastructure threatens to compound this scenario, by contributing significantly to postharvest losses and limiting access by populations to available food. In rural Africa, less than 50% of the rural population lives close to adequate roads, which compounds transportation of inputs and produce. While the need to invest in infrastructure is appreciated, ‘high upfront costs’ required in such investments constitutes a major barrier. For instance, in the transport infrastructure gap, Africa needs to invest up to USD 11billion annually to bridge this gap.

Analysis of costs is however not homogeneous. Investments needed to develop the continents airports are relatively cheaper than what would be spent on road and railway developments. Estimates of aggregate development costs for the year 2006 – 2015 document that rural roads cumulatively would require an investment of about USD 43billion, urban roads USD 20billion, railways USD 10billion while airports are at USD 8billion. While this is a glaring opportunity, the level at which the continent has tapped to this potential is dismally low. Currently, in Sub-Saharan Africa, road transport is the predominant means of connectivity and movement for passengers and freight averaging over 80% and over 60% respectively, the highest in the world. While this is the case for road transport, the intra-African airline market is at less than 1%.

The level at which the continent has tapped into its airspace potential is dismally low.Source:airliners

Regardless of Africa’s high dependence on road transport, only a third or about 30% of Africa’s rural population, which constitutes about 70% of total population, has access to these roads. The socio-economic benefits of transport connectivity earlier elucidated therefore evade a majority in the continent. In some countries, the situation is worse. The Democratic Republic of the Congo (DRC), Africa’s second largest country sprawling over 905,000 square miles, has no roads connecting one end of the country to the other, 54 years after its independence. This makes air transport the only means to travel between two distant points. Such a scenario could be the case in several Sub-Saharan African states given that some are reported as having similar low human development or even ranked lower than DRC in the human development index (HDI).

Consequently, developing the aviation sector in Africa could represent a hitherto under-exploited, cheaper alternative to enhancing transport connectivity and ensuing benefits to the continent.

While inadequate road, port, and railway infrastructure often constrains the rapid and efficient transportation of export goods as well as passengers, and the high costs needed to address this deficiency constitute a bottle neck, in addition to cheaper costs of developing African airports discussed earlier, reforming air transport policies, to facilitate an ‘open sky’ model for the African commercial airspace could offer an additional alternative, least costly route to reducing connectivity barriers to trade and development in a shorter time space. This can be done by implementing the Yamoussoukro decision. This decision provided a framework that became fully binding in 2002, for implementing the Yamoussoukro declaration of 1988 that sought to create a liberalized intra-African aviation market. Implementing the decision would mean a harmonization of air transport policies throughout the continent and a creation of an ‘open skies’ policy – a non-restricted, deregulated air services market open to transnational competition, liberalized tariffs and fair competition, and reaping the market benefits of liberalization. These include affordable fares, increased traffic, improved competitiveness and quality of service, all enhancing trade including in agriculture that could be worth an additional USD 20billion annually and tourism where 20% of tourism related jobs in the continent are supported by tourists arriving by air. By extension, considering that agriculture and tourism are underpinned by ecosystem services such as water and biodiversity, promoting earnings in these sectors through a competitive airlines industry will create a great incentive to sustainably manage these ecosystems in Africa.

As of 2013, air transport in Africa had grown by 6.6% over a decade to become the most rapid growth region globally. Source:arabia

As of 2013, air transport in Africa had grown by 6.6% over a decade to become the most rapid growth region globally. The Word Bank projects that with a potential market of about 12% of the world population, African air traffic can potentially grow at 5.7% annually, over and above the global average of 4.9%.

To fully unlock aviation potential in Africa, the need to implement the Yamoussoukro Declaration and Decision has been further buttressed by the AU agenda 2063 as among key priorities. Jointly, the Yamoussoukro Declaration and Decision set the legal basis for a liberalized commercial air space in Africa, which will see Africa reap short-run benefits including affordable fares, increased flight routes and frequencies, and lower travel times, benefits similar to European open skies, that have seen flying to an African city via Europe being cheaper and easier than a direct Africa flight. In the medium term, a liberalized air space results in air traffic growth, which has wide ranging benefits including expanding investments, trade, and tourism that translates to enhanced economic growth, productivity and job creation in the long run.

For instance in Europe, liberalization greatly increased competition on many routes, resulting in many more new routes operating, and a 34% decline in discount fares. The benefits of a liberalized African air space are immense. For instance, open skies in only 12 African countries could encourage tourism thereby create more than 150,000 jobs and add USD 1.3billion to the continent’s gross domestic product. Additional analysis of the potential benefits of open skies in Africa can be cited. For instance, an agreement of a more liberal air market between South Africa and Kenya in the early 2000s led to 69% rise in passenger traffic. Ethiopia’s pursuit of more liberal bilateral has contributed to Ethiopian Airlines becoming one of the largest and most profitable airlines in Africa. It is reported that on intra-African routes with more liberal bilateral, Ethiopians benefit from 10-21% lower fares and 35-38% higher frequencies (compared to restricted intra-Africa routes). The 2006 Morocco-EU open skies agreement led to 160% rise in traffic and the number of routes operating between points in the EU and points in Morocco increasing from 83 in 2005 to 309 in 2013.

Ethiopia’s pursuit of more liberal bilateral has contributed to Ethiopian Airlines becoming one of the largest and most profitable airlines in Africa. Source:centreforaviation

Under the changing climate no stone need to be left unturned. A liberalized African commercial airspace and developed airports represent an authentic, relatively affordable under exploited route for enhancing transport connectivity in the region, growing domestic and international trade, including trade in agriculture and affordable transportation in the continent, thus contributing toward inclusive socio-economic development for Africa.   Africa is rising and this should not be a hype cliché but one that betters prosperity and abundant life for majority of her people. The last 30 years have been phenomenal in human history and there is no doubt that Africa is set to converge. But it should also be known that this is not pre-ordained. It will depend upon, not the declarations of intent but the willingness to operationalize what has been declared for the collective benefit and prosperity of all African people.

Advertisement
Related Topics:Development
Up Next

African unity: how far have we come?