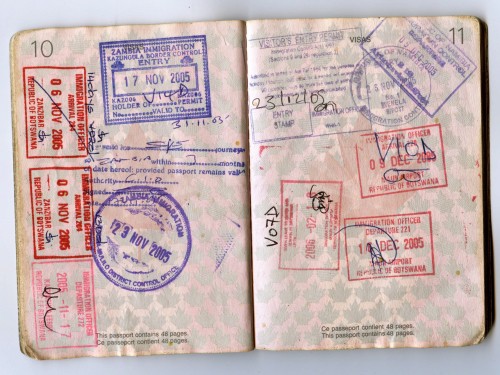 The African Union has said the free movement of citizens could be improved with the introduction of an African passport as part of its 2063 Agenda for “a continent with seamless borders”.

AU Commissioner for Political Affairs Dr. Aisha Abdullahi said on Sunday that Africa could soon become borderless and the plan for a single African passport is in progress and so far, two countries – Rwanda and Mauritius – have implemented it, Zegabi reported.

“This would also ensure the free movement of people on the continent,”

“Our people will not have to carry a visa to gain access to other African states. There will be free trade of goods” Dr. Abdullahi said at the #Africities summit.

“We have identified flagship projects, for example, [the introduction] of an African passport to ensure that Africans can move freely to every African state,” Dr. Abdullahi reportedly said.

The proposal to implement a single passport for Africa is part of the AU’s 2063 Agenda. The project, which was agreed upon last year, also aims to improve intra-African trade and to ease the movement of domestic goods between member states, Zegabi reported.

According to the African Development Bank (AfDB), “The AU’s vision is matched by a call to action to introduce an African Passport and abolish visa requirements for all African citizens in all African countries by 2018”.

Meanwhile, AfDB is finalising, “the first Africa Visa Openness Index”, which ranks African countries on the level of openness/restrictiveness of their visa regimes, which aims “to drive visa policy reforms across Africa, simplify visa application procedures and encourage positive reciprocity”.

Shooting back: the crisis of police killings in South Africa