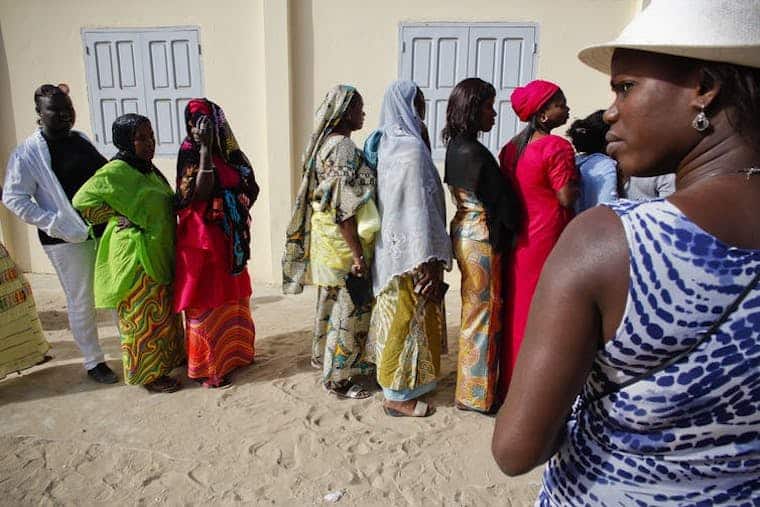 Women are less likely than men to participate in politics in Africa. This gender gap affects everything from attending community meetings to contacting elected officials, joining others to raise public issues, expressing a partisan preference and even voting.

This gap has important political consequences. The most important is that elected officials are less likely to consider women’s concerns when they’re making policies. This matters because women and men tend to have different policy preferences.

The gender gap in African politics is well documented. But it is often treated as a predictable outcome of poverty and patriarchy. It’s true that economic conditions and patriarchal cultural norms contribute to the gender gap. However, they can’t account for the wide variation in the size of the gender gap from country to country.

To understand the origins of the gender gap – the first step to knowing how to encourage women to participate at the same rate as men – I did a study to determine what country-level factors correlate with it. The aim was understand what conditions shape women’s access to, and comfort with, politics.

As I will explain, the increased participation of women in Senegal presented a good case study to examine the factors that encourage female engagement with political processes in Africa.

For the study I relied on the Afrobarometer, a public opinion survey carried out across 31 countries in sub-Saharan Africa. Using four rounds of survey data from 2005 to 2013, I put together a data set that enabled me to look at the relationship between the country-level gender gap and various other country-level characteristics.

I found a range of differences. For example, the results show that in Mozambique, one of the poorest countries on the continent, women participated more than men. The gender gap is also smaller in Sierra Leone than it is Liberia, and much larger in Zambia than in Malawi.

But the gender gap was virtually nonexistent in countries with higher rates of female representation in the national legislature (around 40%). Here women participated at 93% the rate of men.

Senegal provides an illustrative case of this.

The case of Senegal

This sudden change coincided with another major shift in Senegalese politics. The government instituted an aggressive gender quota that increased the percentage of women in the national legislature from 22% to 43% over a single election in 2012.

While the quota itself reshaped the nature of the Senegalese legislature, it was the national conversation and the government’s demonstration of support for women that appear to have encouraged women’s sudden increase in political participation.

Whether this shift will remain a permanent fixture of Senegalese society remains to be seen. But the case of Senegal illustrates a key mechanism linking women’s legislative representation to women’s political participation: a sense of government responsiveness, and particularly responsiveness to women’s issues.

Countries can’t rewrite their histories. But they can change contemporary political institutions. If governments are serious about increasing women’s rates of participation in politics, there are certain steps they can take. They can increase women’s legislative representation and and they can respond to women’s demands. Both can be powerful enough to overcome other barriers to women’s involvement.