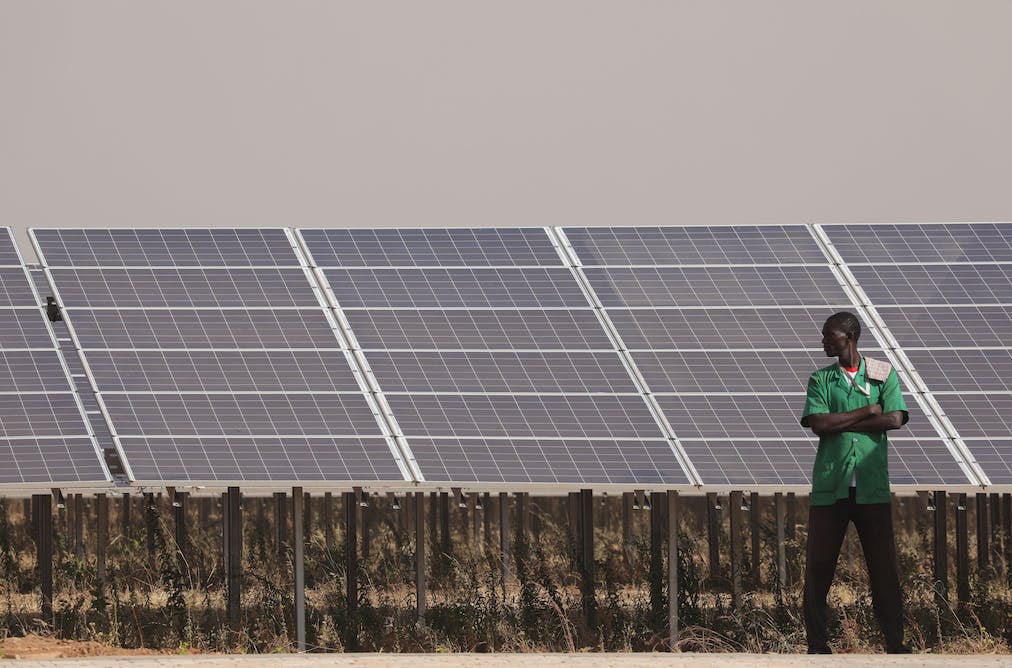 Averting a climate disaster without compromising economic growth and development is a key issue for African countries. Energy production and use is the single biggest contributor to global warming, accounting for roughly two-thirds of human-induced greenhouse gas emissions. Yet, electricity use and access are strongly correlated with economic development.

To close these gaps, energy demand on the continent is expected to grow by 60% by 2040.

Sufficient energy is essential for most economic activities. Coal, petroleum and natural gas made a significant amount of productive energy available during the industrial revolution. This led to human health and welfare improvements. Cost effective and abundant energy is a key driver for economic growth.

African countries will find it hard to grow their economies and pull their people out of poverty if they can’t take advantage of their abundant energy resources. For example, Africa holds 13% of the world’s remaining recoverable gas resources.

So the global effort to cut the use of these resources presents a barrier to Africa’s growth, unless sufficient financing is available to fully transition to renewable and sustainable fuels at a scale needed to support economic growth.

Over the past few years, the West has been taking a rather coercive approach to Africa’s decarbonisation – the removal or reduction of carbon dioxide (CO2) output into the atmospher. They’ve cut back financing for gas and coal energy projects in Africa, while still pursuing their own new gas and coal deals. In addition, an analysis by the International Renewable Energy Agency showed minimum global renewable energy investments in Africa (only 2% out of all the renewable energy investments in the world) over the last two decades.

Without the West’s backing, Africa’s energy decisions might solely rely on resource abundance and cost efficiency. This could lead to further dependence on fossil fuels.

Global environmental problems such as climate change require cooperation at the local, national and international level. The West’s support for Africa is essential to align global decarbonisation targets with regional realities.

Without support to maximise the available resources, economies of scale, cost efficiencies, capacity building, and the potential to electrify large numbers of the population, a focus on renewables alone becomes unjust and unrealistic for Africa.

Just electrification in a net-zero world

My research interests focus on energy production and sustainable development. The need to invest in alternative, sustainable fuels to meet the projected demand is critical.

One of the main challenges at COP27 – the 2022 United Nations Climate Change Conference – will be agreeing on who decides when and how countries ought to transition to net-zero emissions. Put simply, net zero means cutting greenhouse gas emissions to as close to zero as possible.

Conversations at COP27 should centre on Africa’s interests in order to advance a “just transition” for all. A just transition is one in which social and economic opportunities of climate action are maximised, while challenges – such as inequitable distribution of benefits and costs – are minimised.

Africa bears the brunt of climate change impacts without being responsible for them. This undermines the opportunity to create a just energy transition for all with fair assignment of climate responsibility.

Negotiations must find pathways for Africa to deliver electricity for economic empowerment, while depending less on harmful fuels.

Deep decarbonisation and net-zero world goals are paramount to combating the climate crisis. However, the pace and methods of achieving them might come at the cost of leaving millions in the dark with little access to electricity.

A new polycentric model of international climate governance is needed. The old one resembled an era of hierarchy and power concentration in fewer countries. This led to a lack of cooperation at the international level.

The polycentric model could help facilitate the understanding on the need to advance access to electricity while mitigating the climate crisis. This cooperative governance model could correct the past inequitable distribution of benefits and costs by implementing the following three main principles:

COP27 should embrace the notion that the decisions that shape the lives of Africans should be shaped by Africans.

The people affected by climate change should decide when and how to transition to net-zero emissions. Autonomy and partnerships should characterise international cooperation.

Renewable energy – such as solar, wind and hydro power – is an attractive option. In Africa, women and children die from household air pollution due to the reliance on wood, charcoal, or coal as energy sources. Citizens are further affected by forced displacements that occur to accommodate large fossil-based energy infrastructure, like power stations.

A shift away from these practices would allow for a more people-centred clean energy future. There’s an opportunity to bypass a centralised energy system based on fossil fuel. It could be based on renewable energy instead, distributed through mini grids. If done right, this could provide full electrification without the cost of creating coal or natural gas power plants. Some of these power stations will be stranded anyway in the move away from fossil fuels.

The path to just electrification

Working together to balance clean energy and electrification in Africa will be a gradual process. The key enabling factor in this process is financing. Financing is needed for new technologies, resilient infrastructure and building people’s capacity.

COP27 is Africa’s turn to map this path.

Related Topics:AfricaClimate change
Up Next