Drums of war were beating for almost two years. Why Ethiopia’s conflict was avoidable
Advertisement 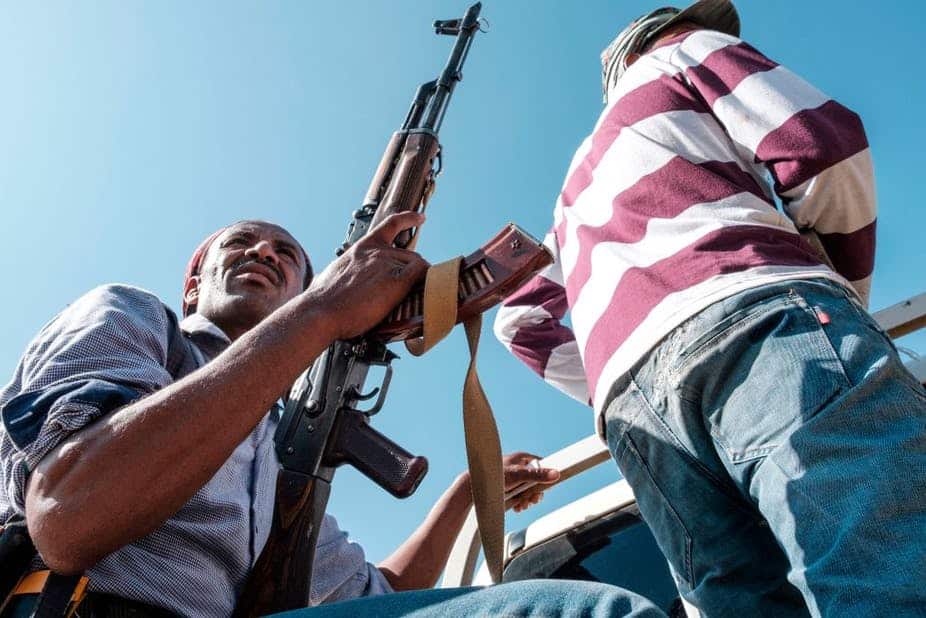 I grew up in Ethiopia during the days of the military government. For years before its overthrow in 1991, the national army was locked in a protracted war against rebel movements in the north. It was common in those days to hear state media reporting the capture or recapture of towns from rebel forces. The parading of prisoners of war made daily headlines.

However, you would hear a completely different story if you had the courage to tune in to rebel broadcasts, which were banned, or foreign radio. I remember my father making sure that the door and windows of our house were securely closed before tuning into Voice of America Amharic.

Thirty years later, Ethiopians faced another bout of internal armed conflict in the north and found themselves again glued to radio and television not to miss the news about advancing and retreating armed forces. And it’s just as hard to verify reports since telephone and internet links to Tigray have been cut and access tightly controlled since the fighting began on November.

The federal government launched a military offensive against the regional government of the state of Tigray in retaliation for its attack on the Northern Command of the federal army stationed in the capital of the state government. Since then, the conflict has escalated markedly.

While the Ethiopian federal government controls the federal police and the national army, the Constitution allows each of the country’s 10 states to deploy its own police force to enforce their laws. In addition, some of the states have heavily armed special forces.

Though the conflict appeared to have begun abruptly, the drums of war were beating for almost two years. The seeds of the current conflict were sown even earlier when public unrest erupted against the government, in power for almost 27 years, five years ago .

The protests eventually led to political realignment within the ruling Ethiopian Peoples Revolutionary Democratic Front, a coalition of four ethnic based parties. The end result was the dislodging of the Tigray People’s Liberation Front as the dominant member of the coalition and the election of Abiy Ahmed as prime minister in April 2018.

Outwardly, the political configurations seemed to have taken place smoothly. But it did not take long before cracks within the ruling party started to emerge. The Tigray People’s Liberation Front, whose leaders retreated to their stronghold state of Tigray, complained of ethnic marginalisation and economic sabotage.

Had the national government and Tigray state government attempted to engage in intergovernmental dialogue, things might have turned out differently.

On March 31, Ethiopia’s National Electoral Board announced that, due to the COVID-19 pandemic, national elections would not be held as scheduled. The decision gave rise to a constitutional conundrum. The Constitution, it appears, has no definitive answer regarding the fate of an incumbent whose term comes to an end before an election is held in the country.

Therefore, the national parliament sought advice from the House of Federation. This second chamber of the Ethiopian federal parliament ruled in favour of extending the term of the office of the incumbent administration until the next elections are held.

But not everyone supported the decision of the government to seek guidance from the House of Federation. Nor with the decision that was rendered by the House. The state government of Tigray and a number of other opposition parties deemed the move as illegitimate control of power. They called for a national dialogue that should lead to the establishment of a transitional government.

Tigray took its opposition further by establishing its own electoral board and holding an election. After carrying out its election, Tigray declared the federal government illegitimate and withdrew its members of the federal parliament.

The intergovernmental tension was further exacerbated when the House of Federation suspended the transfer of funds to Tigray state government. It elected to work directly with local governments in Tigray, bypassing the state government. Tigray reacted by making public its intention to withhold all federal taxes collected in the state.

One would have hoped that Addis Ababa would first see out the full implementation of the use of the power of the purse to resolve the tension. But instead the country was plunged into a military conflict to resolve intergovernmental disputes.

Although a constitutionally valid option – and more tempting once Tigray attacked the Northern Command – it was a politically unwise move that is fraught with disastrous consequences. A federal intervention in Ethiopia is not what we see in other federal countries, given that some of the state governments command a heavily armed force in the form of a special police force.

The state of Tigray is reported to have 250,000 strong well-armed militia and special force. A federal intervention that happens under this context unavoidably becomes an armed conflict, if not a civil war.

That is why the claim of the current administration that it is pursuing a law enforcement operation falls flat in the face of reports of the rocket missiles and air bombardments dominating the news about the conflict.

Instead, matters were allowed to fester through demonstrations, press releases and wars of words that only served to deepen the rift among communities.

The state government of Tigray expressed its willingness to engage in a dialogue. But, it said it was not interested in a bilateral dialogue that aimed at resolving the conflict between the two governments. It insisted that the dialogue should include all opposition parties and other stakeholders.

It was expected that Abiy could only see this as a call to gang up against his administration and oust him from office, making the demand a non-starter. On the other hand, his government has rejected efforts by international powers to halt the deadly fighting as interference in internal matters. This is an odd argument coming from a prime minister eager to play peacemaker in neighbouring countries.

Perhaps, what was – and still is – needed is a negotiation that aims at de-escalating the conflict between the two governments. The rest can wait for another day. The country cannot afford the continuation of the conflict that has already cost thousands of lives, created enabling environment for massive human rights violations, further deepened communal divisions and made the continued existence of the country more precarious than ever.

A version of this article was first published in Verfassungsblog.

Trump’s legacy in Africa and what to expect from Biden