Fear dominates the lives of Nigerians: the consequences are dire
Advertisement 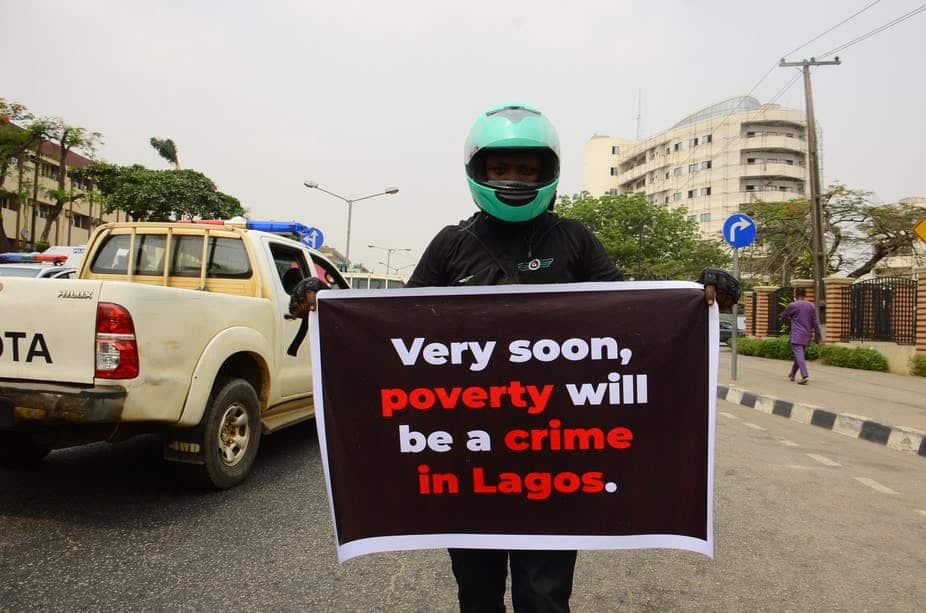 Nigeria is fast drifting toward a failed and badly divided state…

Of course, Obasanjo’s statement is self-serving. The political class refuses to accept any responsibility for six decades of venal governance. In blaming President Muhammadu Buhari, Obasanjo conveniently ignores his own eight years as president, during which time civilians inherited the state apparatus from their military predecessors and insistently retained the same corrupt, abusive system of (mal)governance under the new, allegedly democratic dispensation.

Often it was simply a matter of changing from officer’s uniform to mufti; old Nigerian wine in new bottles. Nevertheless, there’s more than a little truth to Obasanjo’s contention regarding looming state failure.

My research has concentrated on the Boko Haram insurrection. One question I’ve sought to answer is why so many otherwise “normal” people would join or support what is, ostensibly, a group of maniacal, deranged, religious fanatics. The answer always points in one direction: the near universal absence of even the most minimal form of effective, human-oriented governance. Desperate straits can drive even normal people to desperate solutions.

The above is not meant as a defence of Boko Haram; rather an explanation. It’s meant to draw attention to a cause and effect relationship. The alienation and viciousness exhibited by Boko Haram did not suddenly appear, as if by fate, from nowhere.

While the northeast insurrection is obviously the most prominent, the post-colonial Nigerian state is arguably unravelling in all parts of the country: shilla boys, secessionists, bandits, highwaymen, vigilantes, kidnappers, jihadists, bank robbers, terrorists all presided over by a rent seeking political class of parasites and predators voraciously looting the public weal and abusing their trust. Safe behind their high walls and protected by the security forces, they remain oblivious to the lived experience of the vast majority of Nigerians.

Bountifully endowed with human capital, an enormous internal market, fecund land and multiple natural resources, Nigerians should be prosperous. Instead they are desperate and ruled by a political class which has squandered the national patrimony through decades of feckless governance. Nigeria’s best and brightest emigrate as soon as possible to the more accommodating, more meritocratic climes of Western Europe and North America.

Fear dominates a Nigerian’s life. Jibrin Ibrahim, a prominent intellectual and chair of the editorial board of Premium Times, recently wrote:

The climate of fear in Nigeria today is palpable. We are afraid of the insurgents, of the security forces, of the Civilian JTF and the vigilante groups that we ourselves set up. We live in terror because each week, our president assures us that the situation would improve, but it only gets worse.

If you’re rich you hire your own. If you’re poor you simply take your chances. Most are poor.

The trouble with law enforcement

This would not have surprised Frantz Fanon, French West Indian psychiatrist and political philosopher, who while observing the political class then coming to power in Africa, presciently predicted the consequences. The mode of governance Fanon saw emerging six decades ago is also responsible for virtually all of the conditions mentioned above by Obasanjo and Ibrahim.

The Nigeria Police Force has been identified as the single most corrupt governmental agency. There is an almost two-thirds probability that in any single interaction with the police the citizen will be required to pay a bribe. According to a recent Amnesty International study, the Police Force functions for the most part as a criminal organisation itself. Torture and extortion are part of its modus operandi.

Police regularly kidnap (detention is their euphemism) young people off the streets and demand a bribe (bail is another euphemism) for their release. The author can corroborate the Amnesty report as he himself has paid the bail for three young people in the past eight months. There is no arrest record, no trial date and no receipt for this so-called bail. It disappears into the pockets of the recipients who allegedly share a cut with their superiors.

The Nigerian Army is little better when it comes to respect for human rights. Abuses occur constantly and everywhere, including summary executions. A Nigerian captain chasing after Boko Haram once told me, after I had said that Nigeria was obliged by treaty to adhere to international human rights law, “In the bush, I’m the law.”

The normal function of an army is to protect a nation from external aggression. Not so in Nigeria. The army is deployed – not simply stationed – in 32 of the country’s 36 states. The primary duty of the Nigerian Army is to provide what elsewhere would be “police” functions; keeping public order, protecting property. Primarily this defence is of the governing kleptocracy. Human rights exist primarily for those who can afford to pay for them.

Nigeria may not be the most poorly governed state on the planet but it’s certainly a contender. In looking at the causes of the Boko Haram uprising I have come to the conclusion that at base is what I call comprehensive social deprivation. I use this term to describe the lived reality of more than three-quarters of the Nigerian population. It includes statistically measurable factors such as poverty, (un)employment, education, and lack of access to health care and housing.

It also embraces more subjective indices such as feelings of marginalisation, the absence of any realistic way of bringing about political change, desire for vengeance for state abuses, envy and resentment of the ostentatious consumption of the dominant political class; feelings of impotence in the face of Leviathan – hopelessness.

Boko Haram or a variety of other anti-state organisations (criminal, terrorist, secessionist, religious) give hope to the hopeless.

Amilcar Cabral, one of Africa’s foremost anti-colonial leaders, once proposed that the petty bourgeois nationalist class leading the independence struggle commit class suicide once in power. In other words, they would cease to exist as a class. Given six decades of reality such an idea now seems hopelessly utopian.

The answer? Free and fair elections resulting in sustained, honest, efficient, clean governance. For Nigeria, not likely any time soon.

Related Topics:InequalityLeadershipNigeriaProtestsSocial justice
Up Next

#ShutItAllDown in Namibia – the fight against gender-based violence