Guinea has a long history of coups: here are 5 things to know about the country
Advertisement 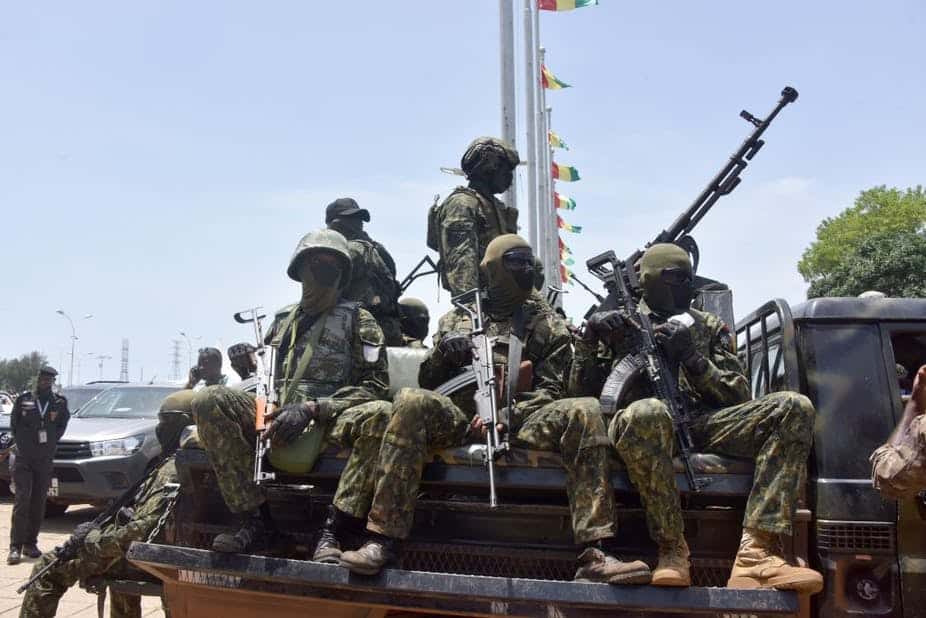 On September 5, officers of an elite special forces army unit overthrew the 83-year-old Guinean President Alpha Condé in a coup. The nation of 13 million is now under the control of junta leader Colonel Mamady Doumbouya, who has dissolved the government and made a series of pronouncements. These include an assurance of calm to the vital mining sector.

The coup was greeted by celebrations on the streets. It has also received the backing of opposition leader Cellou Dalein Diallo. But there is a lot of uncertainty as to what happens next.

Here are five things that observers should know about Guinea as events unfold.

1. Guineans were frustrated with Condé’s presidency. But their frustrations go beyond him.

Condé became president in 2010 in what was widely regarded as Guinea’s first democratic presidential election. The election was not itself without problems, including allegations of fraud and episodes of violence. A longtime political opposition party leader, Condé had spent decades exiled in France and had even served part of a prison term in Guinea accused (probably falsely) of trying to overthrow the government.

When Condé was elected, infrastructure was poor. Running water and electricity were scarce, roads were poorly maintained and schools and hospitals were under-resourced. Employment opportunities were few, and those that paid a living wage were almost nonexistent. Police and military forces reputedly extracted bribes from the population rather than protecting it. Political dissent was met with violence.

He pledged to boost the economy and bring much-needed improvements to the national infrastructure.

But results were mixed. Large-scale mining projects have failed to benefit most citizens. A dam intended to expand access to electricity has displaced thousands of people. And political dissent has continued to be repressed. A common critique of the government is that little has been accomplished since independence.

Still, Condé was reelected in 2015. And instead of leaving office at the end of his second term in 2020, he held a referendum on a new constitution in 2019, resetting the clock on his two-term limit. He ran for and won a third term in 2020.

From 2019 to 2020, Guinean security forces responded to popular demonstrations against the referendum and the controversial elections with lethal violence, killing scores of civilians and wounding many more. Protesters and opposition leaders were also arrested in large numbers.

2. Guineans are celebrating the coup, but still fear the military.

Videos of Guineans dancing in the streets and cheering as pickup trucks full of soldiers parade through Conakry have made the rounds on social media. But Guineans have experienced military rule before, and they know the consequences can be dangerous.

When president Sekou Touré died in office in 1984, a group of army officers staged a coup d’état. Their leader was Colonel Lansana Conté, who declared himself president and remained in office until he died in 2008. The later years of Conté’s rule saw multiple instances of military violence against civilians, most notoriously during a series of popular demonstrations in 2007.

As soon as Conté died, yet another junta took power. This one was led by Captain Moussa “Dadis” Camara. Dadis was initially popular for his public condemnations of the Conté administration’s abuses, but he began to lose support when he hinted that he intended to remain in power.

When political opposition party leaders organised a rally in Conakry’s national stadium to protest the junta’s continuing hold on the presidency, soldiers barricaded the stadium and fired into the crowds, killing at least 150 people and brutally raping dozens of women.

Dadis was removed from power and multiple military and international actors collaborated to organise the democratic transition of 2010, in which Condé was elected president.

3. Guinea is rich in resources, but that hasn’t helped most Guineans.

Guinea’s economy is built on its mineral wealth. It has the world’s largest known reserves of bauxite, the ore used to produce aluminium. The country also has significant deposits of iron ore.

The economic uncertainty following the coup has led to spikes in bauxite and aluminum prices on global markets.

Condé made the mining sector a high priority, and Guinea’s bauxite production increased massively during his presidency. But while mining accounts for some third of the nation’s economy, most Guineans haven’t benefited from it. Instead, many have experienced its impacts on land and water as actively harmful to their agrarian livelihoods.

4. Guinea is ethnically and linguistically diverse. New leaders might seek to manipulate these differences.

One of the legacies of Guinea’s post-independence socialist period, where the government emphasised national unity above all, is that Guineans were hesitant to prioritise ethnic identity over national identity. Guinea’s ethnic groupings are complex and include the Peul people (also known as Fulbe), the Malinke (also known as Maninka), the Susu, and the Forestier people. Forestier is a collective term referring to members of many smaller ethnic groups in Guinea’s Forest region.

However, this shifted significantly with the 2010 presidential elections, when Condé, who was from the Malinké group was pitted against Cellou Dalein Diallo, a Peul.

The population split its allegiance between the two candidates along ethnically defined boundaries. Condé’s repeated victories over Diallo at the polls in 2015 and 2020 resulted in a polarisation between their parties — which rely on ethnically cultivated bases.

Colonel Doumbouya seems for the moment to have attracted the support of Guineans across ethnicities. He has not framed the military takeover in ethnic terms, speaking instead of carrying out the will of “the people”.

But as events unfold, he and other figures in the military (where Fulbe are under-represented) may try to play on ethnic loyalties and differences to consolidate their power. Leading political opposition figures may do the same, given the opportunity.

5. Guinea has never had a war. But its people have endured tumultuous times, and more may be imminent.

Guinea has never had a war, though it has many of the common predictors for one. These include conflict in neighbouring countries, severe poverty, ethnically polarised politics, and a history of oppressive governments.

Conflict in Guinea would have dire effects on the West Africa region. But even if the country continues to avoid war, Guineans may well find themselves in increasingly tenuous positions during the current military takeover and a future transition to a civilian government.