As the presidential campaign gets into high gear and with only 48 days to the general election, a key plank of Raila Odinga’s support group has been presumably very quiet and less and less visible from the public.

For the better part of 2021, the Mt Kenya Foundation (MKF) was very much in the limelight, meeting with the Azimio alliance presidential candidate in carefully choreographed business bashes, cocktail parties, prayer meetings and even in public rallies. Then bang, come 2022, the meetings gradually petered away.

Or let’s put this way, their soirees are no longer being reported by the mainstream media, including their “in-house” media house, the Royal Media Services (RMS) owned by S.K Macharia, one of the foundation’s mogul.

Two weeks ago, I had a lengthy discussion with one of their members, who told me nothing happened, just a tactical retreat, “our position and support hasn’t changed; Raila is still our preferred choice, we only decided to continue lending our support away from the public glare.”

The foundation still funds some of his presidential campaigns, but discreetly; “our people (Gikuyu, Meru, Embu Association GEMA) were not (and are not) enthused by our (open) support for Raila, we were getting a lot of flak from them and we reckoned it wasn’t helping his and our cause. Nothing will sway GEMA from not voting for Raila. That’s the brutal fact.”

Nothing will sway GEMA from not voting for Raila. That’s the brutal fact

It’s not only MKF that has faded away from publicly declaring their support for Raila: the council of elders, which in October 2020 made a hyped trip to Bondo, the ancestral home of the Odinga family, in Siaya County have equally gone mute. “After that trip, the (Kikuyu) people shunned our activities and seemingly avoided us,” said one of the council elders to me recently. “They didn’t take well to our partisan and public support of Raila.”

The MKF, which was formed in 2007, comprises among others, captains of industry, very senior and influential civil servants and powerful politicians. The year 2007 was a critical juncture in the politics of Kenya: President Mwai Kibaki, who died in April 2022 was going to face Raila in the coming December presidential elections. 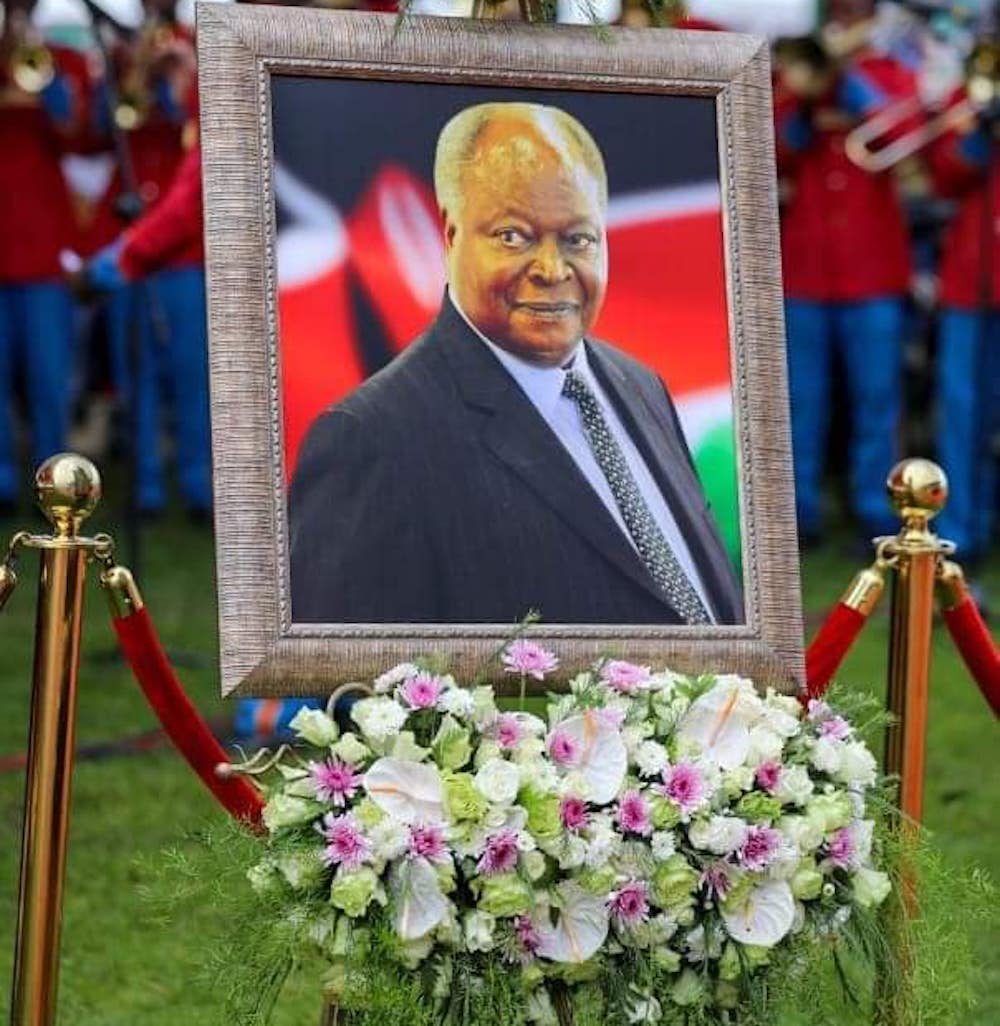 Although Raila had helped Kibaki clinch the presidential seat in the crucial 2002 general elections, against the young and greenhorn duo of Uhuru Kenyatta and William Ruto, Kibaki, by the end of his first term had become Raila’s nemesis. Under the banner of Orange Democratic Party (ODM), Raila had already sent shivers among Kibaki’s party ranks that in 2007 elections ODM was ready to wrestle power from him.

Formed in 2007, the MKF comprises among others, captains of industry, very senior and influential civil servants and powerful politicians

It is against this backdrop that some of the richest GEMA fraternity coalesced together and formed the foundation. Basically, it was a platform for raising money for Kibaki’s second term campaigns. Not ready to witness another change of rear guard, when they had only began consolidating their riches, after 24 hiatus of President Daniel arap Moi’s reign, this ethnic group was not about taking any chances.

Raila’s formidable campaign, albeit disorganised, was real: on the cusp of capturing power from Kibaki, who was now running under a newly and quickly cobbled party – Party of National Unity (PNU), the Electoral Commission of Kenya (ECK), the precursor to the Independent Electoral and Boundaries Commission (IEBC) started relaying startling results.

It is now history what the end result of this “startling results” heralded for Kenya: Post election violence (PEV), internally displaced people (IDPs), 600,000 and more of them and unmitigated deaths officially given at 1000 by the state, but recorded figure by non-governmental organisation (NGOs) placed the numbers at three time as much.

The MKF is not entirely a new invention – in 1996, some of the richest Kikuyus from Central Kenya came together to form the Central Province Development Support Group (CPDSG). The group was an antecedent to GEMA–KAMATUSA (Kalenjin, Maasai, Turkana, Samburu) peace talks. The “supposedly peace group” was initiated to presumably stem (ethnic and post-election) tensions that came about after the first multiparty elections in 1992.

The talks were also supposed to re-settle victims of the so-called tribal violence that had erupted in the expansive Rift Valley Province and which mostly affected the Kikuyu people. The crux of the matter is that, this elite cabal that was again composed of influential civil servants, rich business people and powerful politicians was an informal lobby group that sought to campaign for the hated ruling party Kanu and Moi in central province.

Then, as now, one of the constant figures among these men, has been S.K Macharia. He belonged to CPSG, just like he belongs to MKF. Then as now, MKF, as indeed CPDSG, is a lobby group that is more than anything else, primarily concerned with its business interests’ survival.

William Kabogo, the first Kiambu County governor, who is seeking to reclaim his seat again in 2021 wrote on his twitter handle: “If you care to know, Mt Kenya Foundation specializes on fundraising, but the big question is; do the funds go to the intended purpose? Your guess is as god as mine. Caveat emptor.”

The MKF consists of among others, Mutuma Nkanata, the coordinator of MKF and the CEO of NGO coordination board – the regulatory board for NGOs in Kenya. He is also the chairman of Kirimara Sports; a Meru-based sports development organisation.

The former Kenya Revenue Authority (KRA) boss Michael Waweru. Waweru was appointed commissioner-general of KRA in 2003 by Kibaki, whose contract ended in 2012. An accountant by profession, he was the managing partner at Ernst & Young (EY) – East Africa until 2002.

Peter Munga, founding chairman of Equity Bank group and one of its largest shareholders is also a shareholder at Britam, the financial service conglomerate and founder of the Pioneer Group of Schools.

Politician and former MP Dennis Waweru. Waweru is the chairman of Alexander Forbes Group – today the Zamara Group and businessman Wilfred Murungi, who is the owner of Mastermind Tobacco Kenya (MTK).

In one of the Raila meeting organised by MKF, on September 28, 2021, its communication director, Joe Murimi said; “The Tuesday (September) meeting between MKF and Mr Odinga is also with a view to coordinating resource allocation and setting priorities for the region’s economic turn-around ahead of 2022. We’re listening to all presidential contenders and our interests as a region are way bigger than only the position of a deputy president. Before that, the foundation had already met Raila in June.

Our work was to tarnish Raila’s name, but now we must change that narrative and tell our people that that was politics then

At that meeting governor Francis Kimemia of Nyandarua County, confessed that the Kikuyu political class had peddled falsehoods against Raila: “Our work was to tarnish Raila’s name, but now we must change that narrative and tell our people that that was politics then. He asked the class to help undo the lies.”

Two months ago, in April, 2022, Kimemia campaigning in his own Nyandarua County changed tune, insinuated President Uhuru had not kept his promise on developments projects in Nyandarua. I called my friend Njenga from Rurii location, to find out was going on with governor Kimemia. “Kimemia was told by the people in no uncertain terms that campaigning for Azimio would take him nowhere, so, he got the drift, changed tune and started bashing President Uhuru.”

As MKF makes a tactical retreat in its support for Azimio, it is not only Kimemia who has changed tune; many of the politicians from Azimio camp, seeking elective posts in Mt Kenya, are careful not to mention Azimio or even Raila’s name in their campaign rallies.